As Covid Cases Surge, CDC Does Not Legally ‘Allow’ Americans to Know Variant They Are Infected With

Covid-19 infections  are soaring across the United States in defiance of vaccination and natural immunity rates. But even as the ongoing pandemic continues to stump the experts, the Centers for Disease Control and Infection do not allow Americans to legally know the type of variant that he or she is infected with.

The legal prohibition against the ascertainment and disclosure of such Covid ‘variants’ information was reported in late August by Business Insider.

“The Centers for Medicare and Medicaid Service (CMS), which oversees the regulatory process for US labs, requires genome-sequencing tests to be federally approved before their results can be disclosed to doctors or patients,” the Insider reported. “These are the tests that pick up on variants, but right now, there’s little incentive for the labs to do the work to validate those tests.”

“I don’t think there’s a lot of motivation, quite honestly, to get that done,” Kelly Wroblewski, director of infectious diseases at the Association of Public Health Laboratories, told Insider.

“So far, Wroblewski said, more than 50 public labs in the US are capable of sequencing coronavirus samples to detect variants,” the report added. “But she’s not aware of any labs that have completed the validation process to get federal approval.”

“The process of validating a next-generation sequencing test is burdensome,” Wroblewski said. “It takes a lot of time. It takes a lot of data. It takes a lot of resources. And the thing about the variants is that variants of concern and of interest are constantly changing, so you would have to do a whole validation every time you have a variant.”

Thus, the process for discovering if a particular Covid case is a specific ‘variant’ is not currently allowed for under the law.

“The letter of the law from CMS is that if you don’t go through this full validation process, you cannot release the results with patient identifying information,” Wroblewski said.

“At this point, unless we see something that truly is going to direct your therapeutic choice at an individual patient level, there’s not a lot of benefit to a physician or a patient in knowing you have Delta,” Wroblewski claimed. “There’s nothing differently that a physician is going to do to treat that patient.”

“That makes it hard to justify the time and expense of a validating a test, she added — particularly when those resources could be used to do more sequencing,” she continued.

“If we see later there’s going to be true impact on a therapeutic that’s used to treat SARS-CoV-2, then yes, we’ll very likely change our approach,” Wroblewski said. “But at this moment, we’re not there yet.”

However, Wroblewski isn’t addressing one critical reason for determining ‘variants’ in patient cases: The vaccines may be playing a critical role in their formation.

On Friday, CNN reported that “US states that saw some of the country’s worst Covid-19 case rates over the past week also reported the highest number of new vaccinations per capita, data published Thursday by the US Centers for Disease Control and Prevention shows.”

Remarkably, the report mentions a CDC study on antibodies found in blood samples that suggests the number of Americans either vaccinated or naturally recovered from Covid is much higher than previously believed: It was a stunning 83% of the U.S. population.

“In July 2020, before any vaccine was available, 3.5% of samples carried antibodies to SARS-CoV-2, the virus that causes Covid-19,” CNN reported. “That rose to 11.5% by December, they reported in the medical journal JAMA. By May, 83.3% of samples had antibodies to the virus, most of them from vaccination.”

“And while in July 2020, blood surveillance indicated the US was only counting one infection out of every three true infections, that fell to one in two a year later,” CNN added. “This was all pre-Delta, the researchers caution. Plus, they didn’t measure the other part of the human response — one involving cells known as T-cells — and one that might induce broader immunity. But knowing who has antibodies can help inform public health efforts.”

“Several large studies have shown that among individuals who are seropositive from prior SARS-CoV-2 infection, COVID-19 incidence is reduced by 80% to 95%, similar to vaccine efficacy estimates,” they noted. 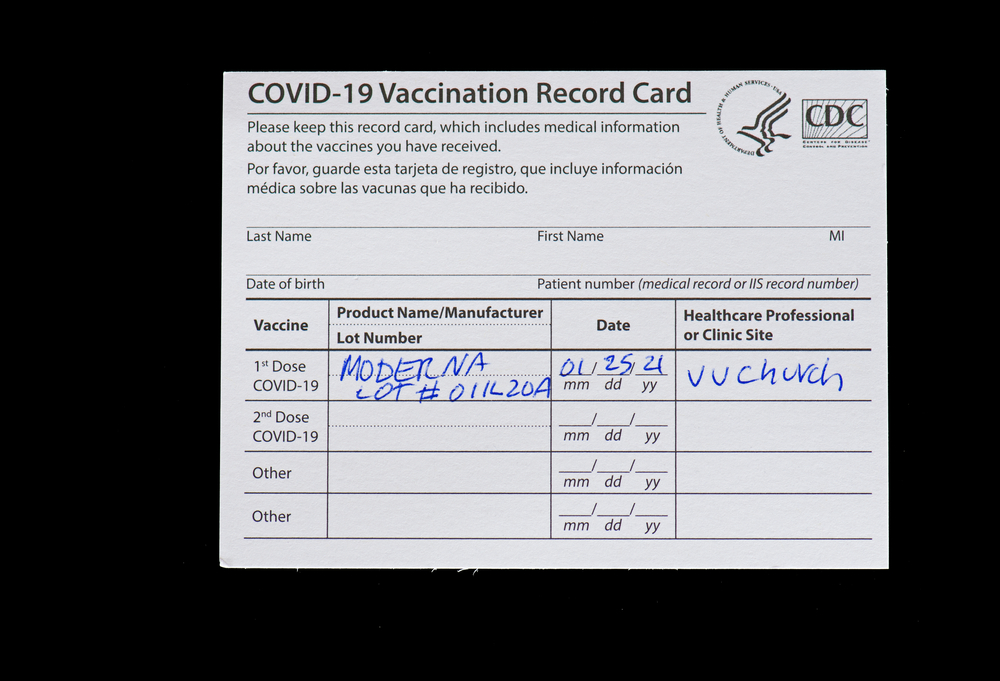 However, natural immunity is almost certainly more robust than vaccinated immunity, as national and state case studies are bearing out. In Israel, a fourth shot in its Covid-19 vaccination series is being rolled out.

“Israel is set to begin preparations to administer fourth doses of the coronavirus vaccines as the country deals with soaring cases despite its trail-blazing roll-out of jabs,” the Daily Mail reported on Sunday. “The country’s national coronavirus czar Salman Zarka said the country needs to prepare for a fourth injection, which could be modified to better protect against new variants of the virus.”

In the United States, Dr. Anthony Fauci, head of the National Institute of Allergy and Infectious Diseases, is signaling that a third shot will be recommended for Americans.

“From my own experience as an immunologist, I would not at all be surprised that the adequate full regimen for vaccination will likely be three doses,” he said on Thursday.

The vaccines demonstrably help lower the risk of hospitalization and death from Covid-19. But if vaccines are fueling ‘variants’ that will require new booster shots in perpetuity, they may be setting the world up for a real catch-22.

‘This is Our Life from Now On’: Israel, One of Highest-Vaccinated Nations, Begins Fourth Covid Shot