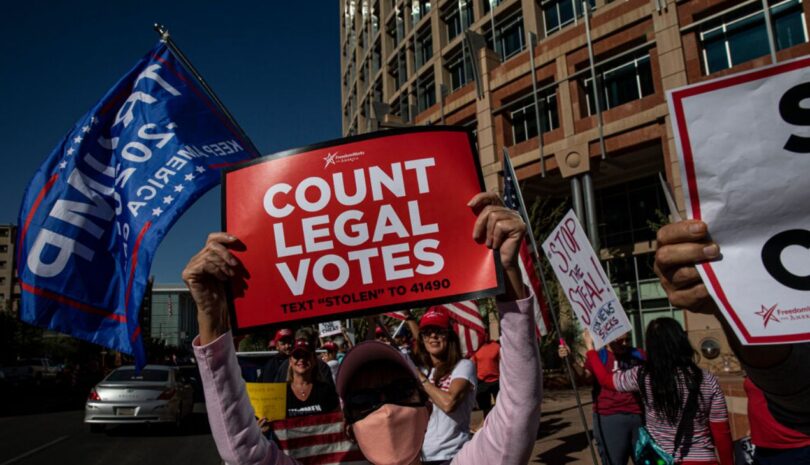 As tightly contested governor’s races in blue states provide an early litmus test for the 2022 midterm elections, the Federal Elections Commission has made an odd change to U.S. elections law that is drawing vocal condemnation from multiple fronts.

The FEC’s decision to allow ‘foreign interference’ in the form of financing campaigns regarding ballot initiatives in the United States was reported by Axios:

Why it matters: Foreign nationals are barred from donating to U.S. political candidates or committees. But the FEC’s decision — allowing them to support ballot committees — provides another avenue for foreigners to directly influence U.S. voters and domestic policy.

The Axios report provided more background on the controversial ruling:

“The decision only concerns federal law; states remain free to outlaw foreign funding for state-registered ballot committees,” the report added. The report also noted that the FEC recently rejected considering ballot initiatives as ‘elections,’ although this is a determination that is highly problematic.

“In a 4-2 vote in July, the FEC ruled ballot initiatives are not “elections” under existing federal law, and therefore the foreign donation prohibition doesn’t apply,” Axios reported. “Two sources familiar with the decision told Axios that FEC chair Shana Broussard, a Democrat, voted with the panel’s three Republicans to dismiss the underlying complaint. It alleged illicit foreign funding for a ballot committee in Montana.”

The FEC ruling sets the stage for a ‘Pandora’s box’ of foreign interference due to the overlap between ballot initiatives and candidate positions in U.S. elections. If there is a ballot initiative on climate, for example, one that makes ‘clean air and water’ a ‘right’ (as in New York), then a foreign entity can spam New York broadcasts, airwaves and digital with ads about the climate measure, which will undoubtedly be considered a pro-Democrat policy by voters. This could also be done with abortion issue: If there is a ballot initiative about the hot button topic, then a foreign entity can fuel social conflict by paying for misleading or incendiary ads regarding the measure. The ad campaign could benefit Democrats, Republicans, or simply seek to promote chaos.

The FEC’s decision was decried by commentators across the political spectrum.

“Who is behind this ‘ruling?’” Amy Wise remarked. “Shouldn’t the actual voters of America be able to weigh in on this?”

“Welcome, Putin, MBS, and our foreign overlords!” another replied.

It is suspect that the FEC would make such a determination under the Biden administration, when the Democratic Party has spent over four years screaming about ‘foreign interference’ in U.S. elections. The topic has been used to justify everything from Big Tech censorship to accusations that the 2016 election was “stolen” from Hillary Clinton. But in 2021, foreign interference in elections is actually ‘fine,’ as the FEC has made loud and clear with its latest ruling.