As Meghan Markle Weighs Running for President, Trump Gives His Take on Her: ‘No Good’ 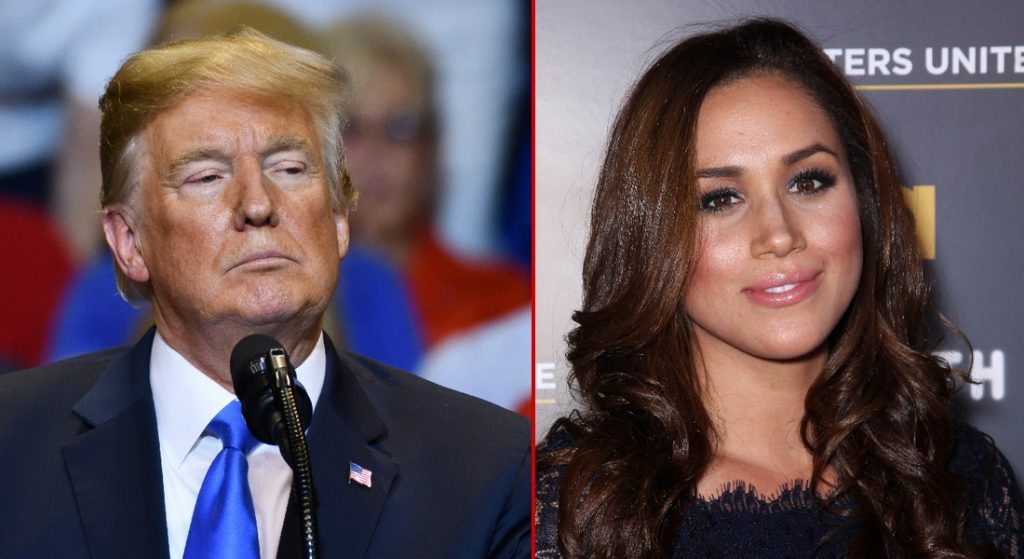 On Sunday, the Daily Mail broke the hilarious news that Markle had been in talks with a Labour Party member and she is considering a presidential bid.

“Meghan Markle will use the furore over her interview with Oprah to launch a political career which could take her all the way to the White House, if rumours circulating around Westminster last week turn out to be accurate,” the Mail reported.

“One senior Labour figure – a veteran of Tony Blair’s Downing Street administration with strong links to Washington – claimed to The Mail on Sunday that Ms Markle, 39, was networking among senior Democrats with a view to building a campaign and fundraising teams for a tilt at the US Presidency,” the report continued.

“The Blairite, internationalist and Democratic Party networks are buzzing with talk about Meghan’s political ambitions and potential backers,” the anonymous source told the Brit tabloid.

Donald Trump, who has been politically active in his post-presidential period, recently told senior adviser Jason Miller what he thought about Markle in the fallout of the Piers Morgan imbroglio.

“She’s no good… I said it and now everybody is seeing it,” Miller said about Trump’s reaction on the War Room podcast with Stephen Bannon.

“You realize if you say anything negative about Meghan Markle you get canceled, look at Piers (Morgan),” Trump said, according to Miller.

“I’m on team Piers,” Miller said Trump told him, adding, “Piers Morgan is the best, he’s the greatest, and they went and tried to cancel him simply because he criticized Meghan Markle.”

In 2019, there was a dust-up between Meghan Markle and Donald Trump over the president reportedly calling Markle “nasty.”

“I never called Meghan Markle ‘nasty,'” he said in a forcibly deleted tweet. “Made up by the Fake News Media, and they got caught cold!” he added. “Will @CNN, @nytimes and others apologize? Doubt it!”

However, Donald Trump did say during one of his press conferences: “I’m not a fan of hers… I wish a lot of luck to Harry because he’s going to need it.”

Trump on #Meghan “I’m not a fan of hers… I wish a lot of luck to Harry because he’s going to need it.” 🤣🔥#throwback #MeghanAndHarry pic.twitter.com/L8QLdrZJcI

If only Prince Harry had tweeted Trump’s warning. What might have been.