As Taliban Offers Biden Deal to ‘Unfreeze’ Assets to Extend Deadline, Huge Stacks of Cash Reported Left Behind in Afghanistan 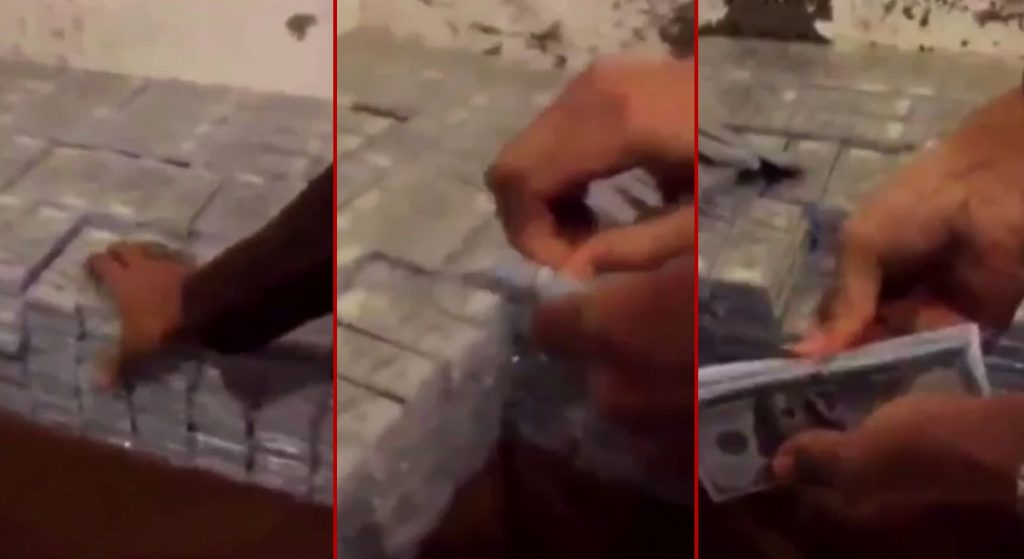 The Taliban is making the Biden administration an offer it can’t refuse. As the Kabul airport has been effectively closed off from Americans ahead of the fast approaching Aug. 31 deadline, and humanitarian flights out of the wartorn country are drying up, the Taliban has told the Biden administration to ‘unfreeze’ its assets and it may consider extending the deadline.

“The Taliban have offered Joe Biden a deal: unfreeze the Afghan funds and they will extend the deadline,” former acting Director of National Intelligence Richard Grenell said on Twitter.

The White House authorized the Treasury Department to freeze $7 billion in Afghan reserves in mid-August, shrinking a source of cash for the nascent Islamist terror state.

“Treasury Secretary Janet Yellen and officials in the Treasury Department’s Office of Foreign Assets Control made the decision, according to The Washington Post,” a Fox Business report said. “The State Department was also involved in discussions over the weekend, with White House personnel are monitoring the developments.”

“Any Central Bank assets the Afghan government have in the United States will not be made available to the Taliban,” a Biden administration official told Fox Business.

The news comes as huge stacks of cash have been reported to be left behind in Afghanistan. A recently released video sent to Becker News shows stacks of hundred dollar bills being unwrapped.

Former Acting Director of National Intelligence Grenell independently showed the video in a clip posted on Twitter, along with piles of U.S. military weaponry.

In addition to the huge cash piles that are documented to be left behind in Afghanistan, there are tens of billions of dollars in U.S. military weaponry and equipment that were left in country after President Biden’s hasty exit from Afghanistan.

“The Taliban now has access to $85 billion worth of American military equipment and the biometric data of the Afghans who have assisted soldiers over the past 20 years, a Republican congressman has warned,” the Telegraph reports.

“Jim Banks, a former US Navy reservist, said that the vast amount of hardware left behind includes 75,000 vehicles, 200 airplanes and helicopters and 600,000 small arms and light weapons,” the report added.

“The Taliban now has more Black Hawk helicopters than 85 per cent of the countries in the world,” Banks said in a speech in Washington.

Meanwhile, the U.S. has held secret meetings with the Taliban in an effort to guarantee the stranded Americans safe passage, the Washington Post revealed in late August.

“CIA Director William J. Burns held a secret meeting Monday in Kabul with the Taliban’s de facto leader, Abdul Ghani Baradar, in the highest-level face-to-face encounter between the Taliban and the Biden administration since the militants seized the Afghan capital, according to U.S. officials familiar with the matter who spoke on the condition of anonymity to discuss sensitive diplomacy,” the Post reported.

“President Biden dispatched his top spy, a veteran of the Foreign Service and the most decorated diplomat in his Cabinet, amid a frantic effort to evacuate people from Kabul international airport in what Biden has called ‘one of the largest, most difficult airlifts in history’.”

“The CIA declined to comment on the Taliban meeting, but the discussions are likely to have involved an impending Aug. 31 deadline for the U.S. military to conclude its airlift of U.S. citizens and Afghan allies,” the Post added.

The Biden administration has thus far failed to move the Taliban on extending the August 31 deadline to evacuate all Americans out of Afghanistan. The Taliban leaders have warned of “consequences” if the United States cannot conduct all evacuation and extraction missions by that deadline.

The secret CIA meetings with the Taliban show that President Biden, who was vice president under former President Obama, is continuing his predecessor’s track record of negotiating with Islamist terror states. The most famous example came in 2016, when the Obama administration sent Iran pallets of cash.

“The Obama administration is acknowledging its transfer of $1.7 billion to Iran earlier this year was made entirely in cash, using non-U.S. currency,” the New York Post reported. The cash transfer came amid the release of U.S. hostages from Iran.

“The Obama administration quietly shipped $400 million stacked on wooden pallets in an unmarked plane to Iran in January — just as Tehran was releasing four Americans who had been detained there, according to a report,” the Post reported.

The Biden White House has surpassed even his precessor in terms of capitulation to an Islamist regime. The administration has turned over lists of Americans’ and Afghan allies’ names to the Taliban, even as ISIS-K terrorists are carrying out suicide bomb attacks that have killed Americans.

President Biden is obviously willing to negotiate with terrorists. Now that he has stranded thousands of Americans in harm’s way in a collapsing terror state — he may have no longer have a choice.

As US Military Caskets Expected to Arrive at Dover Air Force Base, Abrupt Biden Schedule Change Shows He Will Meet with Families