It has never been a serious challenge for America to manufacture basic foodstuffs. The disastrous Biden administration is apparently changing all of that.

Baby formula manufacturer Abbott had recently restarted manufacturing after shutting down due to contamination issues. But now, the factory is halting production again, due to the weather.

“These torrential storms produced significant rainfall in a short period of time, overwhelming the city’s stormwater system in Sturgis, Michigan, and resulting in flooding in parts of the city, including areas of our plant,” an Abbott spokesperson told ABC News.

“As a result, Abbott has stopped production of its EleCare specialty formula that was underway to assess damage caused by the storm and clean and re-sanitize the plant,” the spokesperson continued. “We have informed FDA and will conduct comprehensive testing in conjunction with the independent third party to ensure the plant is safe to resume production.”

CNBC reports that Abbott and other producers continue to make formula at “higher-than-average rates.”

“This means that the total amount of formula available, even before the Sturgis plant is back in production, exceeds the demand for formula prior to the recall,” FDA Commissioner Robert Califf said on Twitter.

“Four major companies control 90 percent of the infant formula supply in the United States: Abbott, Gerber, Mead Johnson and Perrigo Nutritionals,” the Post reported. “Perrigo produces store-brand infant formulas for major stores including Walmart, Target, Kroger, CVS, Walgreens and Sam’s Club. Only Abbott, Gerber and Mead Johnson hold the contracts for a food assistance program for mothers and young children called the Special Supplemental Nutrition Program for Women, Infants and Children (WIC). Benefit recipients are allowed to use only products made by the company contracted with their state. About half the total infant formula purchased is by WIC recipients.” 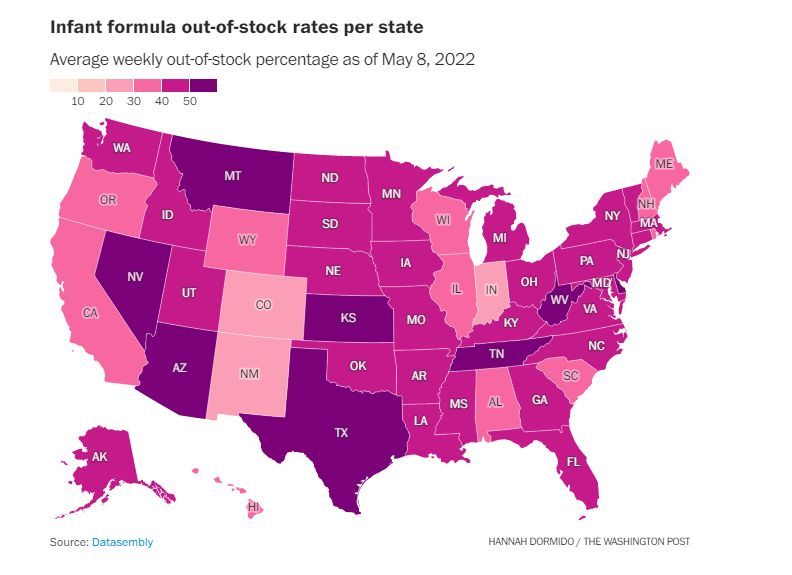 According to the Bureau of Labor Statistics, the price inflation for all baby food in 2022 was 7.80%. This is the highest on record since 1997 and more than three times the rate for the year prior. 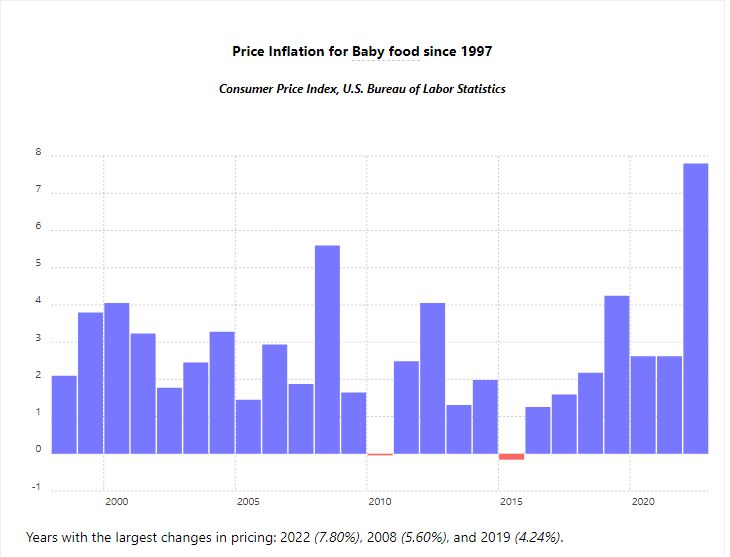 What’s Behind the Sudden Death of Thousands of Cattle in Kansas?