Bad News for Kamala Harris: Those Texas Democrats She Met With? Three of Them Got COVID

There’s bad news for Vice President Kamala Harris. Those Texas Democrats whose ‘courage’ she praised?  At least three of them have COVID. And it turns out that she met with them all.

Kamala Harris on Monday gave a message of support to the Texas House representatives who fled the state rather than vote on a new election integrity bill. In her statement was a passage that is concerning some people.

“I do want to first start by making a statement about the legislators in Texas who are showing extraordinary courage and commitment,” Harris said. “I met with them when many of them traveled to Washington D.C., we sat down and had an extensive conversation in the Roosevelt room in the White House and I applaud them standing for the rights of all Americans and all Texans to express their voice through their vote unencumbered.”

“They are leaders who are marching in the path that so many others before did it, when they fought and many died for the right to vote,” Harris added.

On Saturday, the news came out that a number of Texas Democrats who had fled the state rather than vote on an election integrity bill tested positive for COVID-19.

“They’re among nearly 60 lawmakers who fled the state Monday to break quorum in the House, part of an effort to block the passage of a GOP-led elections bill. Most members are staying in the same hotel,” the report noted.

“One member found out about their positive test result late Friday evening, but they do not have symptoms, caucus officials said,” the Statesman continued. “All House lawmakers were alerted and received a rapid test immediately following the member’s positive result.”

“Two additional members tested positive in a rapid test on Saturday morning and one has mild symptoms,” the causus said, according to the report. “The three who have tested positive on the rapid tests will receive a PCR coronavirus test, a more sensitive and accurate version of a COVID-19 test. The positive members will isolate for 10 days.”

An update from Timothy Swain confirms that all of the members are “fully vaccinated.” The caucus did not release the names of the members.

The Texas Democrats made a highly public display of exiting from the State of Texas on chartered buses and planes to avoid a quorum for voting on the election reforms. None of them were wearing masks. 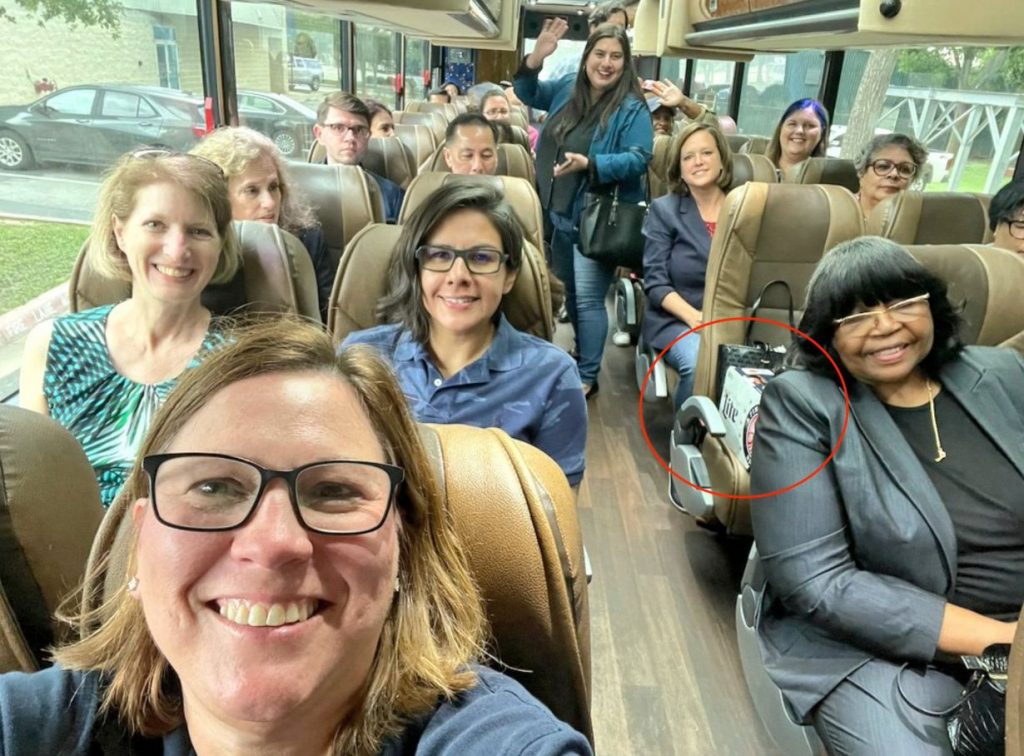 It turns out, these Texas Democrats were literally putting other Americans’ lives at risk, including the Vice President of the United States. Shame on them. Shame on them all.