Barack Obama’s 60th birthday bash appears to have been every bit the ‘super-spreader event’ that critics claimed it would be. The Daily Mail has reported that a ‘total of 74’ people have tested positive for Covid after the massive blowout.

“A total of 74 people on Martha’s Vineyard have tested positive for Covid- 19 since former President Barack Obama‘s 60th birthday extravaganza last Saturday, more than any week since April,” the Daily Mail noted.

Health officials claim that they do not know if Obama’s gathering of 300 to 400 people for his event actually led to the surge. Celebrities and political heavyweights from around the country flew to Edgartown, where they drank and danced the night away without a care.

“In the week leading up to his party, 48 new cases were reported on the island through Saturday, double the prior week,” the Mail added. “The number of cases has risen every day since then, with six Sunday, seven Monday, 10 Tuesday, 13 Wednesday, 18 Thursday and 20 Friday.”

Photographs of the president and his guests dancing closely together, failing to socially distance, and even going without masks, despite the CDC guidance that even vaccinated people should do so ‘indoors,’ were leaked to the public. Those photos were subsequently deleted, but not before they went ‘viral.’ Rapper Trap Beckham was one of the main leakers of the photos.

“Had to delete everything due to the rules,” Beckham explained. “It was epic for sure. If any videos surface it’s going viral. He danced the whole time. Nobody ever seen Obama like this before.”

One of the guests, Erikah Badu, however, did capture shots of Obama dancing. 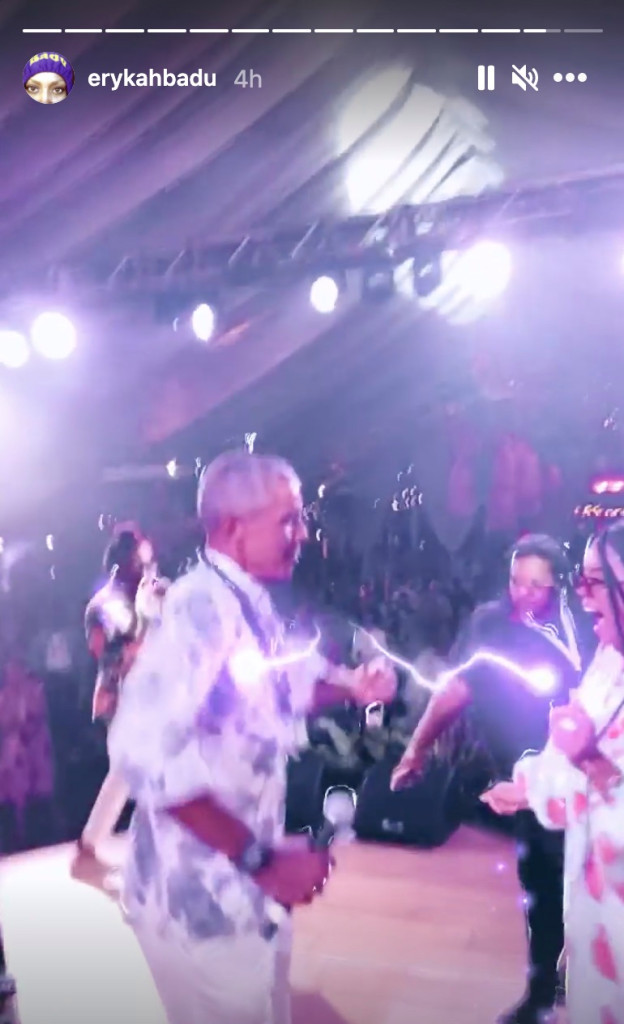 A video of Obama dancing also made the rounds, and instantly became meme-fodder.

Beckham reportedly performed the illicitly titled “Birthday B—h” for the president, according to the New York Post. Alicia Keys and John Legend also got the honor of singing to Barack.

There were other photos that were posted online that were later deleted. 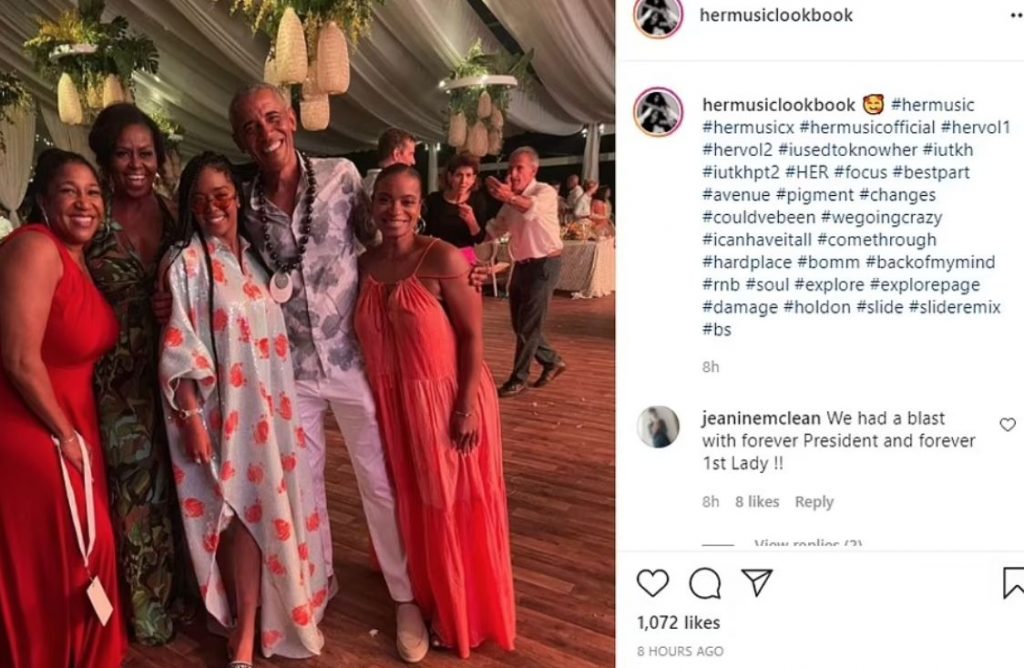 But Obama’s wild partying came at a price: He started a hashtag “maskless Obama” and “stupid spreader.”

Much like the Texas Democrats’ “breakthrough” cases following a maskless escapade to the nation’s capitol, the case surge is a bit-too-convenient for the Democrats’ narrative. The radical left’s agenda is to push COVID hysteria at all costs before the midterm elections. These stories may make the Democratic Party look bad, but they also serve to further the party’s broader agenda.

Awkward Moment in Martha’s Vineyard: Pelosi Runs Into Obama After Being Disinvited from 60th Birthday Bash