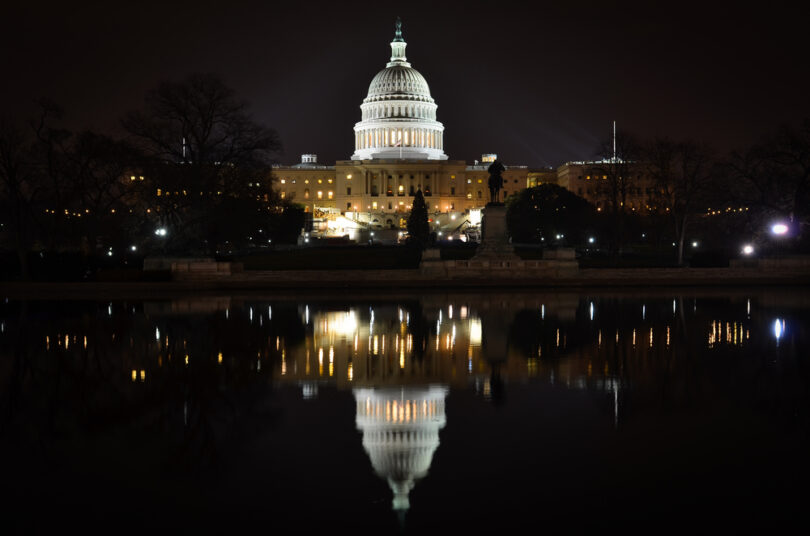 The House of Representatives has passed a dangerous bill that would establish a federal vaccination database. Alarmingly, the radical Democrats accomplished this with the help of 80 Republicans, including Minority Leader and Speaker hopeful Kevin McCarthy (R-CA).

“Eighty House Republicans voted with Democrats on Tuesday to pass the Immunization Infrastructure Modernization Act, which if passed by the Senate and signed into law would fund a federal vaccination database,” Breitbart reported.

“According to the bill, also called H. R. 550, the government would provide $400 million in taxpayer dollars to fund ‘immunization system data modernization and expansion,’ a system otherwise defined as ‘a confidential, population-based, computerized database that records immunization doses administered by any health care provider to persons within the geographic area covered by that database’,” the report noted.

The government bill would spend $400 million on an “immunization system data modernization and expansion,” a system it says is “a confidential, population-based, computerized database that records immunization doses administered by any health care provider to persons within the geographic area covered by that database.”

“The database would allow the government to notify people about when their booster shot are due,” one political observer notes. “Although the system is described as confidential, confidential in this case means confidential from the public, until of course records are indiscriminately released like has happened with the IRS, Department of Defense, Veterans Administration, or any number of high-profile government leaks and hacks.”

The House Clerk provided the party breakdown: Democrats voted unanimously for the bill (214 Yeas) and 80 Republicans joined them. 130 Republicans voted against the bill.

Critics argue the bill will allow the federal government to track unvaccinated Americans, who could be segregated, targeted, and forced to comply with the vaccination mandates.

The roll call of the bill provides as good a primary list as Republican primary voters are going to find ahead of the 2022 midterms (links to office addresses and phone numbers are provided below):

The bill’s language itself is alarming in its blunt intention to violate Americans’ privacy rights, as well as their bodily autonomy rights. Section 2824 clearly lays out the objectives.

The bill says it will do this by “supporting adoption of the immunization information system functional standards of the Centers for Disease Control and Prevention” and will support “the maintenance of security standards to protect individually identifiable health information.”

H.R. 550 also seeks to enhance “the capabilities of immunization information systems to evaluate, forecast, and operationalize clinical decision support tools in alignment with the recommendations of the Advisory Committee on Immunization Practices as approved by the Director of the Centers for Disease Control and Prevention.” It will do this by “supporting the development and implementation of policies that facilitate complete population-level capture, consolidation, and access to accurate immunization information” as well as “supporting activities to improve the scheduling and administration of vaccinations.”

“In a statement, the bill’s main sponsor, Democrat Rep. Ann Kuster (NH), said the system would be used to ‘remind patients when they are due for a recommended vaccine’ and identify areas with low vaccination rates to ‘ensure equitable distribution of vaccines,” Breitbart reported. “Notably, the bill has four Republican co-sponsors: Reps. Larry Bucshon (R-IN), James Baird (R-IN), David McKinley (R-WV), and Brian Fitzpatrick (R-PA).”

Rep. Mary Miller (R-IL), one of the 130 Republicans to vote “no,” told Breitbart News on Wednesday that the legislation would enable the federal government to “track” unvaccinated Americans who “will be targeted and forced to comply with Biden’s crazy ‘global vaccination’ vision.”

“These systems are designed to allow for the sharing of crucial information and maintenance of records. Do we really trust the government to protect our medical records?” Miller said. “The bill’s author even bragged in her press release that these systems will help the government remind patients when they are due for a recommended vaccine and identify areas with low vaccination rates to ensure equitable distribution of vaccines. This was clearly a legislative tool to enforce vaccine mandates and force their Orwellian rules onto those who do not comply.”

Disturbingly, the federal vaccination database could also be abused to target Americans who value human rights and individual freedoms. As the Democratic Party has repeatedly demonstrated, there is no part of the federal government the extremist party isn’t willing to weaponize against their political enemies.