Airbnb Announces 20,000 Afghan Refugees Housed for Free, Internet Has Great Idea Where to Send Them 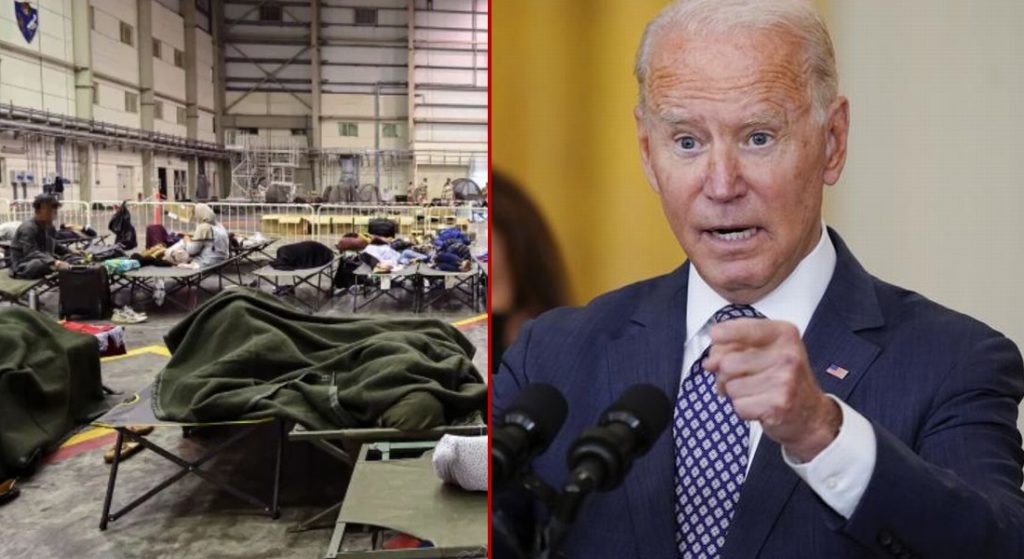 The American property rental company Airbnb announced on Tuesday that it will host 20,000 Afghan refugees at no cost to them. Airbnb CEO Brian Chesky made the announcement on Twitter.

“Starting today, Airbnb will begin housing 20,000 Afghan refugees globally for free,” Chesky said. “While we will be paying for these stays, we could not do this without the generosity of our Hosts. To make this happen, we are working closely with , NGOs, and partners orgs on the ground to support the most pressing needs.”

“The displacement and resettlement of Afghan refugees in the US and elsewhere is one of the biggest humanitarian crises of our time,” he also said. “We feel a responsibility to step up. I hope this inspires other business leaders to do the same. There’s no time to waste.”

“If you’re willing to host a refugee family, reach out and I’ll connect you with the right people here to make it happen!” Chesky added.

One popular idea going around is to house Afghan refugees in Greenville, Delaware, which is Joe Biden’s hometown. A Change.org petition has made the rounds pushing for the president to step up and own the results of his disastrous policies. The petition was mentioned by Human Events Senior Editor Jack Posobiec.

“Joe Biden says WE are going to welcome 28,000 Afghan migrants in the US, and when he says WE he means working class neighborhoods,” the petition states. “The buck stops with the President, Joe Biden has said it himself therefor Greenville, Delaware should be the first neighborhood selected for Migrant resettlement. This will take the load off of working class Americans and guarantee Afghan Migrants a higher quality of life and a warmer welcome from people who appreciate diversity. Other locations worth considering are Martha’s Vineyard, home of Barack Obama and Crawford, Texas, home of George W. Bush.”

Meanwhile, chaos has ensued since the United States’ precipitous withdrawal left U.S. citizens and Afghan allies stranded in Afghanistan. One Afghan interpreter has even called Biden and his administration “liars” over the way the evacuation was mishandled. The humanitarian crisis has spurred Airbnb to act quickly, showing once again that the private sector is often able to act more efficiently than governments.

“Over this past weekend, Airbnb.org — which is a nonprofit focused on facilitating temporary stays for people in moments of crisis like natural disasters — managed to place 165 refugees in safe housing shortly after touching down in the US, the company said,” the New York Post reported.

“Last week, the nonprofit said it gave emergency funding and support to the International Rescue Committee, the Jewish American nonprofit HIAS and Church World Service to provide immediate temporary stays via the Airbnb platform for up to 1,000 arriving Afghan refugees,” the Post added. 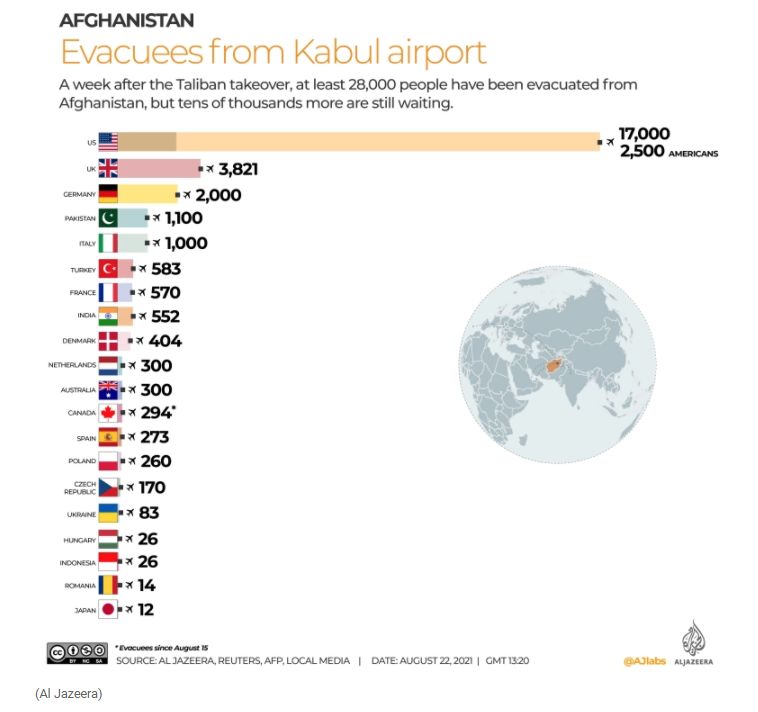 As can be seen by the recent numbers, the United States has evacuated at least 17,000 people, but only a fraction of this number — 2,500 people — have been American citizens. It is currently unknown how many Americans remain stranded in Afghanistan, but current reports cast doubt on evacuating them all by the August 31 deadline. The Taliban has warned there will be “consequences” for performing evacuations and rescue missions after the deadline.

The Biden administration has pledged that the evacuations are a top priority; it has already allocated hundreds of millions of dollars to get Afghan civilians out. However, American citizens will need to pay $2,000 each to be exfiltrated from the nation, per an August 14 memo issued by the State Department.

“President Joe Biden has allocated $500 million in new funds for relocating Afghan refugees following the Taliban takeover in Afghanistan,” Democracy Now! reported. “The U.S. had already vowed to help evacuate over 80,000 Afghan civilians who qualify for special immigrant visas and face possible retribution from the Taliban, such as translators and interpreters for the U.S. military or NATO, but critics say the Biden administration needs to move faster and expand refugee resettlement from the country.”

“There is already a backlog of more than 17,000 Afghan nationals and 53,000 of their family members awaiting visa approval,” the left-wing publication noted.

“This entire backlog and this delay in evacuating people could have been handled very differently,” says Manoj Govindaiah, the director of policy and government affairs at RAICES.

The vetting of Afghan civilians is already a matter of primary importance, due to the risk of terrorists infiltrating the evacuation process. The Biden administration is attempting to implement safeguards, such as using biometric data.

But due to betrayals of public trust, such as disseminating illegal migrants and political refugees across the country, the potential for importing terrorism to the United States after the Afghanistan collapse appears to be one of heightened concern.