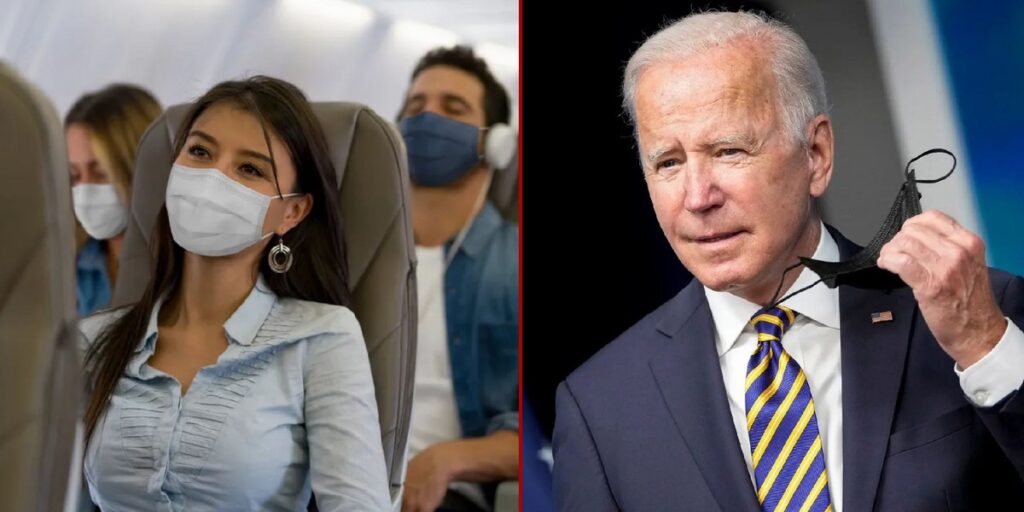 The Biden administration has just released a statement in response to a federal court in Florida striking down the national mask mandate for airlines and other public transportation.

As reported earlier, a federal judge in Florida voided the national mask mandate covering airports, planes and other public travel. U.S. District Judge Kathryn Kimball Mizelle ruled the Centers for Disease Control and Prevention failed to justify its decision and did not follow proper rulemaking.

United Airlines responded to the news by dropping the mask mandate immediately.

“Effective immediately, masks are no longer required at United on domestic flights, select international flights (dependent upon the arrival country’s mask requirements) or at U.S. airports,” UA said in a statement.

The judge that struck down the national mask mandate, Kathryn Kimball Mizelle, is a 35-year-old judge who clerked for Supreme Court Justice Clarence Thomas.

The judge who just overturned the mask mandate on airplanes is Kathryn Kimball Mizelle. 35-years-old, former Clarence Thomas clerked, appointed by Trump and confirmed by the Senate right before the lame duck session ended in 2020. pic.twitter.com/lu6ck1FIvT

The Tampa court’s ruling can be read in full below:

The judge’s conclusion that the CDC’s mandate exceeded the agency’s authority is provided below: 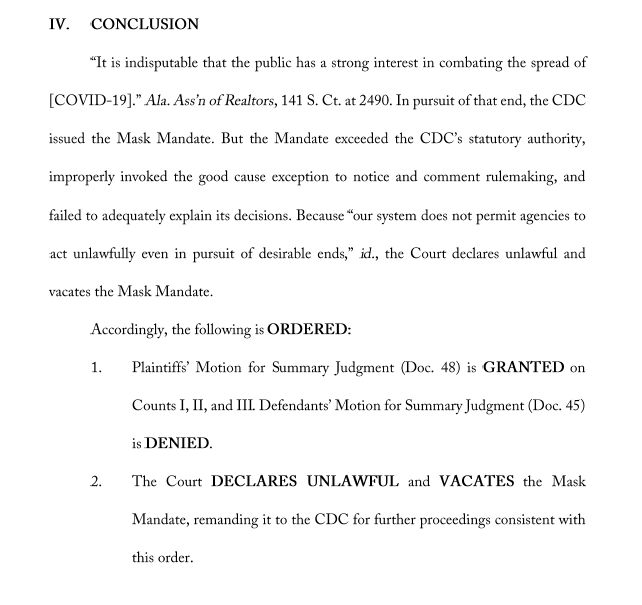 The CDC recently extended the mask mandate until May 3, althought it was set to expire on April 18. The excuse provided was that the CDC needed more time to study the BA.2 omicron subvariant of the coronavirus.

In late March, Florida Gov. Ron DeSantis announced a federal lawsuit against mask mandates for public transportation. The governor has referred to the general public wearing masks as, “COVID theater.”

Ahead of the March 19th expiration of the mask mandate for airplane, train, and other public transportation travelers, the Transportation Security Administration has decided to extend it.

“The Transportation Security Administration is extending a federal requirement that travelers wear masks on airplanes, at airports, on trains and buses through April 18, the Centers for Disease Control and Prevention said Thursday,” CNBC reported.

“An extension of the mandate comes as the Biden administration, cities and states have rolled back mask mandates and other pandemic policies elsewhere as Covid cases drop,” CNBC noted.

“The Centers for Disease Control and Prevention will work with government agencies to help inform a revised policy framework for when the mask rules can be lifted during this time,” a White House official told NBC News.

In December, a pair of airline CEOS had pushed back against the mask mandates. Apparently, their testimony wasn’t taken seriously in Washington.

"Masks don't add much, if anything." pic.twitter.com/WeTkYGlRS3

Southwest CEO Gary Kelly testified to the Senate that: “I think the case is very strong that masks don’t add much, if anything, in the air cabin environment. It is very safe and very high quality compared to any other indoor setting.”

Doug Parker, the American Airlines CEO, agreed with that assessment.

“I concur,” Parker said. “An aircraft is the safest place you can be. It’s true of all of our aircraft — they all have the same HEPA filters and airflow.”

The CDC continues to insist that cloth and surgical masks are effective, despite a plethora of national data that show this is not the case.