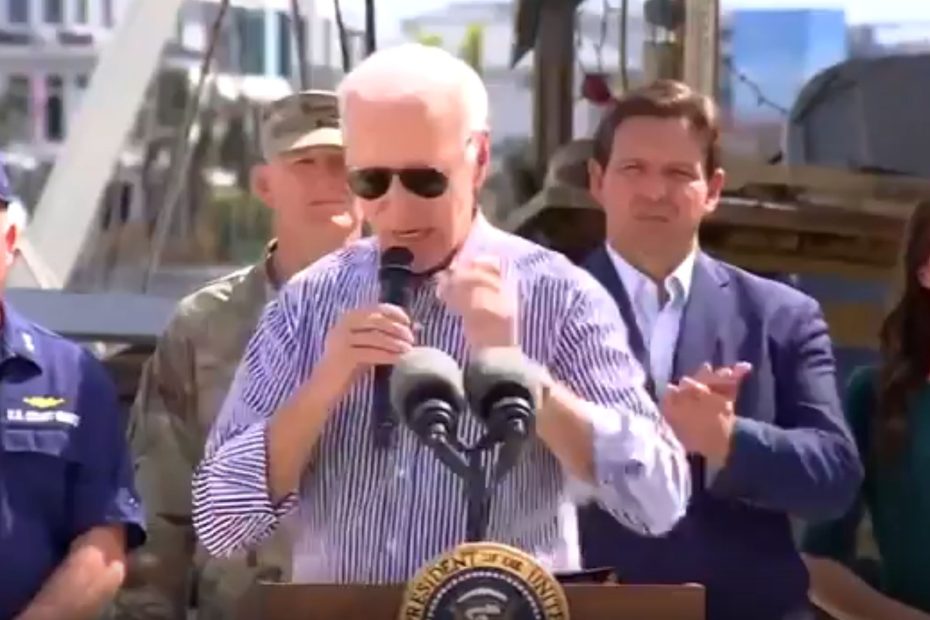 Biden said DeSantis did a “pretty remarkable job” with his handling of the statewide emergency. Then he started to wander on stage and began ranting about ‘climate change’ and various topics.

Biden: "I think the one thing [the hurricane] has ended is the discussion about whether or not there is climate change and we should do something about it." pic.twitter.com/bBgnJcpvlX

“I think the one thing [the hurricane] has ended is the discussion about whether or not there is climate change and we should do something about it,” he said at one point.

However, this is false. The presumption that manmade emissions are fueling more frequent and stronger hurricanes is demolished by recent data and fact-based analysis in the 2022 study, “A critical assessment of extreme events trends in times of global warming.”

“Historically, around 60% of all economic damages caused by disasters worldwide is the consequence of hurricanes in the USA [12], and more than 80% of this damage comes from major hurricanes,” the authors state. “It is therefore not surprising that hurricanes grab interest and attention. Due to their frightening destructive potential, it is also not surprising that hurricanes are a central element in the debate on climate change mitigation and adaptation policies.”

“To date, global observations do not show any significant trends in both the number and the energy accumulated by hurricanes, as shown in Fig. 1 and as claimed in several specific papers for the USA, which report the trend dating back to over 160 years ago, or for other regions of the globe,” the authors note.

“Therefore, after adjusting the time series to take into account the smaller observational capacities of the past, there remains only a small nominally positive upward trend of the tropical storms from 1878 to 2006,” the authors observe. “Statistical tests indicate that this trend is not significantly distinguishable from zero.” 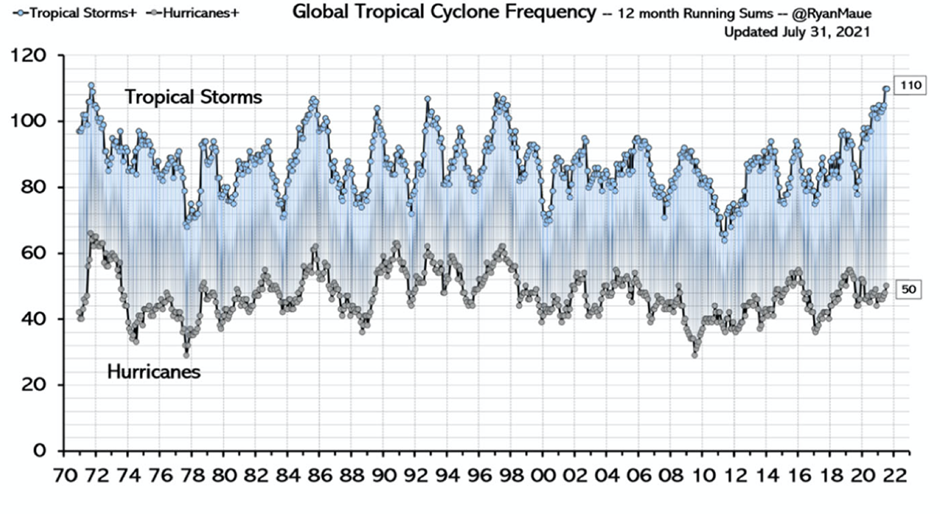 Alex Epstein makes the interesting point that modernization and industrialization have actually made mankind safer from natural disasters. This specifically includes fossil fuels.

With Hurricane Ian, the media have once again put forward the narrative that fossil fuels make extreme weather danger worse—and that fossil fuel supporters like @GovRonDesantis are to blame.

Nothing could be further from the truth.

A Florida man that was caught in the hurricane specifically credited DeSantis with ensuring gas supplies were available.

“I don’t know about the rest of you motherf*ckers, but I’m voting for DeSantis, and I’m a Democrat,” he said. “So y’all can call him what the f*ck y’all want to call him.”

But the bottom line is that deaths from natural disasters are down 99% over the last century. So, contrary to what President Biden says, even if the planet has warmed, the debate is not settled over what to do with it. The most important data show that people will be safer if they have the benefits of modern civilizations, including access to fossil fuels, rather than making people dependent on unstable energy supplies, such as wind power and solar.