“We need a SWAT team approach for hotspots. The goal should be to isolate confirmed positives in hours, not days.”

That is a harrowing line from a University of Illinois proposal to the Biden administration for an app that would integrate medical data, geolocation and motion-tracking to ban potentially contaminated citizens from accessing certain public locations and private businesses.

The China-type mobile app would use a color-coding system to label Americans who are exposed or may have been exposed to COVID and restrict them from access, documents obtained by the Washington Free Beacon show. 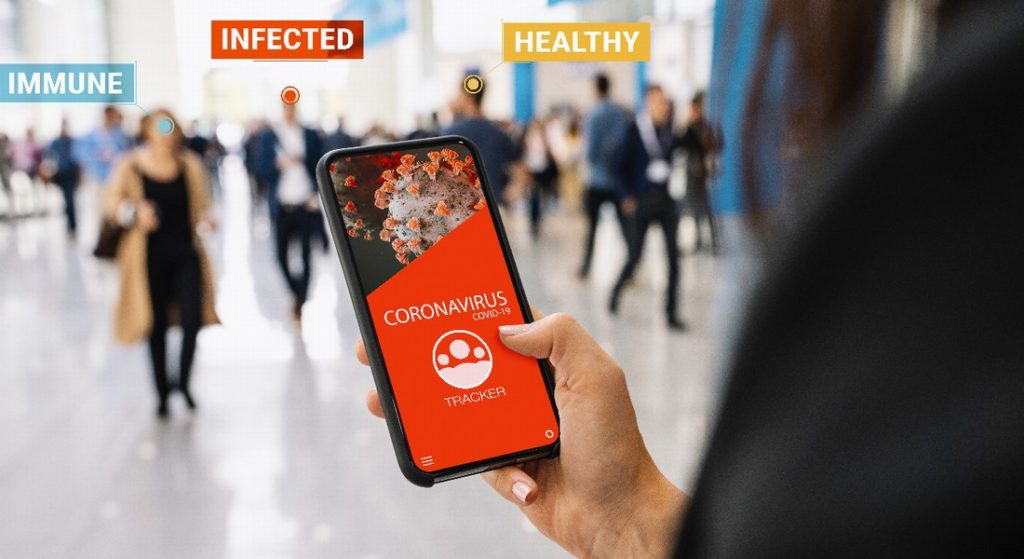 “A PowerPoint produced by the school suggests scaling up the university’s intrusive contact tracing system for use across the United States,” Aaron Sibarium reported. “Its file name, ‘2020-12-14 Shield Biden Covid Team,’ indicates that it was presented to the Biden team in December, amid an ongoing search for solutions to a seemingly insoluble problem: how to stop the virus without stopping the economy? The presentation proffered an answer.”

“The school’s system uses a mobile app that records test results and Bluetooth data to determine who has been exposed to the virus—and ‘links building access’ on campus to that information,” the report continued. “Local businesses have also embraced it, making entry conditional on a ‘safe status’ reading from the app.”

As reported at BeckerNews earlier, even the slightly less privacy invasive COVID vaccine “passport” has remarkable similarities to the Chinese color-coding system, which records a user’s “health status” as green, yellow, or red. The Biden “Shield” would use yellow, orange and red instead — a superficial difference. 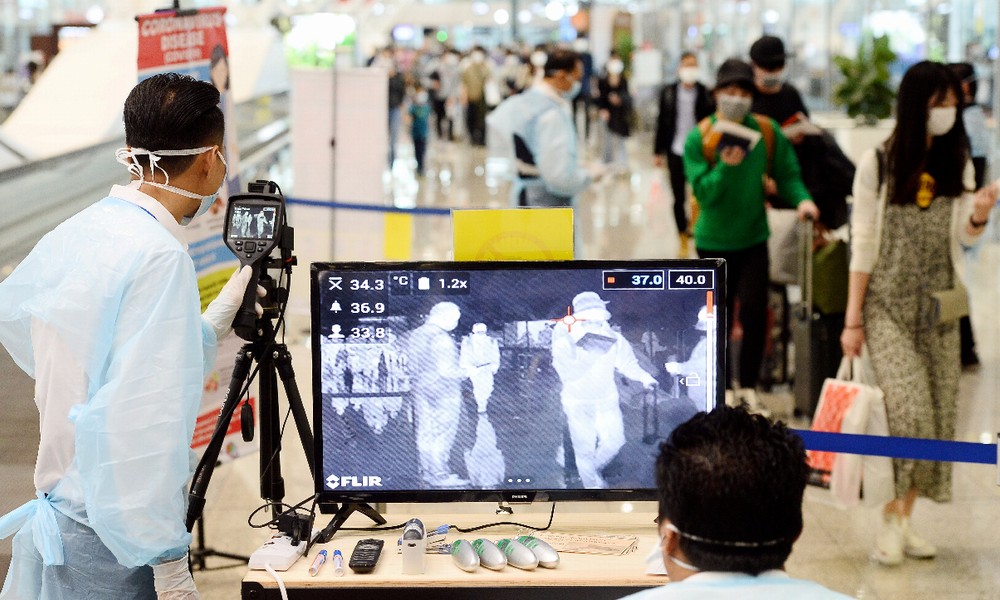 “As China encourages people to return to work despite the coronavirus outbreak, it has begun a bold mass experiment in using data to regulate citizens’ lives — by requiring them to use software on their smartphones that dictates whether they should be quarantined or allowed into subways, malls and other public spaces,” the Times reported.

“But a New York Times analysis of the software’s code found that the system does more than decide in real time whether someone poses a contagion risk,” the report continued. “It also appears to share information with the police, setting a template for new forms of automated social control that could persist long after the epidemic subsides.”

China released the mobile app in February 2020 that “tracks people and alerts them if they have been in ‘close contact with someone infected’ with the new coronavirus,” CNBC reported.

“The ‘close contact detector’ was released Saturday night, according to China’s state news agency Xinhua,” the report continued. “Users scan a QR code on popular Chinese apps like WeChat and QQ, and submit their name, phone number and government-issued ID number to request information about whether they have been in close contact with anyone infected by the virus.” 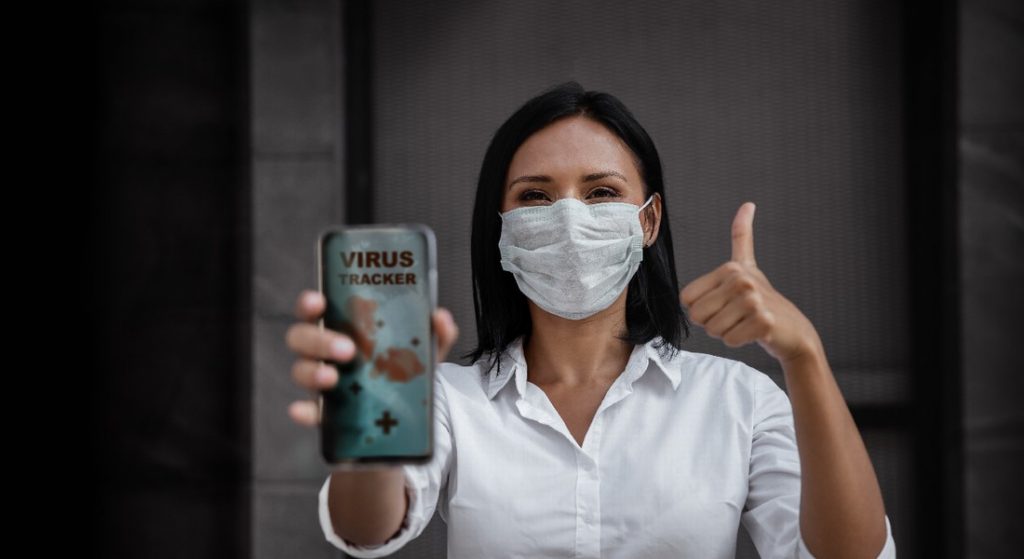 “Once users enter their name and ID number, the app will tell them whether they were in close contact with someone infected,” the report said, adding that “each registered phone number can run the search for three different ID numbers.”

On Sunday, the Washington Post broke the news that the Biden administration is planning to use similar technology to track if Americans have gotten a COVID-19 vaccine.

“The Biden administration and private companies are working to develop a standard way of handling credentials — often referred to as ‘vaccine passports’ — that would allow Americans to prove they have been vaccinated against the novel coronavirus as businesses try to reopen,” the Washington Post reported on Sunday.

“The effort has gained momentum amid President Biden’s pledge that the nation will start to regain normalcy this summer and with a growing number of companies — from cruise lines to sports teams — saying they will require proof of vaccination before opening their doors again,” the report continued.

In New York, a COVID vaccine “passport” has already been rolled out: The Excelsior Pass. 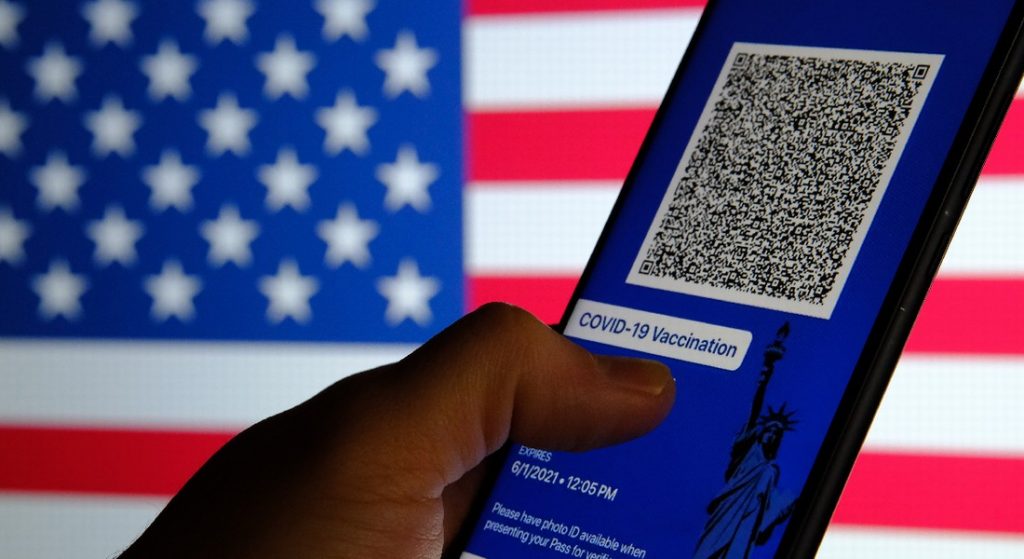 New York launched its COVID passport on Friday, following a trial run on thousands of New Yorkers testing the program. The Excelsior Passport is “the first of its kind to be rolled out in United States and allows specific sites that administer COVID vaccines or test for the coronavirus to upload the data to the app,” the Gothamist reported.

In New York, companies have already lined up to virtue-signal that they “care” about people and don’t want them to get the virus. Citizens have begun to protest against the app; one petition at Change.org is set to pass its initial goal of 15,000 signatures. New York residents can sign the petition here.

Meanwhile, Florida Governor Ron DeSantis is pre-empting any ability for companies to even implement such apps. On Monday, he announced that he is taking emergency executive action and calling on the state legislature to do the right thing and ban the apps.

“We are not supporting doing any vaccine passports in the state of Florida,” DeSantis said. “It’s completely unacceptable for either the government or the private sector to impose upon you the requirement that you show proof of vaccine to just simply be able to participate in normal society.”

Many companies, however, see such apps as “reasonable” ways to get back to “normal” sooner; but this new “normal” means Americans will ultimately have every aspect of their lives tracked by the state. Citizens who do not comply with the state’s mandates may have more than just a grande latte from Starbucks denied to them. They can be ‘unpersoned’ with a technocratic push of a button.

The Chinese people’s experience should be a direct warning to the American people about such surveillance apps: They are dangerous tools of the state and its corporate allies. They pose far more long-term risk to Americans’ rights and to those of their children than they do to help curb the spread of a disease with a 99.98% global survival rate.

The loss of life due to COVID-19 tragic, but the United States should not become like China due to a virus. That would be a tragedy with repercussions far graver than a pandemic with a 99.98% survival rate.