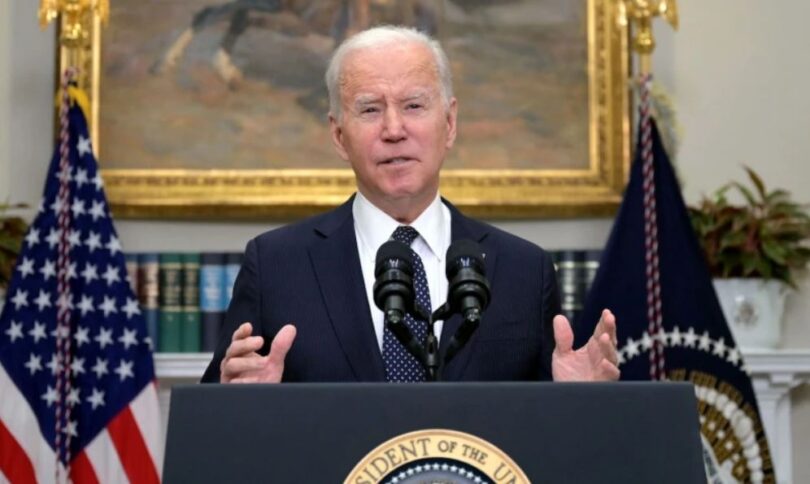 Joe Biden is pronouncing that the Covid “national emergency” should be extended ahead of an expected People’s Convoy heading towards Washington D.C.

The action echoes beleaguered Canadian Prime Minister Justin Trudeau’s invocation of the Emergencies Act to carry out a police crackdown on Freedom Convoy protesters under the color of martial law.

Biden has just issued the declaration in an executive letter to Speaker of the House Nancy Pelosi:

Section 202(d) of the National Emergencies Act (50 U.S.C. 1622(d)) provides for the automatic termination of a national emergency unless, within 90 days prior to the anniversary date of its declaration, the President publishes in the Federal Register and transmits to the Congress a notice stating that the emergency is to continue in effect beyond the anniversary date.  In accordance with this provision, I have sent to the Federal Register for publication the enclosed notice stating that the national emergency declared in Proclamation 9994 of March 13, 2020, beginning March 1, 2020, concerning the coronavirus disease 2019 (COVID-19) pandemic, is to continue in effect beyond March 1, 2022.

There remains a need to continue this national emergency.  The COVID-19 pandemic continues to cause significant risk to the public health and safety of the Nation.  More than 900,000 people in this Nation have perished from the disease, and it is essential to continue to combat and respond to COVID-19 with the full capacity and capability of the Federal Government.

Therefore, I have determined that it is necessary to continue the national emergency declared in Proclamation 9994 concerning the COVID-19 pandemic.

(1) there is enacted into law a joint resolution terminating the emergency; or
(2) the President issues a proclamation terminating the emergency.
Any national emergency declared by the President shall be terminated on the date specified in any joint resolution referred to in clause (1) or on the date specified in a proclamation by the President terminating the emergency as provided in clause (2) of this subsection, whichever date is earlier, and any powers or authorities exercised by reason of said emergency shall cease to be exercised after such specified date, except that such termination shall not affect—
(A) any action taken or proceeding pending not finally concluded or determined on such date;
(B) any action or proceeding based on any act committed prior to such date; or
(C) any rights or duties that matured or penalties that were incurred prior to such date.
(b) Termination review of national emergencies by Congress
Not later than six months after a national emergency is declared, and not later than the end of each six-month period thereafter that such emergency continues, each House of Congress shall meet to consider a vote on a joint resolution to determine whether that emergency shall be terminated.

“When the President declares a national emergency, no powers or authorities made available by statute for use in the event of an emergency shall be exercised unless and until the President specifies the provisions of law under which he proposes that he, or other officers will act,” a subchapter states. “Such specification may be made either in the declaration of a national emergency, or by one or more contemporaneous or subsequent Executive orders published in the Federal Register and transmitted to the Congress.”

The declaration of national emergency comes amid Justin Trudeau’s brutal authoritarian crackdown on the peaceful Freedom Convoy protests in Ottawa, the capitol of Canada. Police in riot gear with no nametag or unit identification violently suppressed the protest, and arrested over a 100 of the protesters.

“If you are involved in this protest, we will actively look to identify you and follow up with financial sanctions and criminal charges,” the intereim police chief said.

The authoritarian crackdown on protesters standing up for their human rights comes less than two years after the globe was racked by Black Lives Matter riots that caused billions in damage and led to dozens of people’s deaths. Both Canadian Prime Minister Justin Trudeau and current President Joe Biden gave unwavering support to the BLM movement.

The Freedom Convoy that is slated to take place coast-to-coast in the United States from California to Washington D.C. is anticipating 1,000 U.S. truckers at its starting destination. It has announced the protest route, stops and a start dates. 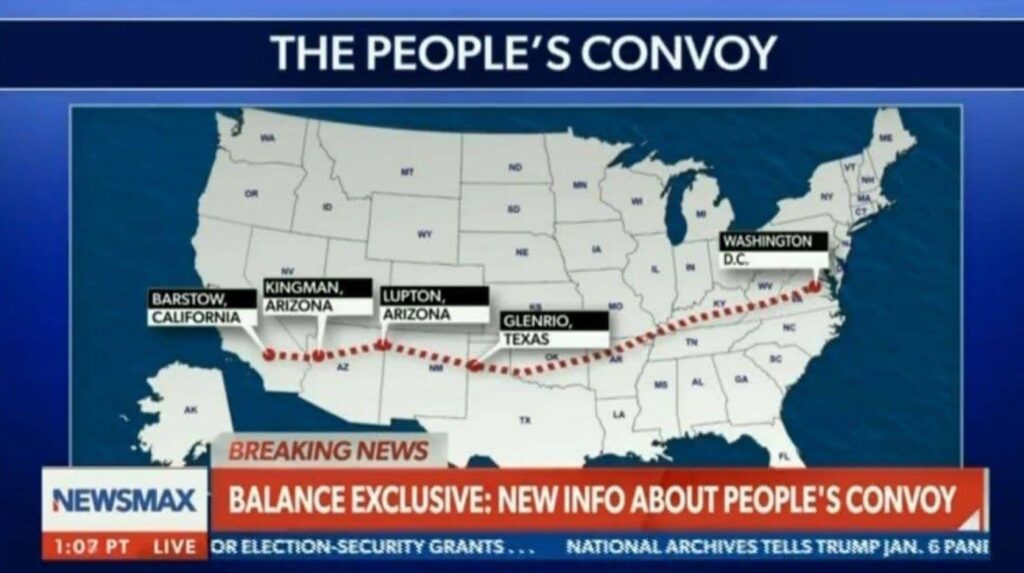