The Biden administration is treating the tens of thousands of migrants who show up at our border to hotel accommodations, meals, recreational activities, mental health services, cultural orientation, legal consultations, medical treatment, meals, airplane tickets and bus tickets to locations around the country and more.

All at an estimated taxpayer expense of $352 per night. 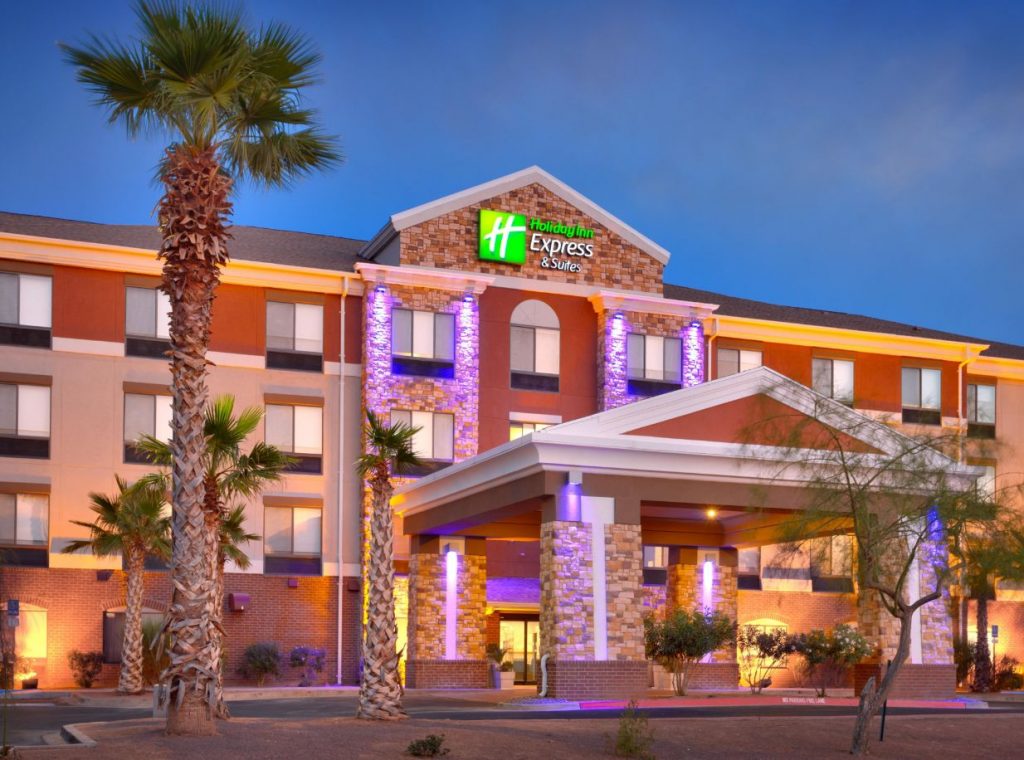 The Holiday Inn Express in El Paso, Texas. Holiday Inn is owned by IHG, which is listed as a hotel chain that is accommodating the migrants.

A federal document obtained by the Washington Examiner shows that the U.S. government is “spending $352.64 per hotel bed per day to house the 80,000 migrant families that it anticipates will come across the border between now and September.”

“Exactly 1,239 beds at seven hotels located in Arizona and Texas have been rented out for 199 days, or six and a half months,” it adds. The cost to taxpayers for ICE’s contract is over $86 million. 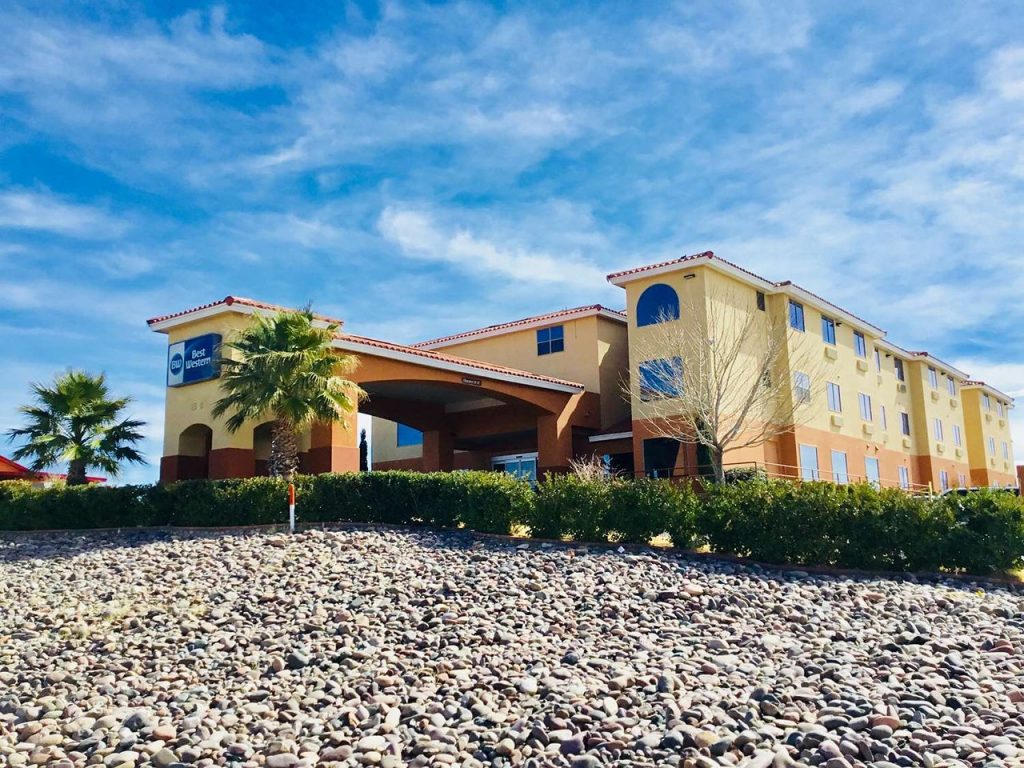 “Two of the hotels holding families are in El Paso, where similar two-and-a-half-star and three-star hotels in the same locations are available this week at nightly rates of $91 to $179,” the Examiner reported. The hotels in the ICE contract include Hilton Hotels, Best Western International, Choice Hotels, and InterContinental Hotels Group.

Rep. Lauren Boebert did the basic math on the nightly hotel accommodations for illegal migrants, which include meals, travel, services, and activities.

By that math, he’s spending around $395 a night per room.

How many of you have stayed in a $395/night hotel room?

As Axios reported in March, the six-month contract was awarded to Endeavors, a Texas-based nonprofit organization. The contract to hold up to 1,200 migrant family members could be expanded and extended. 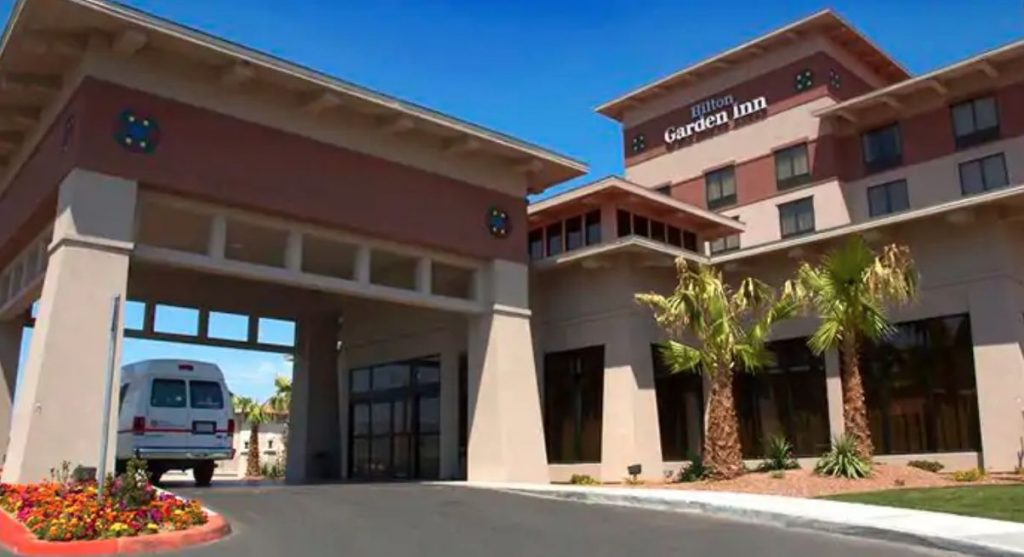 The Hilton Garden Inn in El Paso, Texas. Hilton Hotels is listed as accommodating the migrants.

ICE is “already transforming its family detention facilities into rapid-processing centers with the goal of releasing families within 72 hours,” the reported added. Nonetheless, the hotels are acting as overflow facilities as the border continues to be overwhelmed by illegal immigrants seeking to come to the United States.

According to an original investigation by the Center for Immigration Studies, a “conveyor belt” of buses from Texas, Arizona and California are transporting “thousands” of undocumented immigrants into America’s heartland.

Tens of thousands of immigrants caught illegally crossing the border and then released under the new leniency policy of President Joe Biden are now dispersing to four corners of the United States on buses, with some of the more moneyed ones taking passenger jets,” CIS said.

There have been at least 25 migrant caravans stopped by Border Patrol agents up to late March. The influx appears to be increasing, according to the agents.

Biden earlier reversed Trump’s order to halt Deferred Action for Childhood Arrivals, as well as the Remain in Mexico policy, and House Democrats recently passed legislation for “Dreamers” to obtain a pathway to citizenship. Nonetheless, Biden has verbally given mixed messages to prospective migrants, telling them “don’t come.”

"Do you have to say quite clearly, 'Don't come'?

Biden: "Yes, I can say quite clearly: Don't come over…Don’t leave your town or city or community." https://t.co/fRtObTXY0c pic.twitter.com/m802Y3tVjg

“Would you have tried to do this when Donald Trump was president?” Raddatz asked.

“Definitely not,” the illegal alien replied.

“Did you come here because Joe Biden was elected president?” Raddatz continued.

The previous administration also used hotels to temporarily detain migrants. The difference is that the administration sought to expel the illegal immigrants, which is something the press complained about.

“The Trump administration has been using major hotel chains to detain children and families taken into custody at the border, creating a largely unregulated shadow system of detention and swift expulsions without the safeguards that are intended to protect the most vulnerable migrants,” the New York Times reported initially in August 2020.

“Government data obtained by The New York Times, along with court documents, show that hotel detentions overseen by a private security company have ballooned in recent months under an aggressive border closure policy related to the coronavirus pandemic,” the report added.

“More than 100,000 migrants, including children and families, have been summarily expelled from the country under the measure,” the Times added.

“So, also you are opening up new facilities,” Newsmax’s Emerald Robinson said. “One of the options that is being reported over the weekend is spending $86 million on hotel rooms for some migrants and feeding them.”

“How do you square National Guard troops who were sleeping in parking garages, and some of them got sick from having contaminated food,”  she continued. “That’s a disparity a lot of people are pointing out: That our National Guard were treated one way and then illegal immigrants are going to be put in hotel rooms?”

“Well, first let me say that at the time that we became aware of the conditions, National Guard in, in parking garages,” Psaki stammered, “As you noted, the president called the head of the National Guard that day and offered his assistance. Offered to play any role that he could play.”

Psaki never fully answered the question. That is because the reality of the situation is every bit as appalling as citizens and taxpayers think.