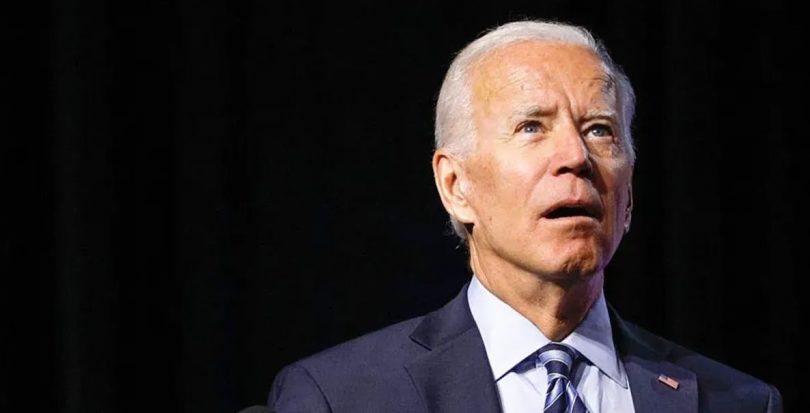 President Joe Biden is in increasing danger of his presidency being cut short by the invocation of the 25th amendment. The Constitutional amendment contains the relevant clause that a president can be removed if he is “unable to discharge the powers and duties of his office.”

Biden is facing rising heat over the precipitous withdrawal of U.S. military troops in Afghanistan without first securing diplomats, interpreters, staff and even journalists who have faced an ensuing onslaught by the Taliban. While Afghanistan was being overrun by the Taliban, Joe Biden has been hidden away at Camp David on an extended ‘vacation.’

Meanwhile, the murderous Islamic extremist group has launched a reign of terror, which includes raping women, abducting children, and beheading those suspected of cooperating with the U.S. military efforts.

As the Taliban closed in on Kabul International Airport, disturbing images of people clinging to C-17 cargo planes, only to fall to their deaths, are comparable in their horrific imagery to civilians jumping from the burning twin towers during the 9/11 attack.

That was the attack on the United States that launched it all. Taliban and al Qaeda fighters cheered on as that catastrophic atrocity was committed against U.S. citizens. Now that thousands of al Qaeda and Taliban fighters have been set free, the country will return as the terrorist safe haven that drew an American military invasion to begin with.

The dereliction of duty by the Commander-in-Chief thus being self-evident, in the form of gross negligence in the lack of planning for the Afghanistan evacuation, subsequently putting thousands of civilians at risk after pledging to ensure their safety and security, as well as an unwillingness to heed the warnings of top generals, suggests an unfitness for office. That is precisely what top lawmakers and officials are discussing now, according to multiple reports.

“We must confront a serious question: Is Joe Biden capable of discharging the duties of his office or has time come to exercise the provisions of the 25th Amendment?” Senator Rick Scott (R-FL) has asked.

“The Florida Republican’s remarks echo calls from former President Donald Trump and his allies for Biden to step down,” Politico reported.

Former President Donald Trump, who withstood repeated attempts to remove him from office with Democrat-lead impeachment charges, called on Joe Biden to resign over multiple disasters under his presidency.

“It is time for Joe Biden to resign in disgrace for what he has allowed to happen to Afghanistan, along with the tremendous surge in COVID, the Border catastrophe, the destruction of energy independence, and our crippled economy,” Trump said in a statement.

“It shouldn’t be a big deal, because he wasn’t elected legitimately in the first place,” he added.

Joe Biden on Monday finally faced the nation before returning on vacation to Camp David. He delivered a speech where he claimed “full responsibility” and added the line, “the buck stops here.”

However, Joe Biden had recently attempted to pin the blame for the ill-conceived Afghanistan withdrawal on his predecessor Donald Trump.

“When I came to office, I inherited a deal cut by my predecessor — which he invited the Taliban to discuss at Camp David on the eve of 9/11 of 2019—that left the Taliban in the strongest position militarily since 2001 and imposed a May 1, 2021 deadline on U.S. Forces,” Biden said in a statement on Saturday. “Shortly before he left office, he also drew U.S. Forces down to a bare minimum of 2,500.”

The Wall Street Journal slammed Biden for blaming his predecessor Donald Trump for the precipitous withdrawal.

“Note that Mr. Biden is more critical of his predecessor than he is of the Taliban,” WSJ wrote in a scathing editorial. “The President has spent seven months ostentatiously overturning one Trump policy after another on foreign and domestic policy. Yet now he claims Afghanistan policy is the one he could do nothing about.”

Donald Trump, when there was discussion about removing him from office using the 25th amendment, predicted that it could very well wind up being used against the next president.

“The 25th Amendment is of zero risk to me but will come back to haunt Joe Biden and the Biden administration,” Trump warned. “As the expression goes, be careful what you wish for.”

While the mainstream press insist that the 25th amendment measure is unthinkable due to the current composition of the U.S. Congress, which must invoke the clause to remove Joe Biden, the Democratic Party may believe that Joe Biden has become expendable, and an overall negative for the party’s chances in the midterm elections or in 2024.

The Constitution gives the power to remove the sitting President of the United States to the Congress, which must pass by two-thirds vote a motion to remove the president in both the House and Senate.

Vice President Kamala Harris would thus be in a line of succession to take over the job of president. The former California Attorney General has been in the shadow of President Biden throughout his entire presidency, following him in nearly unprecedented ways for a VP.

“Hearing K(amala) discussed the 25th (amendment) tonight in a non-joking way for the first time,” Human Events’ Jack Posobiec reported. Recently, the vice president was reportedly asked to face the American people in the president’s stead as Afghanistan collapsed, but refused to take the blame.

Furthermore, the source reports that Jill Biden was at Camp David deflecting calls being made for Joe Biden amidst the crisis. As such concerning reports continue to bubble up, the questions about President Biden’s fitness to serve the American people will only continue to grow.

After the Biggest Speech of Biden’s Presidency, He Retreats Back to Camp David