President Biden got a little ‘egg on his face’ at a wildfire briefing that he attended on Friday. Or so it may seem to some who saw the event live. 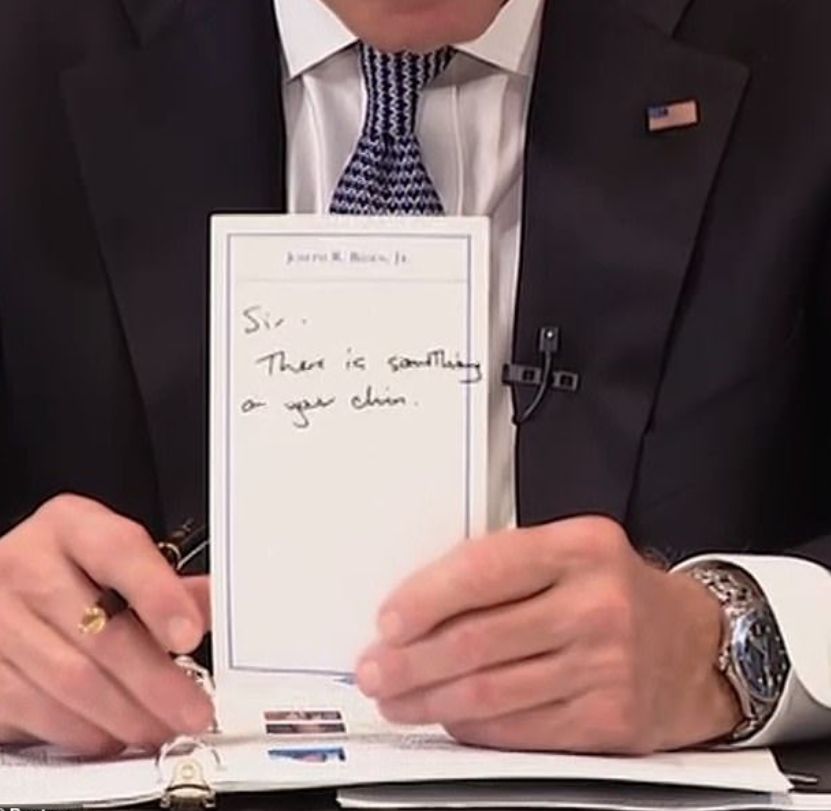 “I’m surprised he didn’t yell, ‘My chins been wiped!'” one commenter noted.

Of course, the commenter was referring to a recent incident where people believed they heard the president say something unintelligible that sounded like “my butt’s been wiped!”

In a video clip that was posted online on Sunday, Joe Biden was spotted speaking what seems to be absolute gibberish as he passed by a reporter. Let’s see if you can make out what he’s saying. Give it a listen:

The clip is stirring up controversy as Americans try to take a stab at whatever it is that Biden appears to be saying.

“My butt’s been wiped?” Michelle responded.

No one knows. Not even Snopes was able to disprove the speculation about what the president purportedly said.

Just like we don’t know exactly what was on Biden’s chin on Friday. Weigh in with what you think it was below.