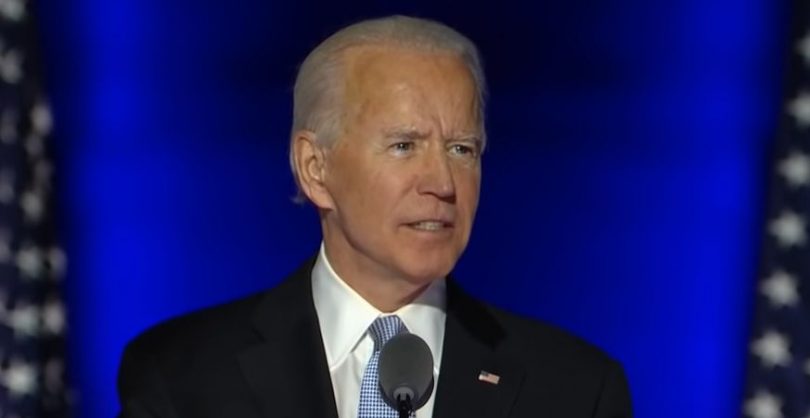 The confusion began with a CNN report that claimed the Biden was inheriting no real vaccine distribution plan and has to start “from scratch.” The CNN report, based on anonymous sources, was later debunked by Dr. Fauci himself.

“We certainly are not starting from scratch because there is activity going on in the distribution,” Fauci retorted.

But a Biden official himself repeated the claim while on NBC’s “Meet the Press” this weekend.

“The process to distribute the vaccine, particularly outside of nursing homes and hospitals out into the community as a whole, did not really exist when we came into the White House,” President Biden’s Chief of Staff Ron Klain claimed.

When media outlets fact-checked the Biden administration that its goal of 100 million vaccines in 100 days is virtually identicall to the targets that the Trump White House had set, then it moved the goalposts. It is now 1.5 million vaccines per day in 100 days. Fox reported:

Biden’s new vaccination target comes after he and his aides faced criticism for the 100 million goal in his first 100 days in office. The U.S. has exceeded a pace of 1 million doses per day over the last week.

“I’m quite confident that we will be in a position within the next three weeks or so at the range of a million a day and in excess of that,” Biden said.

Then Biden himself made a comment about “herd immunity” that is bewildering Americans who were told the scientific concept was a “myth.”

“We are trying to get out a minimum of 100 million vaccinations in 100 days and move in the direction where we are well beyond that in the next 100 days so we can get to the point where we reach herd immunity in a country of over 300 million people,” Biden said.

The abrupt change in now ‘permissible’ terminology may hinge on whether the “herd immunity” is achieved with or without a vaccine. It is nonetheless a conversation that Americans should have been having last spring without the media poisoning the well.