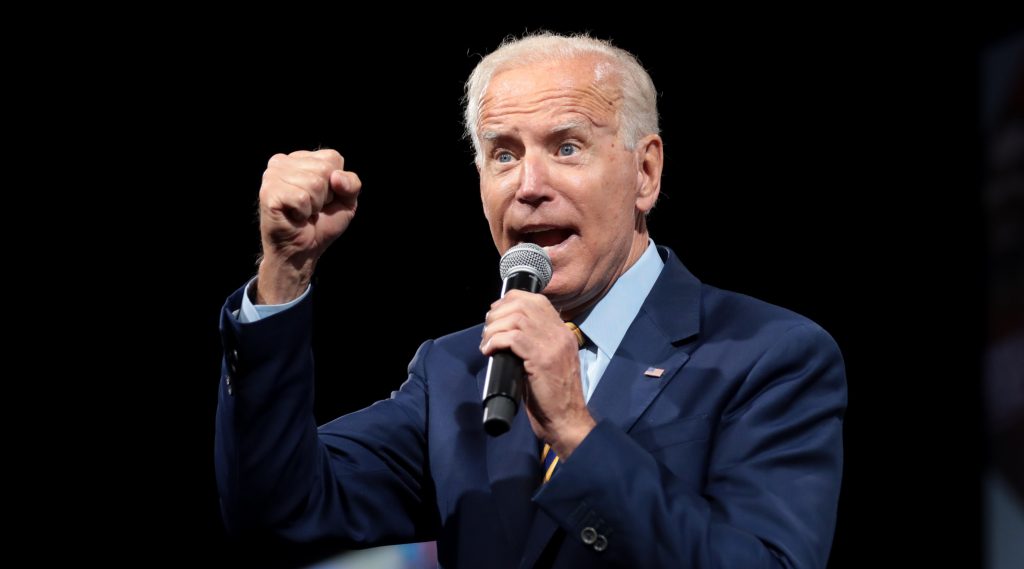 It was an action that former President Trump did not even dare to do: Threaten to fire Trump-appointed officers of independent agencies if they do not resign.

Ryan James Girdursky provides a list of those who are reportedly being pressured by Biden hatchetman Gautam Raghavan to quit or be fired, including Trump appointees Roger Severino, Jennifer Dickey, Andrew Kloster, and Dan Epstein.

“In an apparent violation of federal law, Raghavan threatened to fire them if they didn’t resign. This, even though the appointees are serving fixed terms,” Girdursky reports.

“Firing appointees serving fixed terms that have not expired would be unprecedented. But when several refused to resign, they were indeed fired,” the Examiner report continues.

Roger Severino, who was appointed to the council of the Administrative Conference of the United States in the final days of Donald Trump’s presidency, asserted that the White House Presidential Personnel Office asked him to resign by Wednesday afternoon. The suit alleges that if he refused, he would be fired.

Severino’s lawsuit, filed in federal court in Washington, said he believed that three other members of the council were given a similar ultimatum. The ACUS researches and advises on various administrative processes to maximize efficiency.

In late December, during the transition, the word was already put out that Biden would expect that officers in these “independent agencies” would be forced to comply with these executive orders. Reason explained at the time:

For decades, Executive Orders requiring executive branch agencies to submit draft regulatory proposals to the White House Office of Information and Regulatory Affairs (OIRA) have exempted independent agencies. A lingering question has been whether this is because the White House lacks the authority to impose such requirements on independent agencies, because the Executive Branch sought to respect the functional independence of such agencies, or because no Administration wanted to risk asserting such authority and then getting rebuffed in Court.

In October 2019, the Department of Justice’s Office of Legal Counsel conducted a review of this question, and concluded that the President could indeed require independent agencies to comply with the regulatory review requirements of Executive Order 12866. The memo was not released publicly, however, until this week, when it was posted on the DOJ website.

Article II of the Constitution vests “[t]he executive Power” in the President, who “shall take Care that the Laws be faithfully executed.” U.S. Const. art. II, § 1, cl. 1; id. § 3. By vesting the executive power in the President alone, the Constitution ensures that “a President chosen by the entire Nation oversee[s] the execution of the laws.” Free Enter. Fund v. Pub. Co. Accounting Oversight Bd., 561 U.S. 477, 499 (2010). The President can hardly ensure that the laws are faithfully executed “if he cannot oversee the faithfulness of the officers who execute them.” Id. at 484. The President’s constitutional authority therefore extends to the supervision of all agencies that execute federal law, including so-called “independent” agencies.

“This memorandum may be something of a gift for the Biden Administration. Unless the memo is withdrawn, it will serve as a basis for President Biden to assert greater authority over independent agencies, such as the Federal Communications Commission (FCC), Securities & Exchange Commission (SEC) and Federal Energy Regulatory Commission (FERC),” Reason notes.

Upon entering office, the Biden administration then instituted a “freeze” on independency agency regulations, and set up a board that must rubber-stamp any regulations as further the Biden agenda.

“The order, signed by President Joe Biden’s chief of staff on Jan. 20, immediately bars further advancement of rules that hadn’t been published in the Federal Register. A Biden-designated agency head must review or approve the rule before it can move on. Any rules sent for publication in the Federal Register also must be pulled back,” Bloomberg reported.

As if this usurpation of the purview of independent agencies weren’t enough, the Biden administration and the Congress are moving to pass a sweeping $1.9 trillion coronavirus relief plan without Republican votes. This is not the “unity” that America was promised.