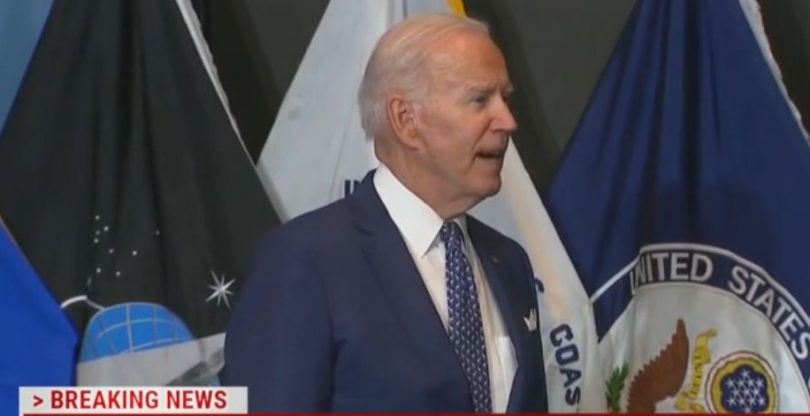 President Biden had a message for the American people who are reluctant to take the vaccinations for COVID-19: “You’re not as smart as I thought you were.”

“I beg your pardon?” Biden asked.

“Will you require all federal employees to get vaccinated?” a reporter asked.

“That’s under consideration right now,” Biden said. “But if you’re not vaccinated, you’re not nearly as smart as I thought you were.”

The pointed remark come one day after the Department of Veterans Affairs became the first federal U.S. agency to mandate vaccines for frontline workers.

“The Department of Veterans Affairs will require 115,000 of its frontline health care workers to be vaccinated against the coronavirus in the next two months, making it the first federal agency to mandate that employees be inoculated,” the Times reported on Monday, citing goverrnment officials.

“The move comes as concern is growing that the substantial portion of the population that has not been vaccinated is contributing to the rapid spread of the highly contagious Delta variant,” the Times added. “While it was a sharp departure from the Biden administration’s reluctance to embrace mandates, it was part of a broader shift in which New York City, many hospital chains and some private employers are deciding that the time has come to make being vaccinated a requirement.”

The Biden administration is now reportedly considering mandating that all federal employees be vaccinated or face routine COVID testing and other requirements.

“The Biden administration is considering requiring all federal employees to be vaccinated against the coronavirus or be forced to submit to regular testing, social distancing, mask requirements and restrictions on most travel, officials said Tuesday,” the NY Times reported on Tuesday.

“Mr. Biden said on Tuesday that a vaccine mandate for all federal workers is under consideration, but did not provide details,” the report added. “Administration officials said the idea being debated was similar to a plan announced by New York City, which would require any of the city’s 300,000 employees who refuse to be vaccinated to submit to weekly testing.”

At this point, however, there is not imminent concern that federal employees will be outright fired if they refuse to be vaccinated.

“Officials said there was no consideration of simply firing employees who refuse to get vaccinated, but that the government could add additional burdens or restrictions on those who do not get the protections in an effort to convince more people to get the shot in the first place,” the Times report continued. “They said there is evidence that making life inconvenient for those who refuse the vaccine works reasonably well to increase vaccination rates.”

Biden’s snarky remarks about Americans’ intelligence should perhaps be taken with a grain of salt. After all, he is known to make unintelligible remarks to reporters and can’t even seem to remember who is in his administration.