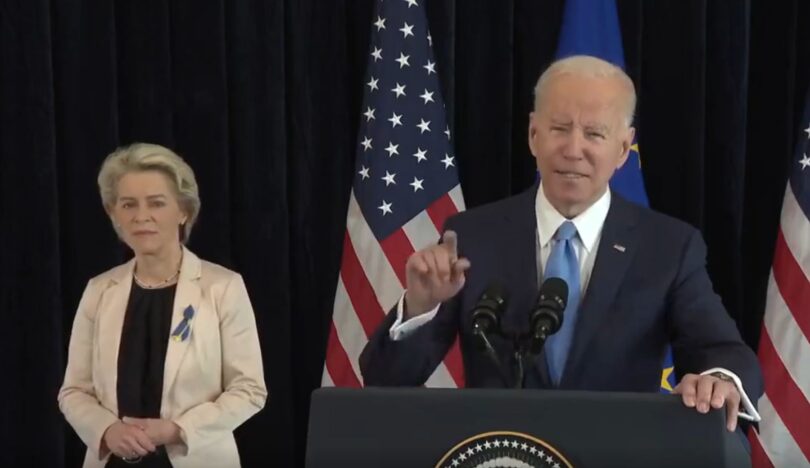 It’s been obvious since the Obama administration that Democrats love crisis. President Biden on Friday has been added to the long list of Democrats who ‘said the quiet part out loud.’ Watch:

For Americans keeping score at home, here are the following crises that have occurred on Biden’s watch — many of them being caused or exacerbated by the Democrats’ policies:

Biden is following in the radical footsteps of the likes of former President Barack Obama, his Secretary of State Hillary Clinton, and Chicago mayor Rahm Emanuel with statements indicating the Democrats’ opportunistic view of crisis.

Rahm Emanuel, the former Chicago mayor and one-time Obama adviser, famously expressed the view: “Never allow a good crisis go to waste. Things that we had postponed for too long, that were long-term, are now immediate and must be dealt with. It’s an opportunity to do the things you once thought were impossible.”

“Never waste a good crisis,” Clinton said. “Don’t waste it when it can have a very positive impact on climate change and energy security.”

Former President Obama, amidst sky high unemployment rates in 2010, said that he aimed to “discover great opportunity in the midst of great crisis.” He was referring to passing the massive government-run medical program known as Obamacare.

The Democrats obviously seek to keep America in a state of Permanent Crisis. Whether the crisis is real, and of the government’s own making, or imaginary, existing only in propaganda, is the remaining question.