Biden Threatens Second Amendment Supporters: ‘You Need a F-15’ If You Want to Fight the Government 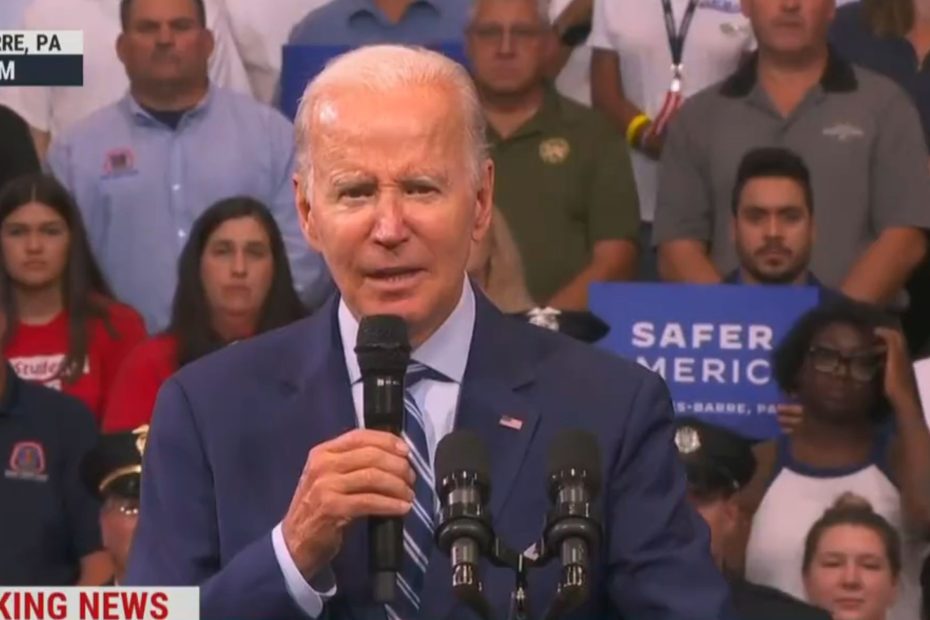 President Joe Biden attended a campaign-style event at Wilkes-Barre, Pennsylvania on Tuesday and unleashed one of the most raucous and vitriolic rants of his presidency.

The president lashed out at “MAGA Republicans,” appearing to blame them for the many national problems under his presidency, then appeared to make a veiled threat against Second Amendment supporters.

“And for those brave rightwing Americans who say, ‘it’s all about keeping America, keeping America’s independent and safe’,” Biden snarked. “If you want to fight against the country, you need a F-15, you need something a little more than a gun.”

“No, I’m not joking,” he added. “Think about this. Think about the rationale we use that’s used to provide this. And who are they shooting at? Shooting at these guys behind me.”

This is dangerous hyperbole. Biden is accusing law-abiding Second Amendment supporters of being homicidal killers who are shooting at everyday Americans like the members of his audience.

There are around 150 million people with access to firearms in the United States.

President Biden also nonsensically argued for an “assault weapons ban,” while attempting to rebut objections that “it’s not about taking away anybody’s guns.”

BIDEN: "I'm determined to ban assault weapons in this country. […] It's not about taking away anybody's guns." pic.twitter.com/k3LoAGKitF

Joe Biden may be claiming that he wants to make America ‘safer,’ but his hyperpartisan and reckless hyperbole about tens of millions of peace-loving, law-abiding Americans who just want to be left alone is making the country decidedly more dangerous.