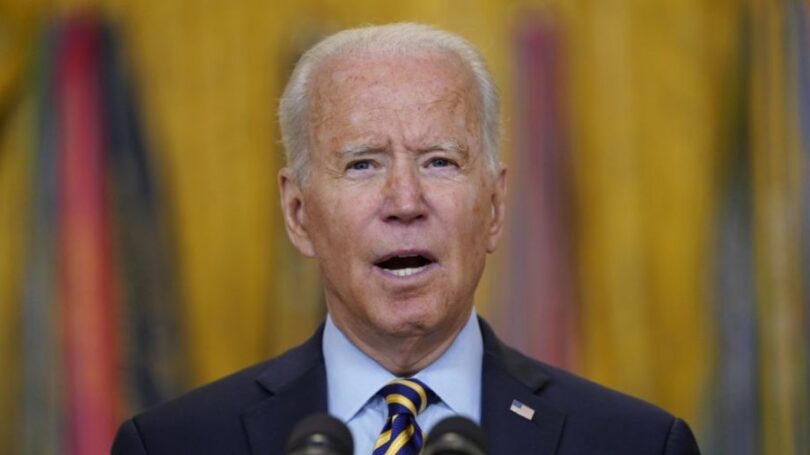 The Biden administration was recently handed another legal setback on its unlawful federal vaccine mandates. A U.S. district court in Missouri has issued an injunction blocking the vaccine mandate for Medicare and Medicaid authorized health providers in ten states.

The judge notes a particular sticking point: Whether or not the “vaccines” significantly lower the transmissibility of the SARS-CoV-2 virus, including the “variants.” This passage should be absorbed in full, because it is absolutely spot-on:

“In general, the overwhelming lack of evidence likely shows CMS [Center for Medicare and Medicaid Services] had insufficient evidence to mandate vaccination on the wide range of facilities that it did. Looking even beyond the evidence deficiencies relating to the specific facilities covered, the lack of data regarding vaccination status and transmissibility—in general—is concerning. Indeed, CMS states that ‘the effectiveness of the vaccine[s] to prevent disease transmission by those vaccinated [is] not currently known.’ CMS also admits that the continued efficacy of the vaccine is uncertain.

No one questions that protecting patients and healthcare workers from contracting COVID is a laudable objective. But the Court cannot, in good faith, allow CMS to enact an unprecedented mandate that lacks a ‘rational connection between the facts found and the choice made’.”

The American public needs to digest the court’s conclusion: The Court cannot, in good faith, allow CMS to enact an unprecedented mandate that lacks a “rational connection between the facts found and the choice made.”

It gets worse for the defendants. Judge Schelp continues to shred the vaccine mandate’s rationale:

“CMS failed to consider or rejected obvious alternatives to a vaccine mandate without evidence. For example, CMS rejected daily or weekly testing—an option that even OSHA approved in its ETS—without citing any evidence for such a conclusion. Rather, it assured that it ‘reviewed scientific evidence on testing’ but “found that vaccination is a more effective infection control measure.’ As discussed elsewhere, this conclusion comes despite its admission that it lacks solid evidence19 regarding transmissibility of COVID by the vaccinated.”

This may be the U.S. courts’ most refreshing intejection of reason and sanity yet in objection to the universal vaccination agenda.

The judge then issues another stinging line that is a memorable objection to the Biden administration’s vaccine mandates:

“Although it is not the Courts duty to ask whether CMS’s decision was ‘the best one possible’ or even whether there were ‘better [] alternatives,’… the Court must ensure there exists a “rational connection between the facts found and the choice
made.”

Legal reasoning does not get any better than this. As attorney Robert Barnes recently noted in his Locals community: “The CMS Medicare mandate goes down hard. This is the best decision since Based Judge Stickman’s ruling on Covid rules. Shows, again, the complete lack of evidence behind these mandates.”

Then, as the coup de grâce, the judge wrecks the Biden administration’s dismissal of natural immunity as a justifiable reason for a patient to go unvaccinated:

“As another example, CMS rejected mandate alternatives in those with natural immunity by a previous coronavirus infection… (noting ‘many uncertainties’ about the immunity in those previously infected ‘compared to people who are vaccinated’). But, elsewhere, it plainly contradicts itself regarding the value of natural immunity. (“[A]bout 100,000 a day have recovered from infection . . . . These changes reduce the risk to both health care staff and patients substantially, likely by about 20 million persons a month who are no longer sources of future infections.”)

“Such contradictions are tell-tale signs of unlawful agency actions,” Judge Schelp concluded. The entire case can be read below:

It is the duty of judges everywhere to concur with such decisive reasoning and put a halt to Biden’s unconstitutional federal vaccine mandate for good.