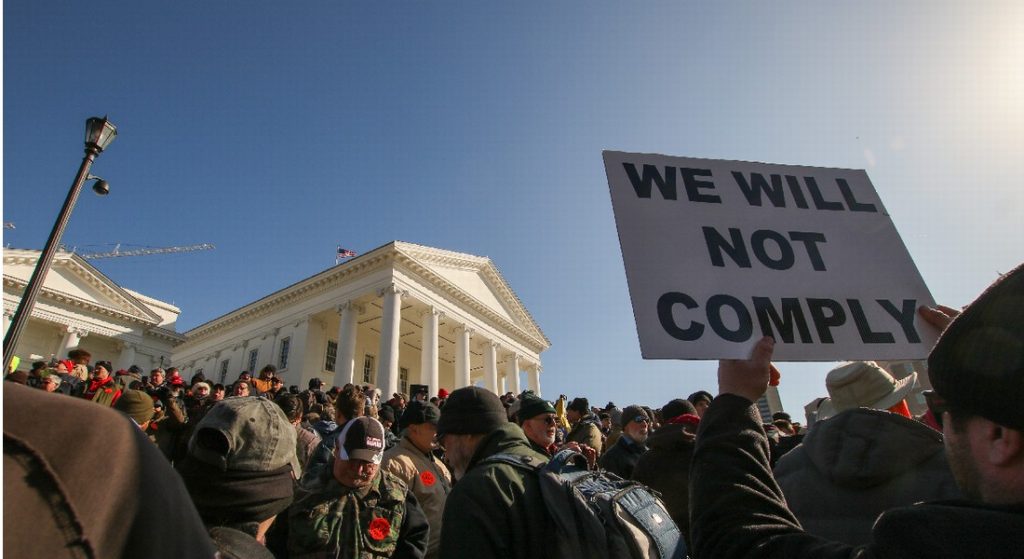 The Biden administration unveiled six new gun control measures via executive order on Wednesday night. An analysis of the six “initial” gun control dictates — the White House has promised more — suggests that millions of law-abiding gun owners could be turned into felons overnight if they do not comply.

“Today, the Biden-Harris Administration is announcing six initial actions to address the gun violence public health epidemic,” it announced, adding, “this Administration will not wait for Congress to act to take its own steps – fully within the Administration’s authority and the Second Amendment – to save lives.”

There is no clause in the U.S. Constitution that grants the authority to the Executive Branch to enact laws because it “will not wait” for Congress to pass laws. Therefore, Biden’s gun control executive actions are already on tenuous legal ground.

Most controversially, there is a potential “tax” attached to the executive actions: Millions of gun owners who possess “AR-15-style pistols” that have “pistol braces” may be forced to pay for $200 for their purchases and receive approval from the ATF. The power to tax is constitutionally delegated to the House of Representatives. Gun owners are already threatening “we will not comply.”

“An estimated 3 million to 4 million AR-pistols have been sold, a large slice of the 20 million ‘modern sporting rifles’ sold since the ‘assault weapons ban’ was lifted under former President George W. Bush,” the Washington Examiner’s Paul Bedard notes. Bedard points out that means between three-to-four million such gun owners could become felons under the regulation.

The Biden administration is arguing that such measures are necessary to prevent mass shootings, such as the Boulder shooting carried out by Ahmad Al-Alissa. The Muslim extremist purportedly used an “AR-style” pistol in the shooting. Rep. Marjorie Taylor Greene, a staunch Second Amendment defender, reacted to the Biden executive actions.

“There is no cause or justification for the Biden administration to violate Americans’ Second Amendment rights and punish legal gun owners,” Rep. Greene told the Examiner. “Colorado already had strict gun control laws such as red flag laws, and those overbearing laws did nothing to stop this terrorist attack. After two recent murderous attacks by Muslims, Ahmad Al Aliwi Alissa, and Noah Green, a black nationalist and member of the Nation of Islam, the Justice Department should be investigating radical Islamic terrorist threats inside the U.S. and not making rulings about pistol stabilizers. Bumbling Joe Biden again has forgotten some very important facts. Shall not be infringed.”

The Foundation for Economic Education highlights research that shows assault weapons bans do not have a significant effect on gun violence rates.

“A recent study published this year in the Journal of General Internal Medicine examined state gun control policies and found no statistically significant relationship between assault weapon or large-capacity magazine bans and homicide rates,” FEE points out. “A Journal of the American Medical Association (JAMA) study came to the same conclusion.”

Furthermore, according to FBI data, mass shootings “constitute 0.17 percent and 0.24 percent of all homicides and firearm homicides, respectively.” All rifles combined have long been attributable for fewer annual deaths than knives, hands and feet, and blunt objects.

According to the Democratic Party’s gun control lobby, we need to ban weapons that are attributable to a tiny fraction of annual gun deaths, even if it means violating the U.S. Constitution. But extending this warped logic means also that America also needs to ban knives, hands and feet, blunt objects, and automobiles. Then again, perhaps the left doesn’t need any more “bright” ideas.