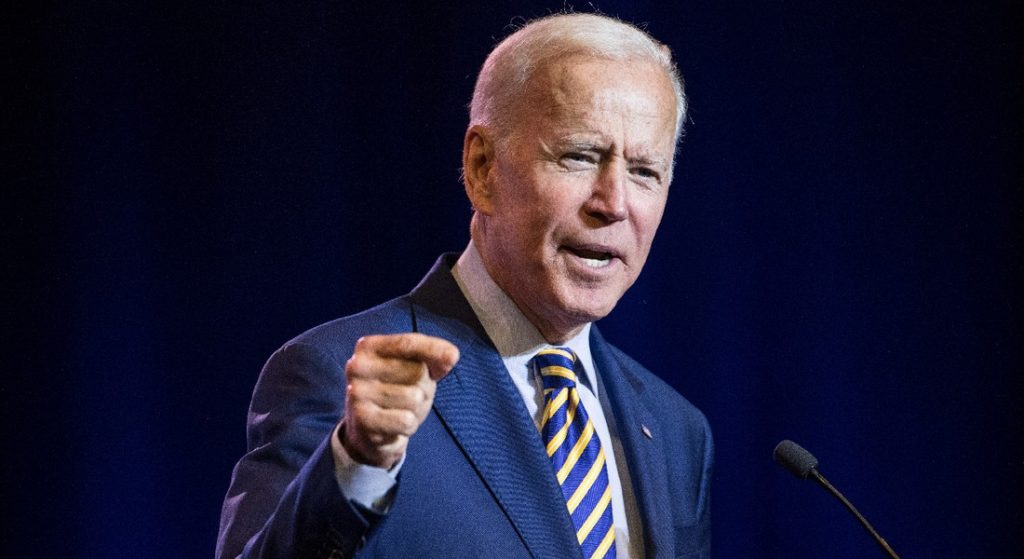 The Democrats are launching a full-scale attack on America’s elections. A new Biden executive order works hand-in-glove with the House-passed bill H.R.1, which would legalize the corrupt practices of the 2020 election debacle.

The Biden executive order, touted as “Promoting Access to Voting,” lays the groundwork for the Democrats to futher eviscerate election integrity. It would register millions of U.S. residents to vote with weak or non-existent standards. This mass voter registration drive will be overseen with the “assistance” of the federal government.

The propaganda campaign accompanying this effort to make the United States a Democrat-run country in perpetuity is that it is somehow “racist” to ensure legitimate elections. Issued on the 56th anniversary of the “Bloody Sunday” incident in Selma, Alabama, Biden draped the unveiling of the order as ensuring voter “access.”

“The legacy of the march in Selma is that while nothing can stop a free people from exercising their most sacred power as a citizen, there are those who will do everything they can to take that power away.” Biden said in pre-taped remarks, and paid homage to the late justice Ruth Bader Ginsburg and late civil rights icon John Lewis.

The Biden executive order is framed in harmless terms: It would expand “access” to voter registration and election information. It also presses states to issue a “strategic plan” on how they will accomplish these executive order’s aims within 200 days.

The truth is every U.S. citizen who is 18 years old and is not a felon has “access” to voting. Voting in U.S. elections should require being able to prove one is: 1) alive 2) a state resident 3) 18 years old and 4) a U.S. citizen. Those who disagree with such commonsense practices intend to cheat. It is not complicated.

The Biden executive order is a salvo in response to Republican legislatures that are taking actions to better ensure free, fair, and legitimate U.S. elections. The Brennan Center states there are at least 253 election integrity bills in 43 states, although these bills are misleadingly framed as restricting “voter access.” The non-profit group also states there are “704 bills with provisions that expand voting access in a different set of 43 states.”

The executive order comes as the Democrats have launched the true threat to America’s elections in the form of H.R. 1. The bill, called “For the People Act of 2021,” would institute measures that the Democrats claim would “expand Americans’ access to the ballot box, reduce the influence of big money in politics, strengthen ethics rules for public servants, and implement other anti-corruption measures for the purpose of fortifying our democracy, and for other purposes.”

It should be noted that “fortifying” democracy is the same verbiage used by radical groups, labor unions, and giant corporations that schemed in the shadows to thwart former President Trump’s re-election bid. The bill would be more aptly named the “For the Democrats Act of 2021.”

While there are a few positive aspects to the legislation, such as the requirement for “voter-verified paper ballots” and hand-marked paper ballots upon request, it is essentially a trojan horse to federalizing elections. Most critically, it dispenses with efforts to ensure only U.S. citizens who are residents of the state they are casting a vote in are actually eligible to vote.

Betsy McCaughey at the Boston Globe lambasted the Congressional legislation in stark terms.

“Nancy Pelosi’s top priority is to turn America into a one-party nation ruled by Democrats,” she writes. “Her bill HR 1 trashes the U.S. Constitution in an attempt to rig the system and make it virtually impossible to elect a Republican president or Congress again. It’s a power grab.”

“HR 1’s bag of tricks also includes banning state voter ID requirements,” she adds. “Anyone can show up on Election Day to vote, registered or not, and simply sign a statement that they’re a legal voter. HR 1 is being sold as a reform to make voting easier. In truth, it makes cheating easier.”

The legislation also implements no-fault absentee or mail-in ballots universally, legalizes ballot harvesting, and guts voter ID verification. According to Skopos labs, the bill has an alarming 87% chance of being enacted.

Further criticism of the 2021 “For the People Act” comes from Kay James, who wrote a column, “Don’t Turn 2020’s Election Problems Into Law.”

“Under H.R. 1, no one has to prove they are who they say they are in order to vote,” she summarizes. “It essentially outlaws voter ID laws and other identity verification procedures. It severely restricts the ability of states to check the eligibility of individuals registering to vote. It prevents states from participating in programs that compare state voter registration lists to detect individuals registered in multiple states. And it keeps them from removing many ineligible voters from their voter rolls.”