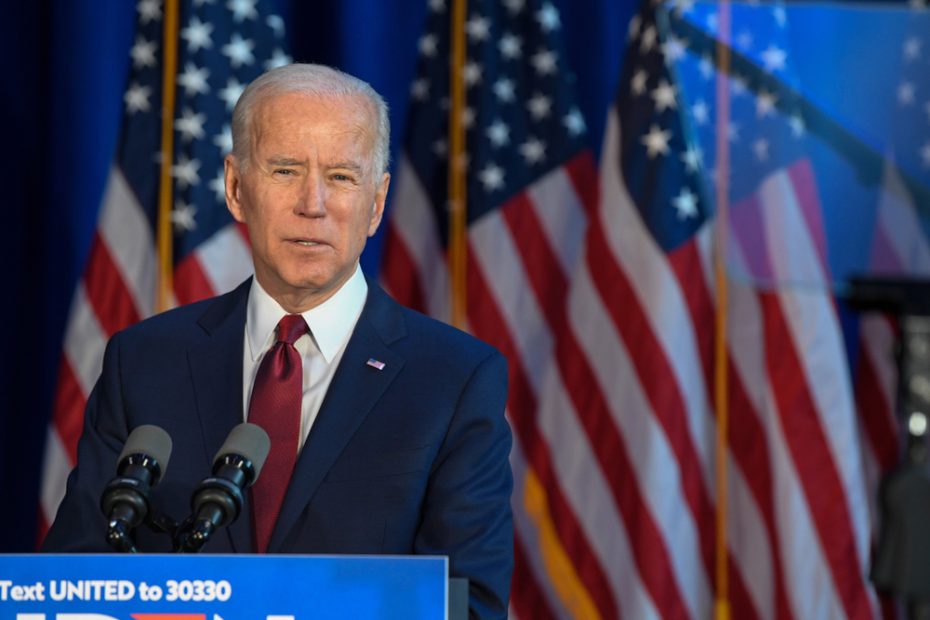 It was an open-and-shut case of “election interference.” The Biden administration, in an eleventh-hour effort to mobilize Gen Z voters to turn out for the Democratic Party pulled out its student loan “forgiveness” card. It worked.

“Democrats would have gotten crushed without young voter support,” CNN notes. “Democratic House candidates won voters under the age of 45 by 13 points, while losing voters age 45 and older by 10 points.”

But two days after Election Day was officially held after weeks of early voting in many states, the gut-kick came: The Biden student loan “forgiveness” was unconstitutional, after all. As the White House knew when it issued the order.

On Thursday, the first legal blow came as a federal judge in Texas struck down President Biden’s student loan handout.

“Biden’s plan, which aims to cancel up to $20,000 in student loan debt for Pell Grant recipients in college and up to $10,000 for others who borrowed using federal student loans,” Fox News reported.

“Whether the Program constitutes good public policy is not the role of this Court to determine. Still, no one can plausibly deny that it is either one of the largest delegations of legislative power to the executive branch, or one of the largest exercises of legislative power without congressional authority in the history of the  United States,” United States District Judge Mark Pittman wrote.

“In this country, we are not ruled by an all-powerful executive with a pen and a phone. Instead, we are ruled by a Constitution that provides for three distinct and independent branches of government… The Court is not blind to the current political division in our country. But it is fundamental to the survival of our Republic that the separation of powers as outlined in our Constitution be preserved. And having interpreted the HEROES Act, the Court holds that it does not provide ‘clear congressional authorization’ for the Program proposed by the Secretary,” Pittman added.

The Biden administration appealed and the Constitution had not changed by Monday. The White House’s election gambit was again struck down — this time, by an Appeals court.

“The panel, which comprised two Trump-appointed judges and one appointee of former President George W. Bush, said its order would remain in effect until further notice by the 8th Circuit or the Supreme Court,” the Hill reported.

“The ruling was a win for six conservative-led states — Nebraska, Missouri, Arkansas, Iowa, Kansas and South Carolina — which argued they were harmed by a freeze on the collection of student loan payments and interest,” the report added.

“The court’s six-page ruling singled out the impact on a large, Missouri-based holder of student loans called the Higher Education Loan Authority of the State of Missouri,” the Hill added.

“The equities strongly favor an injunction considering the irreversible impact the Secretary’s debt forgiveness action would have as compared to the lack of harm an injunction would presently impose,” the panel wrote. “Among the considerations is the fact that collection of student loan payments as well as accrual of interest on student loans have both been suspended.”

“The policy, which the Congressional Budget Office estimates will cost about $400 billion over 30 years, has drawn numerous legal challenges,” the Hill added.

Attorney and podcaster Eric Matheny added context on the decision.

Imagine if the court had struck down Biden’s unconstitutional and unilateral student loan forgiveness before early voting; before Election Day. Lots of young folks sent in ballots and went to the polls under the guise that their student debt was going to be forgiven.

“Imagine if the court had struck down Biden’s unconstitutional and unilateral student loan forgiveness before early voting; before Election Day. Lots of young folks sent in ballots and went to the polls under the guise that their student debt was going to be forgiven,” Matheny tweeted.

— Among the Wildflowers (@deaflibertarian) November 11, 2022

“1) Biden administration KNEW the student loan forgiveness plan was unconstitutional 2) They strategically proposed the plan before midterms to influence voters 3) They knew it would be struck down 4) The 8th US Circuit Court of Appeals waited until after midterms to block it,” @deaflibertarian noted.

Charlie Kirk noted that polling that suggested that many of the college students impacted planned to blow the savings.

“Nearly three-quarters of the thousands of university students set to receive up to $20,000 in tax dollars to cover their bad loans plan to spend it on vacations, booze, and drugs, living up to their deadbeat image in the mind of many taxpayers,” the Washington Examiner reported.

“Those who have or plan to apply for the relief program offered in a new Biden White House scheme know that their spending is wrong but still plan to use the money for fun in the sun,” the report added.

The Democratic Party sure kn0ws its voters: Promise young people free money so they don’t have to pay for the consequences of getting useless degrees, as well as abortions-on-demand for getting unwanted pregnancies, and that’s how you get the Democrat youth to turnout.

These youth voters were all completely fooled. But the Democratic Party can count on fooling these gullible Democrat voters again and again.