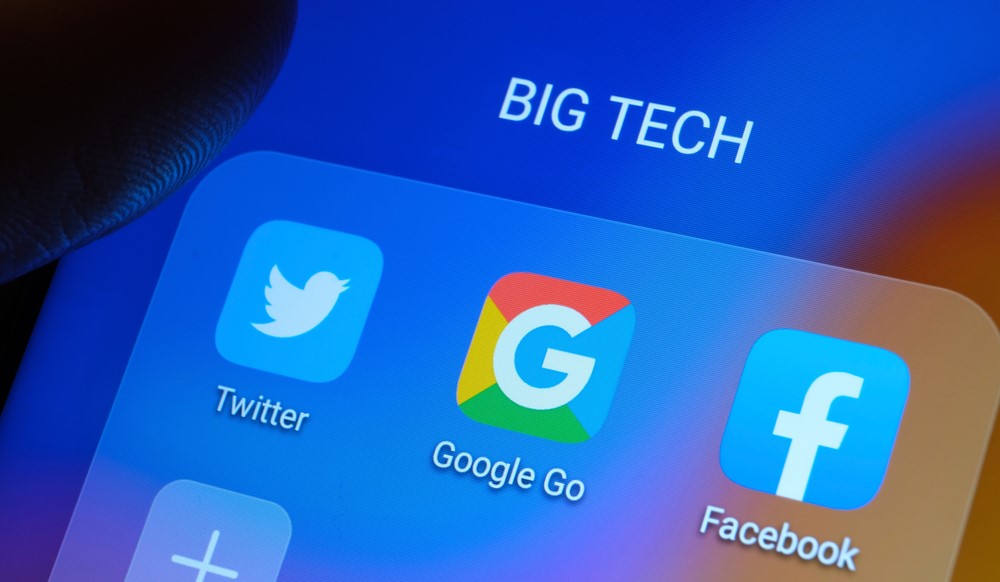 Six antitrust bills targeting Big Tech giants have passed through the critical House Judiciary Committee with some bipartisan support. The passage of the bills follow a marathon mark-up session that ended on Thursday afternoon.

“But the lengthy debate that began Wednesday and did not finish till Thursday afternoon illuminated the fissures within both parties as tech companies continue lobbying lawmakers, and some California delegates — whose districts encompass many tech headquarters — voiced skepticism,” The Washington Post reported.

“The committee advanced the sixth bill — the one with perhaps the broadest implications for tech giants — Thursday afternoon in a tight 21 to 20 votee,” the report added. “Two Republicans joined those voting to advance the bill, while four Democrats were opposed.”

“The bills, which have some bipartisan support, target the far-reaching power of Big Tech, especially Apple, Amazon, Facebook and Google,” WaPo noted. “The committee spent the first several hours of the hearing debating the two least controversial bills — a measure that would update merger filing fees, and another that deals with venues for antitrust suits brought by state attorneys general.”

The six bills up for consideration to pass the House of Representatives include the following key measures:

These measures “could spell trouble especially for Amazon — which operates a major e-commerce marketplace where it also competes as a seller of its own goods — and potentially for Google — which ranks videos in its search engine while also running its own major video service, YouTube,” WaPo remarked, noting that it is owned by Amazon founder and CEO Jeff Bezos.

“A coalition of 13 different think tanks and advocacy groups penned an open letter to the U.S. House Judiciary Committee on Monday warning lawmakers about two major antitrust bills that lawmakers are set to vote on later this week,” it reported. “Instead of wrangling Big Tech, the letter says, these bills would ‘dramatically degrade’ if not outright break the gizmos and gadgets we love using every day.”

“We believe that voters want Congress to fix things that are broken—not break or ban things that they feel are working well,” the letter reads. “We strongly encourage you to reject these proposals.”

“What that letter (naturally) leaves out, however, is how every org that signed this letter is, in some way, being funded by the same companies that would be subject to the provisions of the bills in question,” Gizmodo found.

In a Fox News opinion piece published this week, Rep. Jim Jordan and Rep. Mark Meadows weighed in on the pressing issue. The Republicans actually defended the Big Tech giants from the anti-trust legislation.

“The radical Left is currently hard at work to rewrite our laws and remake the American economy in the image of their woke worldview,” they opined.

“Democrats in Congress have set their eyes on transforming America’s largest tech companies,” they continued. “While Republicans rightly have serious concerns with Big Tech’s abuses, Republicans should be very skeptical of this Democrat-run effort.”

“Just days ago, some of the most progressive House Democrats – including several leaders of the impeachment attempts against President Trump – dropped a package of bills that would empower the Biden administration to command and control Big Tech with an unchecked iron fist,” they added.

The Republican legislators then made an alternative recommendation.

“We must rein in Big Tech’s abuses and ensure they can’t continue to silence conservative speech online,” they continued. “Our plan is to take away their liability protections and break them up.”

Another alternative would be free market competition and conservatives voluntarily leaving these platforms.

On Friday, Donald Trump appeared on Newsmax and appeared to tease a potential launch of a rival social media platform, but any firm conclusion is premature.

“Well, watch next week, because you will see me do something about Big Tech,” he responded. “And people have wanted me to do it a long time.”

“And it won’t be too surprising,” he continued. “They don’t love me to talk about it early. But watch what I do next week on Big Tech. I think you will find it very interesting.”

‘Watch What I Do to Big Tech This Week’: Trump Has Warning for Woke Companies