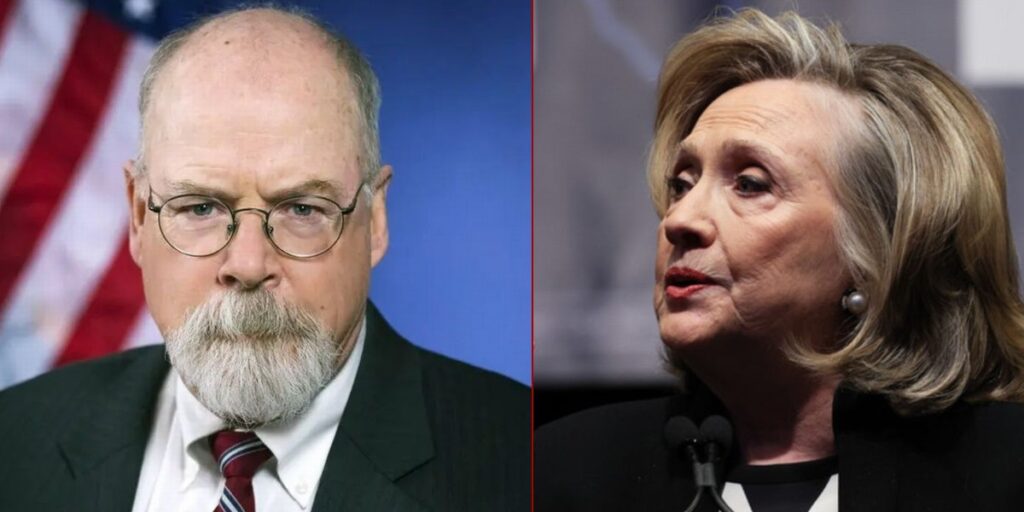 The legal battle over whether or not Fusion GPS provided services other than “opposition research” in the ongoing Durham investigation saga is likely to end in a victory for the prosecution.

On Monday, legal analyst extraordinaire TechnoFog revealed that Fusion GPS is likely to lose its motion to block Durham from obtaining documents by claiming that it performed legitimate investigative research and legal services that are protected by attorney-client privilege.

The FEC matched Fusion GPS payments to its "sub vendors" – including Nellie Ohr.

Finding: there is no evidence "provided services other than this opposition research."

Curious how bad these "privileged" e-mails and documents are… pic.twitter.com/F84YDJfQ9a

“The FEC matched Fusion GPS payments to its ‘sub vendors’ – including Nellie Ohr. Finding: there is no evidence ‘provided services other than this opposition research’,” TechnoFog reported.

“Big loss incoming for Hillary/DNC. Curious how bad these ‘privileged’ e-mails and documents are,” the legal analyst added.

As TechnoFog detailed on his Substack blog “The Reactionary,” Special Counsel John Durham will “win the battle to obtain Fusion GPS documents.” He listed the documents that Durham is seeking.

“As part of the prosecution of former Clinton Campaign/DNC lawyer Michael Sussmann: Special Counsel Durham is seeking the following e-mails/communications that have been either redacted or hidden from his review”:

“The Clinton Campaign (including Robby Mook and John Podesta), Fusion GPS, Perkins Coie, Rodney Joffe, and the DNC are fighting to keep these e-mails and records secret, reasoning Fusion’s ‘role was to provide consulting services in support of the legal advice attorneys at Perkins Coie were providing to’ the Clinton Campaign,” he added.

“That argument – that Fusion GPS was helping with ‘legal advice’ – is hopefully the last conspiracy theory they’ll provide to the public, after Fusion GPS has already poisoned the American public, through the FBI, DOJ, and the press, with baseless allegations of secret back-channels between Trump Organization and Russian marketing servers, piss tapes, and broader allegations of Trump/Russia collusion,” TechnoFog remarked.

Critically, Durham argues that the DNC and the Clinton campaign concealed the true nature of their relationship with Fusion GPS with their reporting to the FEC.

“Today, Special Counsel Durham addressed those arguments by providing to the court the FEC findings where the agency found ‘probable cause to believe’ the DNC and Hillary for America violated the law by hiding the real purpose of payments meant for Fusion GPS as ‘legal and compliance consulting’,” TechnoFog commented.

“In support, he provided the First (link) and Second (link) General Counsel Reports, which recommend that the Federal Election Commission find the DNC and Hillary for America violated election laws (52 USC 30104(b)(5)(A)) ‘by misreporting the payee of the funds paid to Fusion GPS through Perkins Coie LLP’,” TechnoFog adds. I recommend reading the entire blog in full for more details.

Durham’s legal victory will help bring the country closer to learning the full “ugly truth” about Hillary Clinton’s damaging disinformation campaign carried out against Donald Trump and the American people during the 2016 election.

Russian Billionaire Who Made Drone Bombers and Mysteriously Escaped U.S. Sanctions Has Ties to Hunter Biden