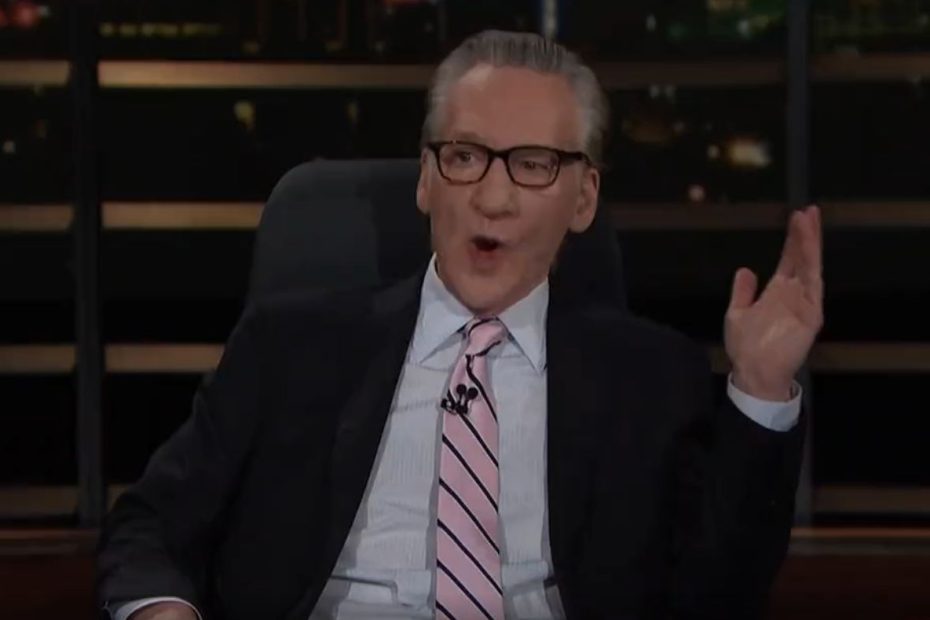 Bill Maher unleashed a damning monologue on his ‘Real Time’ show that ran through the immense damage caused by Covid policies during the pandemic.

One of the best things about the segment is that Neil deGrasse Tyson, a famous science nerd who has likened Covid policy critics to ‘conspiracy theorists,’ could only sit and watch, along with fellow guest Michael Smerconish. It was a refreshing dose of reality. Watch:

“Now we’re getting some information,” Maher said. “After a while, we have time for find out just how bad the collateral damage has been. Here’s just a few cases. The pandemic erased two decades of progress in math and reading. See, right away, I gotta say, this pisses me off. I see these headlines. All the — the pandemic didn’t do that. The way we handled the pandemic did that.”

“The pandemic certainly was a thing. But let’s not just say the pandemic, because it was not written in stone that we had to handle it the way we did,” he continued. “ACT scores are the lowest in 30 years. Anxiety and depression, way up. The body mass index increase, doubled for kids [ages] 2 to 19. Drug overdose overdose deaths, murders way up. Inflation at a 40 year high, domestic violence increased. Oh, and my favorite car crashes. They couldn’t figure this out like way, way, way up. And they’re finally the — I love this. This is, the experts said, ‘You know what it is, people just went fucking mental.’ They just went nuts.’ They’re like, I’m home, the fucking kids are here all the time. My stupid husband is here all the time. I’m just gonna take it out on the highway. And they did. ”

“There was a group, the Great Barrington Declaration,” Michael Smerconish chimed in.

“You know, these academics, and a lot of them are at Hoover, at Stanford… I had them on CNN, I put them on regularly on radio,’ Smerconish added. “And there was always enormous blowback because they were saying many of the things that you’re saying now, only they were saying it in real time.”

“That’s the name of the show,” deGrasse Tyson noted.

“Yeah,” Smerconish replied. “I guess what, I guess what I would, what I would add to that is I think one of the great injustices was the rush to judgment. As soon as the shit hit the fan to clear out every college campus in grad school, it never made sense to me that we sent them back through airplanes and car rides with relatives instead of keeping them right where they were. And, and Bill, I, I have three for whom I’m still paying tuition bills. They were so robbed of a year, year and a half of, of all the exchange, the mingling that you talked about last week.”

“We’re never gonna make that time up is my point,” Smerconish said.

“Can I put something in on this?” deGrasse Tyson asked.

“What you don’t have is the benefit of the alternative scenarios to see how they would’ve come out to be able to judge whether what did happen was a lesser evil than other options that would’ve unfolded,” he argued, “And so, so suppose…”

“Well, actually we actually we do, because other countries handled it differently,” Maher objected. “Sweden didn’t handle it differently. Some of the places with the lowest vaccination rates turned out to have the best results.”

“Yes. I mean, yes, there are different factors,” Maher said. “There are.”

After the two exchanged crosstalk, Maher made a point that drew applause.

“It’s a legitimate, I think it’s a legitimate conversation to have,” Smerconish weighed in. “You remember there was talk of herd immunity and how we get there at the outset, and people were shouted down for even raising that prospect. I’m not the scientist you are. But in retrospect…”

“They shouted down the idea that it might have escaped from a lab,” Maher interjected. “That was somehow racist… as opposed to, somehow, if you believe that it came from the wet markets, you were a Democrat, and believe came from the lab, you were a Republican. This is ridiculous!”

It is ridiculous. But it’s great there is a show on television that is finally exposing the absurdity of it all, as Americans push back on a Democrat-run government that refuses to let the country move on from the Covid pandemic.