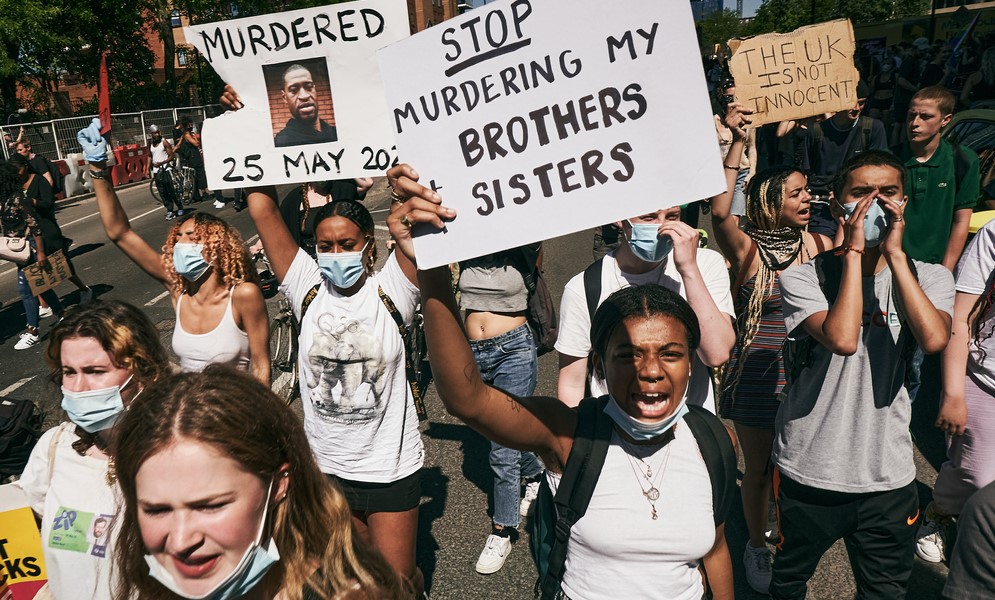 The founder of a Black Lives Matter chapter in St. Paul, Minnesota, Rashard Turner, has resigned from the radical Marxist organization. Despite very little being known about BLM, a multi-million dollar operation co-founded by Marxists, its flags are now ubiquitous across America, including on State Department buildings.

TakeCharge, a black-led organization that rejects Critical Race Theory and pushes back against “woke” culture, shared Turner’s testimony about Black Lives Matter in a resignation message.

“I was born in Minneapolis in 1985,” Turner said.  “We called the north side home at that time, 18th and Queen. When I was two years old, my father was shot and killed. My mother wasn’t able to take care of me. So I was raised by my grandparents. They told me that if I was going to change my life for the better, education was the answer.”

“So I worked hard in school, I got into Hamlin University and earned a college degree, first in my family,” he continued. “Then I went on to earn a master’s in education from St. Mary’s University of Minnesota. I am living proof that no matter your start life, quality education is a pathway to success. I want the same success for our children in our communities. That’s why in 2015, I was a founder of Black Lives Matter in St. Paul.”

“I believed the organization stood for exactly what the name implies, black lives do matter,” he added.

“However, after a year on the inside, I learned they had little concern for rebuilding black families, and they cared even less about improving the quality of education for students in Minneapolis,” he went on. “That was made clear when they publicly denounced charter schools alongside the teachers union. I was an insider in Black Lives Matter.”

“And I learned the ugly truth,” Turner said. “The moratorium on charter schools does not support rebuilding the black family. But it does create barriers to a better education for black children.”

“I resigned from Black Lives Matter after a year and a half,” he added. “But I didn’t quit working to improve black lives and access to a great education.”

“Today, I serve as the President and Executive Director of the Minnesota Parent Union,” he continued. “We’re dedicated to helping parents move their children from failing schools, to successful schools.”

“It’s hard work, and we’re up against forces that don’t want us to succeed. But success is possible,” he said. “Just look at me and the hundreds of children and families we’ve helped to pursue a great education, break the chains of poverty and lead a life of success.”