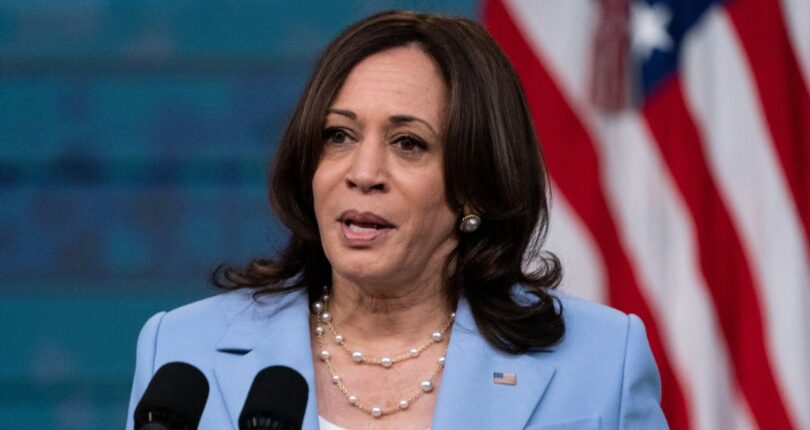 Kamala Harris’s inner circle is continuing to abandon her. The unpopular vice president, whose 2024 ambitions outstrip her current election viability, has seen two more aides depart from her political orbit.

“Two more aides working in Vice President Harris’s office are expected to leave their roles in the coming weeks in addition to the two high-profile exits of her press secretary and communications director,” The Hill reported.

“Peter Velz, who is the vice president’s director of press operations, and Vince Evans, the deputy director of the Office of Public Engagement and Intergovernmental Affairs for Harris, are planning to leave those positions soon,” the report added.

The Vice President’s senior advisor and chief spokesperson, Symone Sanders, is leaving by the end of the year, Axios reported Thursday.

“Why it matters: The VP has faced an onslaught of criticism in her first year centered on her leadership and staff, adding to the suggestion, she’s not the Democratic Party’s preferred nominee for 2024,” Axios reported.

“The backdrop: Sanders was seen as one of the central staffers for Harris as a candidate and is known to be personally trusted by Harris herself / the staffer most frequently (or visible) by her side,” the report added.

The White House has descended into open rebellion after a Kamala Harris hit piece on the Bidens was published by CNN. Human Events Senior Editor Jack Posobiec reports that a White House source told him that Sanders left due to fallout with Kamala Harris over the CNN piece.

BREAKING: Sy Sanders got pushed out of the WH because they blamed her for being the source of CNN’s Kamala hit piece, per WH staffer

“Sy Sanders got pushed out of the WH because they blamed her for being the source of CNN’s Kamala hit piece, per WH staffer,” Posobiec tweeted.

“Kamala Harris’s communications director Ashley Etienne is leaving the vice president’s office after reports staff are in-fighting and her boss is being sidelined,” the Daily Mail reported.

CNN claimed its hit piece came from “nearly three dozen former and current Harris aides, administration officials.” The Democratic operatives, donors and outside advisers “spoke exclusively to CNN.” The entire piece smacks of a torrent of leaks from inside the Harris inner circle.

“Many in the vice president’s circle fume that she’s not being adequately prepared or positioned, and instead is being sidelined,” CNN reported. “The vice president herself has told several confidants she feels constrained in what she’s able to do politically. And those around her remain wary of even hinting at future political ambitions, with Biden’s team highly attuned to signs of disloyalty, particularly from the vice president.”

The CNN piece also makes a cryptic warning that Harris may retaliate against the Biden camp if it refuses to accede to her demands. (This may refer to 25th amendment threats that were floated prior to the 2020 ‘election’.)

“She’s a heartbeat away from the presidency now,” the CNN piece added. “She could be just a year away from launching a presidential campaign of her own, given doubts throughout the political world that Biden will actually go through with a reelection bid in 2024, something he’s pledged to do publicly and privately. Or she’ll be a critical validator in three years for a President trying to get the country to reelect him to serve until he’s 86.”

Meanwhile, there has been serious talk going around Washington D.C. that Kamala Harris may soon find herself “pursuing other opportunities” so the Biden team can get her out of the White House.

Her political ambitions appear to be severely limited due to the public perception that she is plainly unlikeable.

“A USA Today-Suffolk University poll placed Vice President Kamala Harris’ approval ratings at 28%, 10 points below that of President Joe Biden,” Larry Elder remarked in an editorial. “The U.K. Telegraph tweeted: “With Kamala Harris looking unelectable, the Democrats are considering the nuclear option. Whispers in Washington suggest Joe Biden’s camp has a plan to find a more popular replacement ahead of the 2024 battle.”

The walls are closing in for the vice president. Kamala Harris’s presidential hopes appear to be fading faster than her boss’s cognitive abilities.