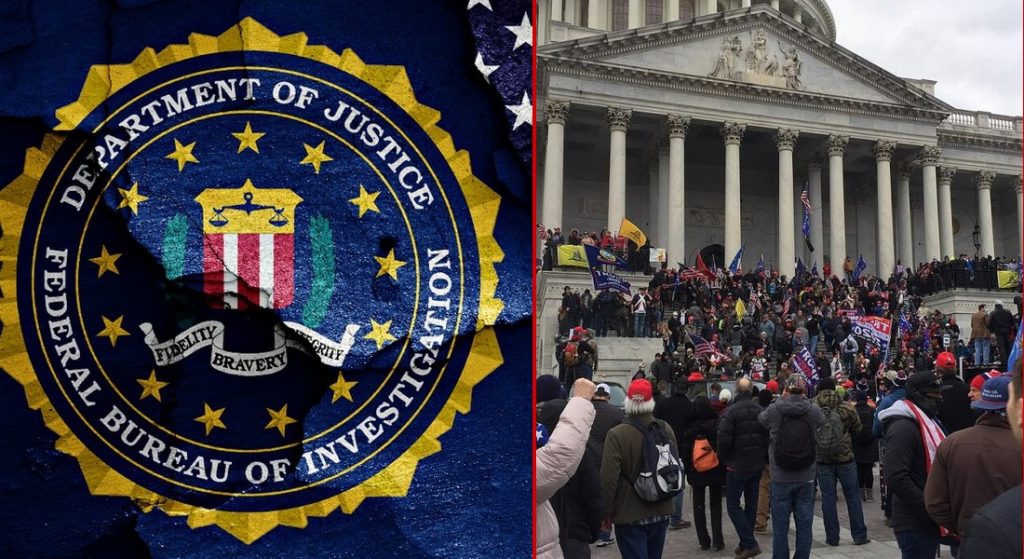 The Federal Bureau of Investigation knowingly violated the Constitution to track down potential ‘racially motivated violent extremists.’ But the FBI didn’t conduct its unconstitutional dragnet following the January 6th Capitol riots, it actually started its probe in November — in the midst of a contested election.

A newly declassified report shows that the FBI pursued extremists in November that would fit the profile of future Capitol rioters by tapping into a National Security Agency database that trawls and records Americans’ communications.

“The FBI’s requests for access to masses of electronic communications harvested by the National Security Agency (NSA) is revealed in a newly declassified report from the United States’ secret surveillance court,” the Daily Mail reported on Monday.

“It shows the FBI has continued to perform warrantless searches through the NSA’s most sensitive databases for routine criminal investigations, despite being told by a federal judge in 2018 and 2019 that such a use was an unconstitutional breach of privacy,” the report continued.

The declassified FISA report makes the legal procedures for targeting an actor for surveillance clear.

“NSA is the lead agency in making targeting decisions under Section 702,” the report says. “It may not task a selector without first determining that the target is reasonably believed to be a non-U.S. person outside the United States (a ‘foreignness determination’).”

The FBI is extensively using the NSA’s database for routine domestic investigations, despite knowing that the practice is illegal.

“In other words, the FBI continues to perform warrantless searches through the NSA’s most sensitive databases—the ones the NSA is not required to get warrants before filling with communications information—for routine criminal investigations that are supposed to require warrants,” the Daily Beast reported.

While such reports focus on the extent that the FBI violated civil liberties, the rule of law, and Constitutional restrictions against illegal search and seizure, there is the matter of timing that makes them even more explosive.

As reported here extensively, the Democratic Party knew about and was planning for a volatile situation on January 6th that could potentially foment into a riot.

House impeachment manager Rep. Stacey Plaskett revealed a glimpse of such advanced knowledge on the second day of the Trump impeachment trial.

“The day before the rioters stormed the Congress an FBI office in Virginia also issued an explicit warning that extremists were preparing to travel to Washington to commit violence and, quote, war, according to internal reports,” she said.

“Leading up to the event there were hundreds, hundreds of posts online showing that his supporters took this as a call to arms to attack the Capitol,” she continued. “There were detailed posts of plans to attack online. Law enforcement warned that these posts were real threats and even made arrests days leading up to the attack.”

Rep. Maxine Waters also revealed in an interview just after the Capitol riots she had warned the Capitol Police Chief Steven Sund about the danger several days prior to the attack.

Nonetheless, the Capitol Police was effectively issued a ‘stand down’ order, the NY Times recently confirmed, and the National Guard was ordered to maintain a light presence. This is unusual on its face, given that the nation’s most influential politicians had gathered for one of the most divisive events in decades.

But the organized left’s planning for expected protests extends into early 2020, when a shadowy collection of union leaders, radical organizations, and corporations sought out ways to “fortify” the upcoming election against a potential uprising.

In a “Time” article titled, “The Secret History of the Shadow Campaign That Saved the 2020 Election,” the advanced planning was revealed.

The language here is enlightening. According to the memo’s prediction, Trump “will use the right-wing information system to establish his narrative and incite his supporters to protest.” This suggests that the “incitement” narrative, invoked at former President Trump’s impeachment trial, had been set months in advance.

The new revelations about the FBI further suggest that the law enforcement agency has become nothing more than an arm for the Democratic Party’s political witch hunts. If the FBI was a non-partisan agency, it would have been seeking out left-wing agitators such as Antifa and radical BLM activists, which caused billions in damage and killed dozens at riots throughout 2020.

Instead, the FBI would violate the law to seek out “right-wing extremists” that did a fraction of the destruction of radical groups, and who is not provably found to have killed anyone at the January 6th Capitol riot. It is further evidence for how political — and dangerous — the FBI has truly become.