The news broke on Tuesday that the name of the suspected mass shooter in the Boulder, Colorado supermarket incident was released. The suspect, who is accused of killing ten innocent people, including a police officer, is named Ahmad al Alissa.

“Police have identified the suspect in the Boulder, Colo., shooting as Ahmad Alissa,” the New York Daily News reported. “The 21-year-old is charged with 10 counts of murder in the first degree in connection with the Monday afternoon shooting at the King Sooper supermarket, police said Tuesday at a press conference.”

Reports also surfaced that the Biden administration has been briefed on potential ISIS sympathies.

BREAKING: Biden has been briefed the Colorado shooter had ISIS sympathies, per WH official

There is even more harrowing information that is being reported by Posobiec.

National security agencies are tracking information that Boulder shooter Ahmad Al-Issa planned to travel to Syria in summer 2020 but was unable due to COVID lockdowns, per WH official

CO GOP HQ was also scoped out, same with a few christian, catholic & mormon churches / LDS temples, not certain yet why he settled for market, per official

Early information from a national security agency suggests Boulder shooter planned to target the Trump rally in Colorado Springs, Feb 2020, but decided to wait until the next one on March 13 in Denver but it was cancelled due to COVID, per WH official

Nonetheless, there were several blue check Twitter commentators who assumed a “white” person must have been responsible for the atrocity. 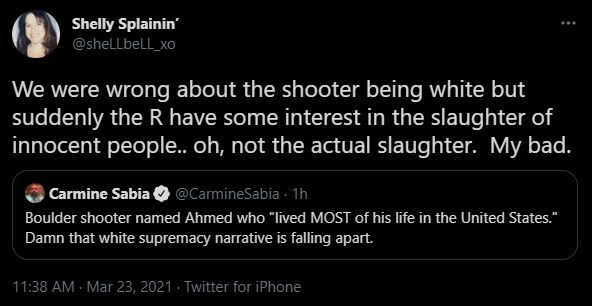 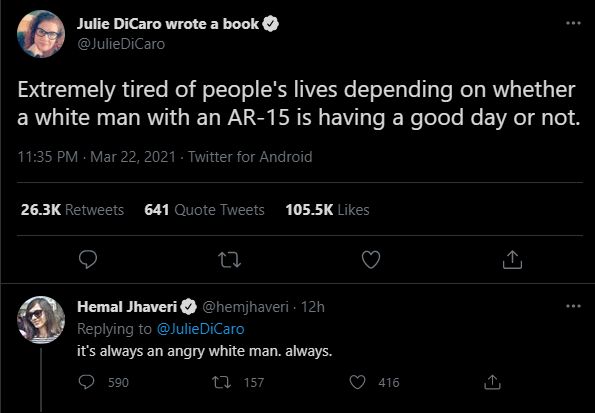 There were others pointed out by social media expert Caleb Hull.

While the suspect al Alissa’s social media accounts are being scrubbed, Becker News has been able to obtain various posts from the suspects’ accounts that defy the left-wing narrative. 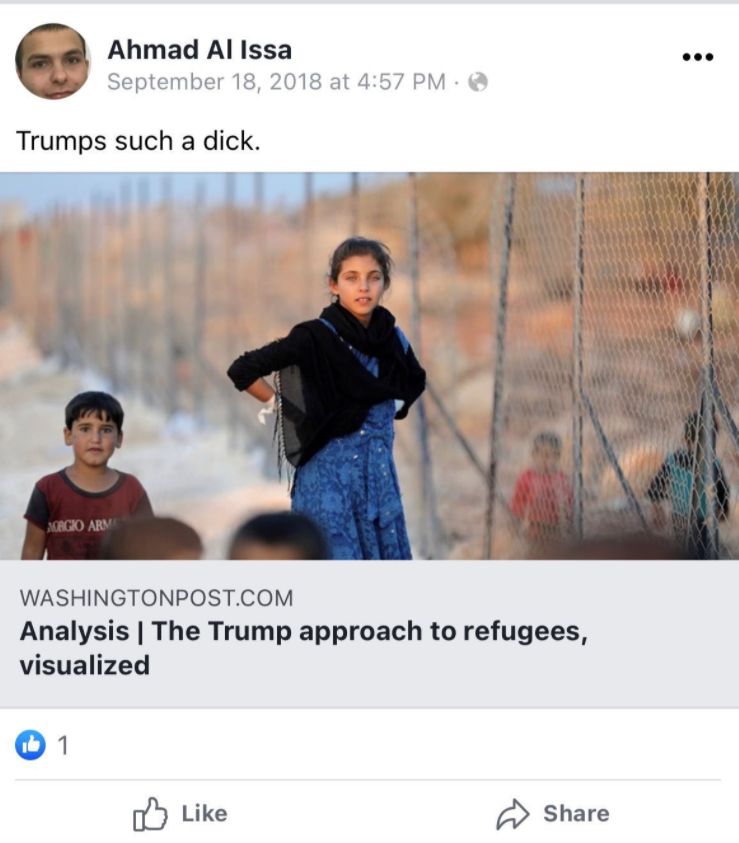 They show a pattern of anti-Trump rage and vitriol. 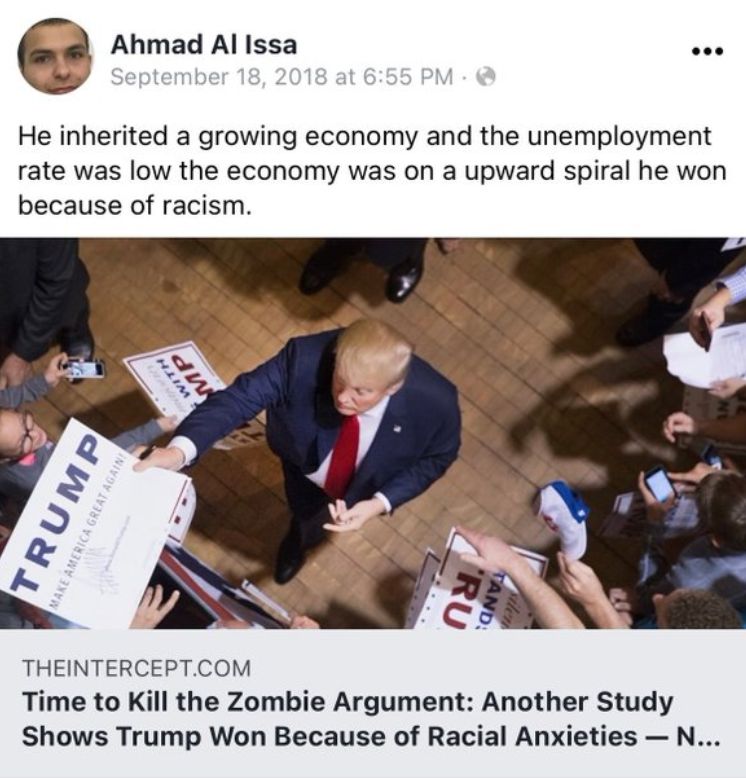 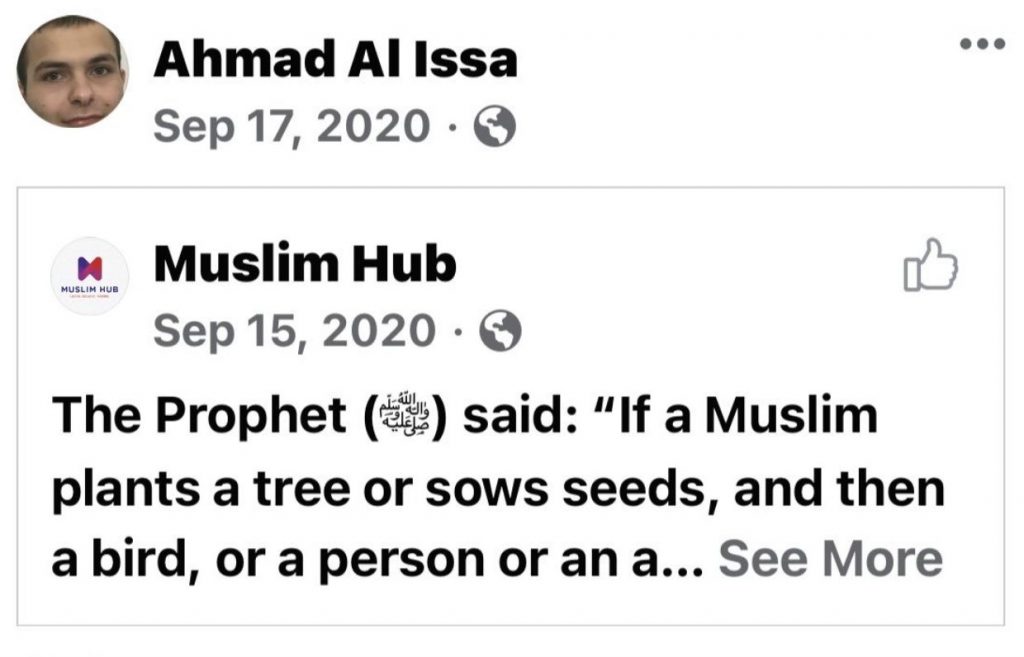 It is not yet clear if al Alissa was an Islamic extremist, but it appears from his social media posts that he was a proponent of Islam. 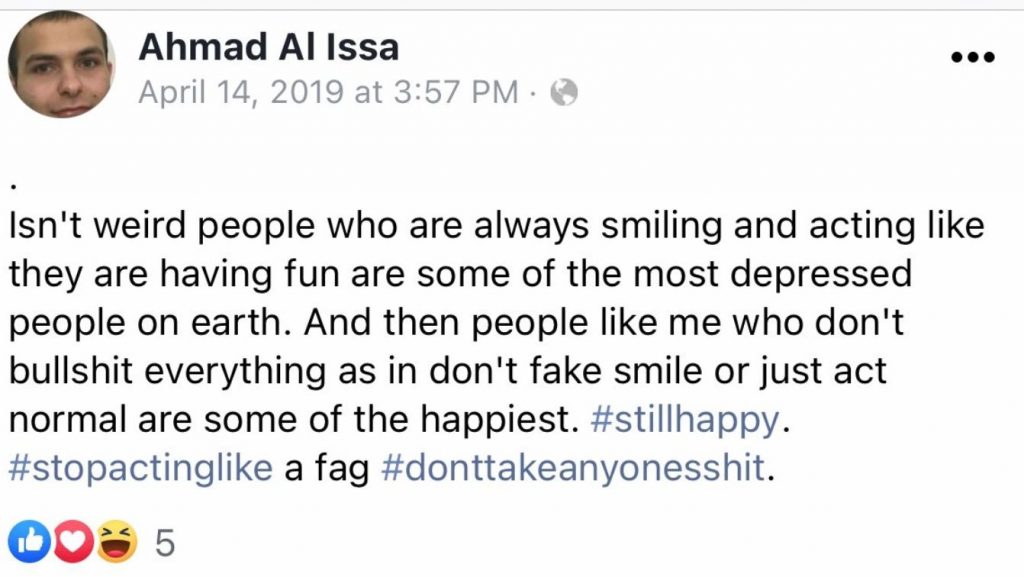 It also appears that al Alissa was not reluctant about using inflammatory language that the left would characterize as “homophobic.” 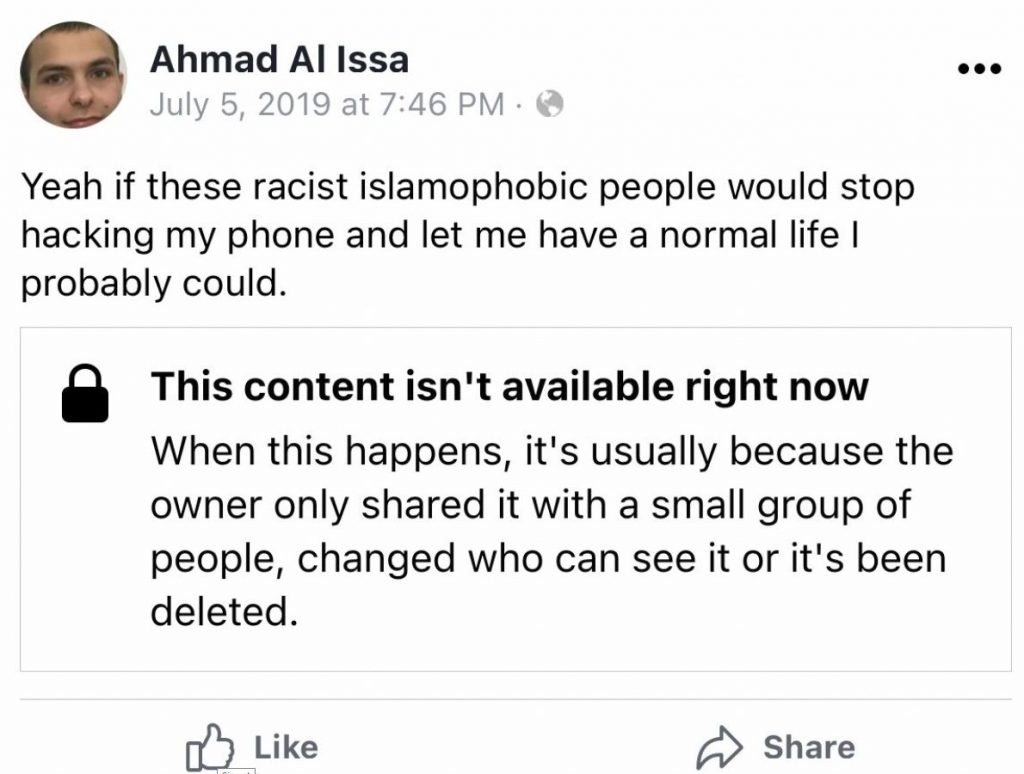 While at the same time, al Alissa drew on the language of the left, such as blaming daily life inconveniences on “racist, Islamophobic people.”

As noted on Sunday, there has been a surge of “hate crimes” against Americans that may plausibly be explained as media-fueled bias against conservatives, Republicans, Trump supporters, and even regular Americans.

Since the case of the suspected Boulder shooter doesn’t fit the media narrative of a spike in right-wing mass shooting, just like the Atlanta shooter’s motives don’t appear to fit that of an anti-Asian “hate crime,” expect the coverage to disappear over the next few days.