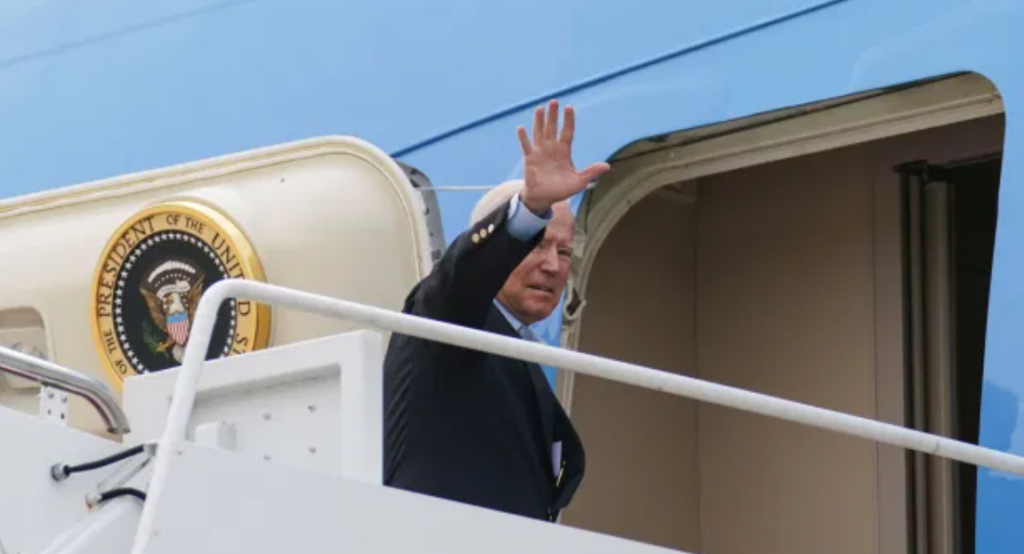 As COVID-19 case rates and fatalities plummet in the United States and around the world, President Biden has revealed that he intends to announce a global plan for vaccinations while on his first foreign trip as president.

“U.S. President Joe Biden said on Wednesday he will be announcing a vaccine plan for the world as he headed to Europe for his first foreign trip as president,” Reuters reported.

“I have one, and I’ll be announcing it,” Biden told reporters before boarding Air Force One.

Biden’s trip is part of a whirlwind European tour that will see him meet with Queen Elizabeth, as well as Russian president Vladimir Putin, among other world leaders.  Reuters reported on the first leg of President Biden’s trip.

“Biden will make his first stop at the seaside village of St. Ives in Cornwall where he will participate in the G7 summit. The meeting is expected to be dominated by vaccine diplomacy, trade, climate and an initiative for rebuilding infrastructure in the developing world,” the report said. “U.S. officials see that effort as a way to counter China’s growing influence.”

In March, the Washington Post reported that while the Biden administration had publicly disavowed a government mandate for COVID passports,” it had been in secretive talks behind the scenes with private companies to implement them.

“The Biden administration and private companies are working to develop a standard way of handling credentials — often referred to as ‘vaccine passports’ — that would allow Americans to prove they have been vaccinated against the novel coronavirus as businesses try to reopen,” the Washington Post earlier reported.

The Biden administration’s extensive cross-agency collaboration show that the initiative was seriously considered. The intergovernmental discussion followed upon the Communist Chinese’s contact-tracing app, which it utilized in the early stages of the COVID pandemic.

“It is the latest effort by the Chinese government to use its sprawling surveillance system to contain the new coronavirus outbreak,” Reuters reported in February 2020. “The state news report, shared Monday on the website of China’s National Health Commission, does not detail how the app works, but said several government agencies collaborated ‘to ensure accurate, reliable and authoritative data’.”

New York launched its COVID passport in March, following a trial run on thousands of New Yorkers testing the program. The Excelsior Passport was “the first of its kind to be rolled out in United States and allows specific sites that administer COVID vaccines or test for the coronavirus to upload the data to the app,” the Gothamist reported.

It is unclear what the Biden administration meant by a “vaccine plan for the world.” But if the past 18 months is any precedent, the U.S. government will keep pushing to infringe on Americans’ civil liberties until there is considerable political pushback.