Dan Crenshaw Surprises Audience with Response on Running for U.S. Senate in 2024 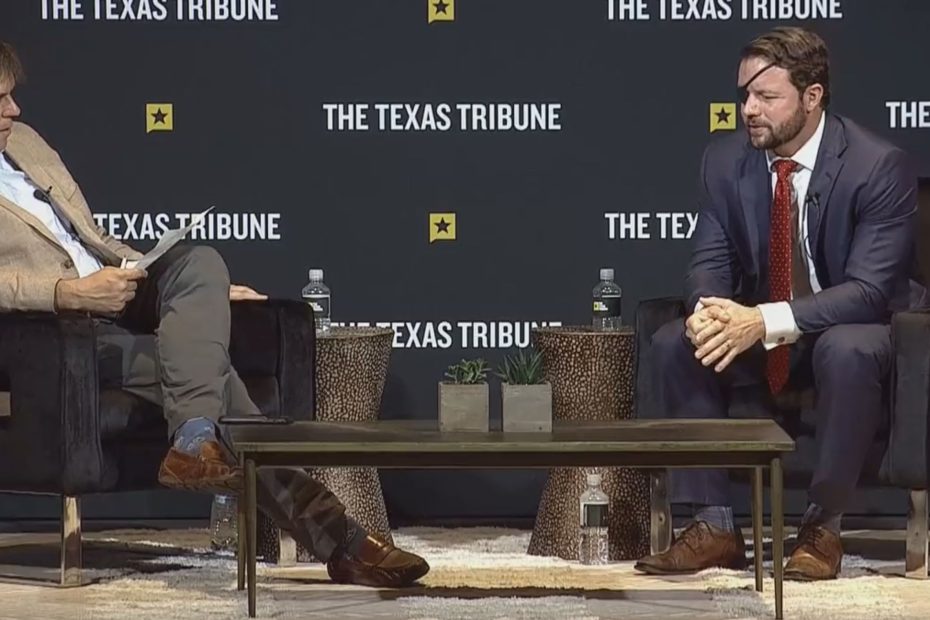 Texas Rep. Dan Crenshaw is surprising many political observers with his response to an interview question posed by the Texas Tribune on whether or not he plans to run for U.S. Senate in 2024.

“Right now I want to serve as the chairman of that committee and win this next election,” Crenshaw responded. “I’m going to do the politician thing and… because it doesn’t help me either way to give you any indication…”

“I asked because Ted Cruz, obviously it’s up in 2024, in this state, but he may run for president,” the interviewer noted. “He may not run for reelection.”

“I could firmly say no to that,” Crenshaw replied. “Especially if I get this chairmanship…”

“Yeah. I mean, I’d be on… I’m already on the best, I’d be on the,I’m already on one of the best committees. And so, so my options next year are either I get to be chairman of Homeland or I’m still on this great committee, versus, you know, running a statewide race, making a bunch of promises, he still can’t keep and then going to get a basement office as a junior Senator. No, I’m good.”

Dan Crenshaw is currently on the House Energy and Commerce Committee, as well as subcommittees on Health and Environment & Climate Change.

America First conservatives have often accused Crenshaw of ‘selling out’ to globalist interests, rather than representing the nation that he was elected to serve.

However, there is one misperception about Dan Crenshaw, regardless of his track record in Congress: He was not officially a member of the “Young Global Leaders” at the World Economic Forum. That is because there is no formal induction into this globalist club: It is merely posted online without ceremony or even agreement by a nominee.

Dan Crenshaw in January denied being a WEF Young Global Leader in an interview with podcaster Tim Pool. According to Heritage Action, Crenshaw scores as your average House Republican. It is unclear if that is good for Dan Crenshaw or a black mark against House Republicans.

Either way, Dan Crenshaw intends to stay in the House and does not intend to run for Senate in 2024.