The Department of Homeland Security issued a statement on Saturday night that acknowledges the situation on the southern border is a state of emergency. It indicates FEMA is now supporting DHS’s handling of Biden’s border crisis.

“Homeland Secretary Alejandro N. Mayorkas has directed the Federal Emergency Management Agency (FEMA) to support a government-wide effort over the next 90 days to safely receive, shelter, and transfer unaccompanied children who make the dangerous journey to the U.S. southwest border,” the statement read.

“The federal government is responding to the arrival of record numbers of individuals, including unaccompanied children, at the southwest border,” DHS continued. “Since April 2020, the number of encounters at the border has been rising due to ongoing violence, natural disasters, food insecurity, and poverty in the Northern Triangle countries of Central America. The federal government is working around the clock to move unaccompanied children from U.S. Customs and Border Protection (CBP) to the U.S. Department of Health and Human Services’ (HHS) care and to place them with a family member or sponsor until their immigration case is adjudicated. The risks posed by the spread of COVID-19 have made this mission all the more difficult.”

The DHS is now working with FEMA to process the children and place them in sponsor homes. The Biden administration recently lowered the requirements and scrutiny of families for sponsorship, which may lead to other problems, such as child exploitation and abuse. 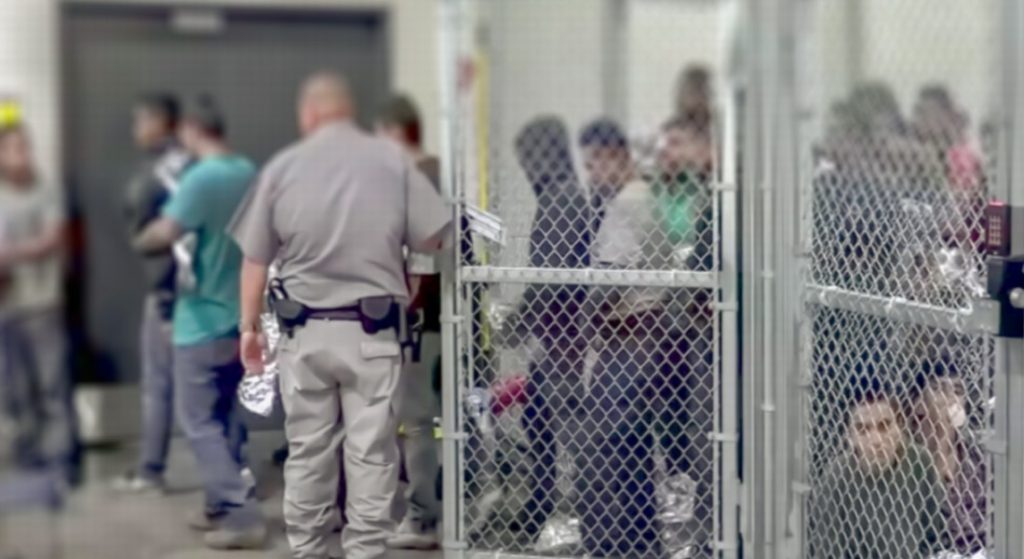 “FEMA is now integrated and co-located with HHS to look at every available option to quickly expand physical capacity for appropriate lodging,” the statement continued. “The workforce of DHS, including CBP, the Federal Protective Service, U.S. Immigration and Customs Enforcement, and volunteers from across the Department through the DHS Volunteer Force, will help to provide shelter capacity, security, and other support as needed. ”

One Texas youth migrant shelter is so bad that over seven times the capacity recommended for the shelter has been exceeded. 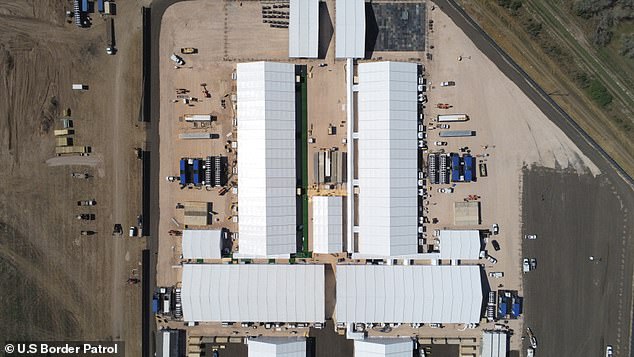 “ICE has asked for volunteers to send to the US-Mexico border ‘as soon as this weekend’ as a south Texas migrant complex is seven times over capacity and reports are surfacing of children being forced to sleep on floors of detention centers,” the Daily Mail reported.

“So far in March, more than 4,200 people are arriving into America across the border per day, which if sustained would rival the 132,856 apprehensions recorded in May 2019 – which was the most in 13 years,” the Mail continued.

In addition, CBS reports a “staggering number of migrant children detained at a Border Patrol facility in south Texas face overcrowded conditions, with some held for as long as seven days,” according to lawyers contacted by the outlet.

One lawyer said that children were going hungry, and some only showered once in seven days.

“Some of the boys said that conditions were so overcrowded that they had to take turns sleeping on the floor,” attorney Neha Desai said regarding a migrant holding facility in Donna, Texas.

President Biden has issued executive orders that limit ICE’s ability to arrest and detain illegal immigrants, although Texas has successfully challenged the Biden EO in federal court. In addition, all progress on the construction of a wall at the southern border has been halted.

Meanwhile, the Biden administration continues to deny that the conditions along the southern border represent a “crisis.”

On Thursday, White House Press Secretary Jen Psaki dodged questions about migrant youths being held in “jail-like conditions,” which had been referred to under the Trump administration as “kids in cages.”

“These are the policies we’re taking to address what we feel is a vital human challenge at the border,” Psaki said. “But what our responsibility here is to do is to project and convey what policies we’re taking, what the President’s commitment is. That’s exactly what we’re doing and we don’t see the need to put new labels.”

The White House can indeed avoid labels, but the same journalists who lambasted the Trump administration for putting “kids in cages” need to be consistent. This is indeed “Biden’s border crisis.”