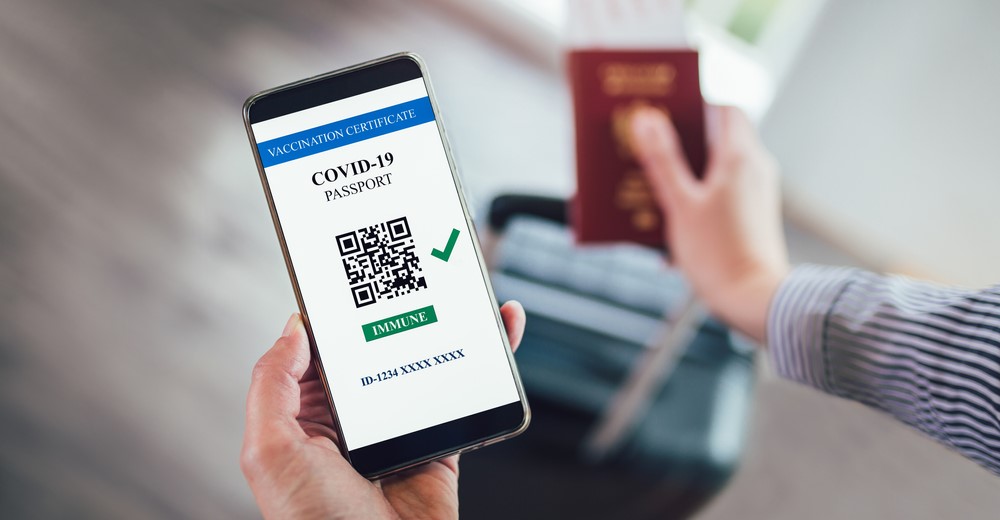 The world is one step closer to implementing “COVID passports.” A “digital COVID certificate” was just agreed upon in principle in the European Union.

“The European Union (EU) proposed the ‘Digital Green Certificate’ in the third week of March,” reports WeGo.com, a travel website. “It will act as proof that a person has been vaccinated against COVID-19, received a negative test result, or recovered from COVID-19, and enable ‘safe’ people to move freely within the EU countries.”

“The Digital Green Certificate will be available in digital or paper format, free of cost to all Europeans,” the report continues. “The security and authenticity of the certificates will be substantiated through a QR code.”

The QR codes are becoming a preferred method of digital documentation for governments, although security advocates warn that they are open to technical manipulation and cannot be verified without a scanner.

“The Digital Green Certificate will be valid in all EU Member States and open for Iceland, Liechtenstein, Norway as well as Switzerland,” the report continued. “It will be issued to EU citizens and their family members, regardless of their nationality, as well as non-EU nationals who reside in the EU and to visitors who have the right to travel to the other Member States.”

The Digital Green Certificate is the same conceptually as a “COVID passport,” which would ‘allow’ members of society to frequent businesses and events, as well as travel. COVID passports in the United States would violate the Fifth Amendment, since “the right to travel is a part of the ‘liberty’ of which the citizen cannot be deprived without due process of law.”

“As of May 2021, member states have agreed upon the main technical specifications to be adopted by the Digital Green Certificate and inching closer towards official standardization,” WeGo adds. “The 27 member states are also looking to include non-EU countries such as Norway, Iceland and Switzerland, with plans of allowing vaccinated travellers from the US to potentially visit Europe this summer.”

“For its planned summer debut, the digital certification will only recognize coronavirus vaccines authorized by the European Medicines Agency, the bloc’s drug regulator,” the report continues. “The vaccine roster extends to Pfizer, Moderna, AstraZeneca and Johnson & Johnson. As of yet, the EMA has not approved any vaccines from Russia or China but is currently examining and monitoring data for Russia’s Sputnik V vaccine”

Denmark has already instituted COVID passports, while a number of U.S. states have banned them from impementation, including Florida, Texas, Mississippi, Montana, South Carolina, and Arkansas. In sum, at least 18 states have instituted some kind of ban or limitation on vaccination requirements, according to Becker’s Hospital Review.

“The Biden administration and private companies are working to develop a standard way of handling credentials — often referred to as ‘vaccine passports’ — that would allow Americans to prove they have been vaccinated against the novel coronavirus as businesses try to reopen,” the Washington Post reported.

“The effort has gained momentum amid President Biden’s pledge that the nation will start to regain normalcy this summer and with a growing number of companies — from cruise lines to sports teams — saying they will require proof of vaccination before opening their doors again,” the report continued.

“The administration’s initiative has been driven largely by arms of the Department of Health and Human Services, including an office devoted to health information technology, said five officials who spoke on the condition of anonymity to discuss the effort,” the report added.

“The initiative has emerged as an early test of the Biden administration, with officials working to coordinate across dozens of agencies and a variety of experts, including military officials helping administer vaccines and health officials engaging in international vaccine efforts,” the Washington Post report noted.

The U.S. Congress earlier introduced a bill to ban the use of COVID passports. The legislation is being sponsored by House Freedom Caucus Chair Andy Biggs, a Republican from Arizona.

The bill, called the “No Vaccine Passports Act,” would “stipulate that federal agencies could not issue standardized documentation showing an individual has gotten a COVID-19 vaccine nor could they require proof of a COVID-19 vaccine to access federal grounds.”

The legislation would be an answer to states like New York, which has already begun implementing a mobile app known as the Excelsior Pass.

“Vaccine passports will not help our nation recover from COVID-19; instead, they will simply impose more Big Brother surveillance on our society,” Biggs told The Hill. It appears that the European Union intends to use the COVID-19 pandemic as an excuse to do just that.