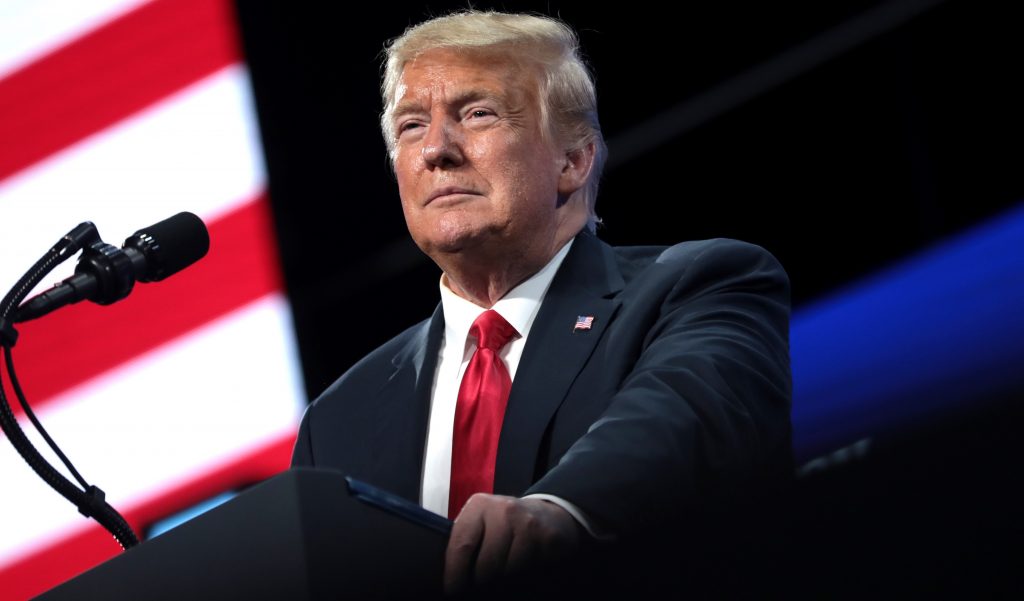 Donald Trump has issued a warning to GOP groupds, such as the RNC, NRCC and NRSC to stop using his name in official fundraising publications, emails and merchandises.

The “scoop” was reported in Politico’s Playbook today.

“TRUMPS SENDS CEASE-AND-DESIST TO RNC, NRCC AND NRSC,” Politico reported. “Lawyers for former President DONALD TRUMP sent out cease-and-desist letters Friday to the three largest fundraising entities for the Republican Party — the RNC, NRCC and NRSC — for using his name and likeness on fundraising emails and merchandise, a Trump adviser tells Playbook.”

Further explanation was provided by Politico in the report.

“We reported yesterday that Trump was furious that his name has been bandied about by organizations that help Republicans who voted to impeach him — without his permission,” the report continued. “Trump, who made his fortune in licensing, has always been sensitive to how his name has been used to fundraise and support members, even while in office.”

The cease-and-desist letter was trigger by recent emails by the RNC.

“On Friday, the RNC sent out two emails asking supporters to donate as a way to add their name to a “thank you” card for Trump,” Politico said. “President Trump will ALWAYS stand up for the American People, and I just thought of the perfect way for you to show that you support him!” the email states. “As one of President Trump’s MOST LOYAL supporters, I think that YOU, deserve the great honor of adding your name to the Official Trump ‘Thank You’ Card.” There was also a follow-up email.

“Privately GOP campaign types say it’s impossible not to use Trump’s name, as his policies are so popular with the base,” the report added. “If Trump really wants to help flip Congress, they argue he should be more generous. His team, however, sees this differently.”

As reported here earlier, Donald Trump has been gearing up to go to “war” with the GOP.  Multiple reports from senior advisers and members of Trump’s inner circle indicate that the former president is done playing “nice” with the Republican establishment.

“According to three people familiar with the planning, Trump will soon begin vetting candidates at Mar-a-Lago who are eager to fulfill his promise to exact vengeance upon incumbent Republicans who’ve scorned him, and to ensure every open GOP seat in the 2022 midterms has a MAGA-approved contender vying for it,” Politico reported in February.

But contrary to Politico’s report, the former president is “absolutely” looking to help the Republican Party win back the House in 2022, albeit with the candidates he wants to win.

“This alone should be reason enough for Democrats to suffer withering losses in the mid-terms and to lose the White House decisively four years from now,” he said after lambasting the Democrats’ record. “Who knows? I may even decide to beat them for a third time.”