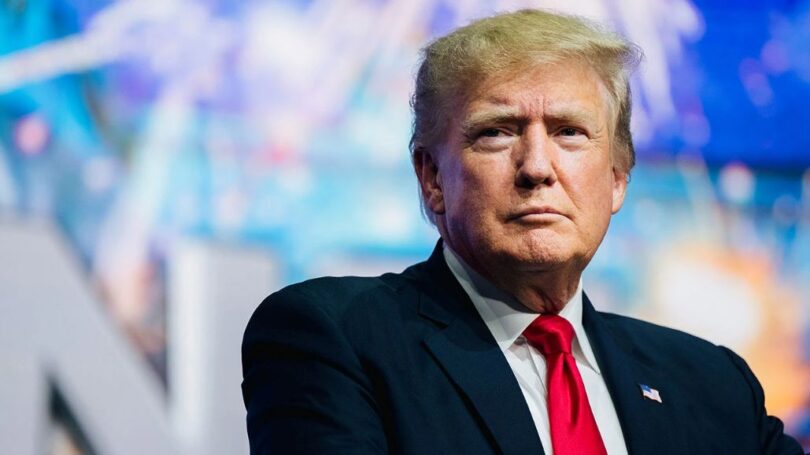 Donald Trump is canceling his scheduled January 6 press conference. He explained why he made the decision and what he is doing instead in a press release.

“In light of the total bias and dishonesty of the January 6th Unselect Committee of Democrats, two failed Republicans, and the Fake News Media, I am canceling the January 6th Press Conference at Mar-a-Lago on Thursday, and instead will discuss many of those important topics at my rally on Saturday, January 15th, in Arizona—It will be a big crowd!” the statement said. 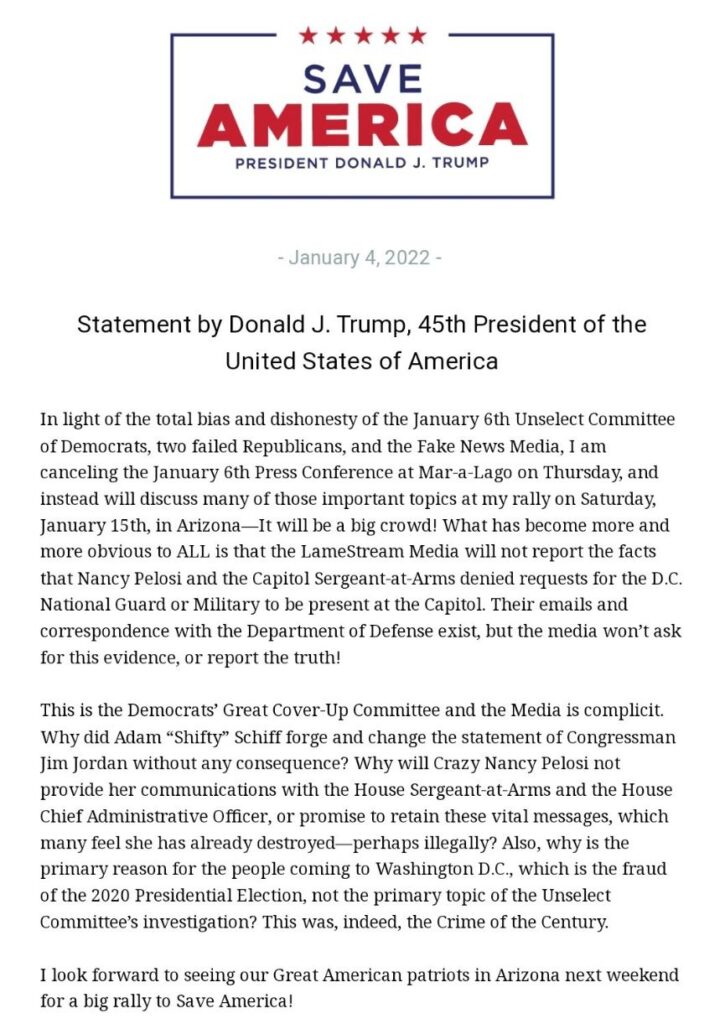 “What has become more and more obvious to ALL is that the LameStream Media will not report the facts that Nancy Pelosi and the Capitol Sergeant-at-Arms denied requests for the D.C. National Guard or Military to be present at the Capitol. Their emails and correspondence with the Department of Defense exist, but the media won’t ask for this evidence, or report the truth!” the statement added.

“This is the Democrats’ Great Cover-Up Committee and the Media is complicit. Why did Adam ‘Shifty’ Schiff forge and change the statement of Congressman Jim Jordan without any consequence? Why will Crazy Nancy Pelosi not provide her communications with the House Sergeant-at-Arms and the House Chief Administrative Officer, or promise to retain these vital messages, which many feel she has already destroyed—perhaps illegally? Also, why is the primary reason for the people coming to Washington D.C., which is the fraud of the 2020 Presidential Election, not the primary topic of the Unselect Committee’s investigation?” he asked. “This was, indeed, the Crime of the Century.”

“I look forward to seeing our Great American patriots in Arizona next weekend for a big rally to Save America!” the statement concluded.

A new poll shows that more Americans accepted Biden’s presidential election than Donald Trump’s election. If anything is a “danger to democracy,” it’s the Democratic Party.