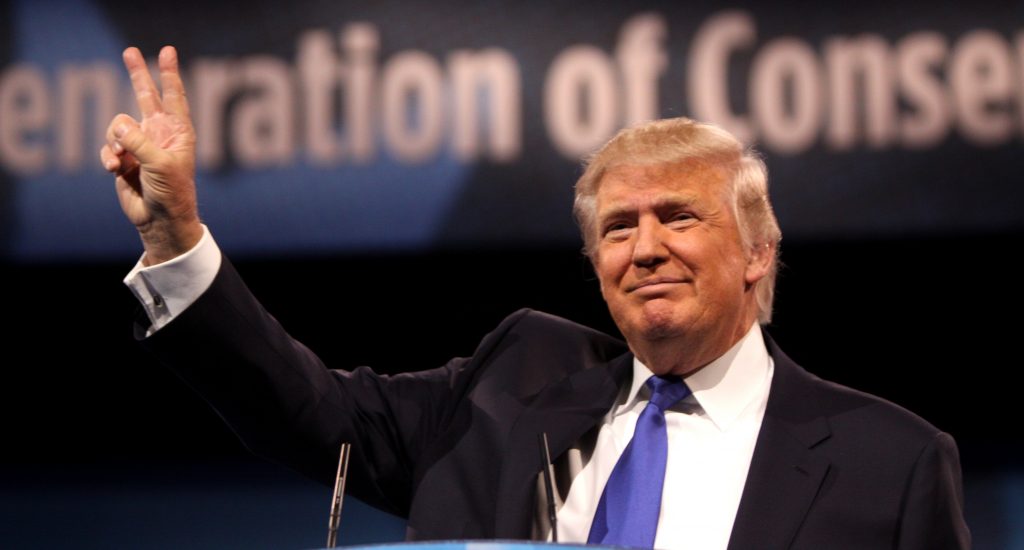 Former President Donald Trump met with House Minority Leader Kevin McCarthy and issued a statement that should provide a lot of hope to Republicans who are watching in horror and disbelief as the Biden administration issues executive order after executive order that attacks the very institutional foundations of this country. 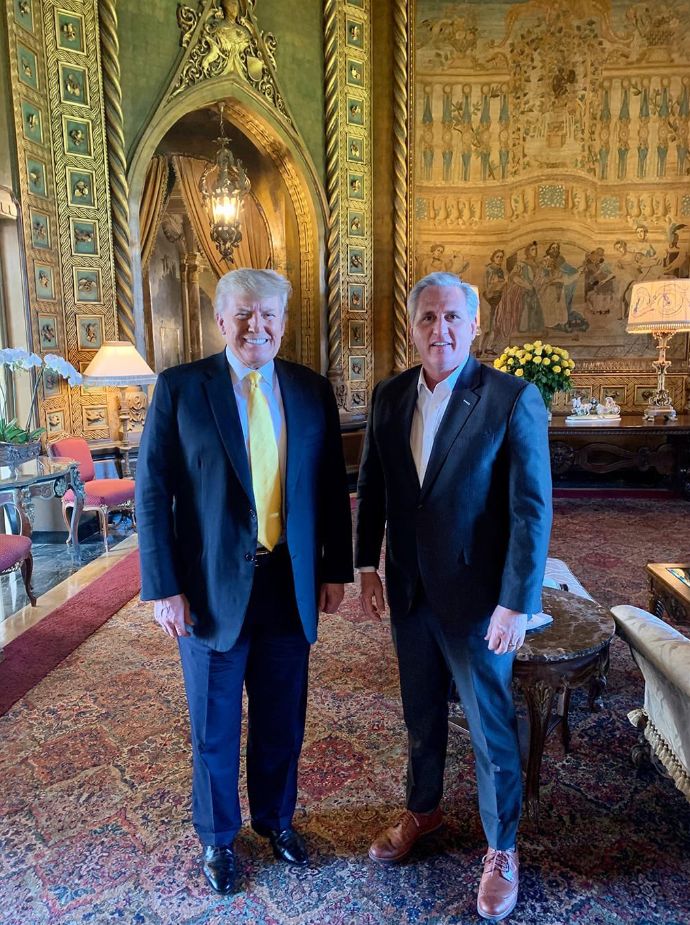 The statement on Donald Trump’s meeting reads as follows: 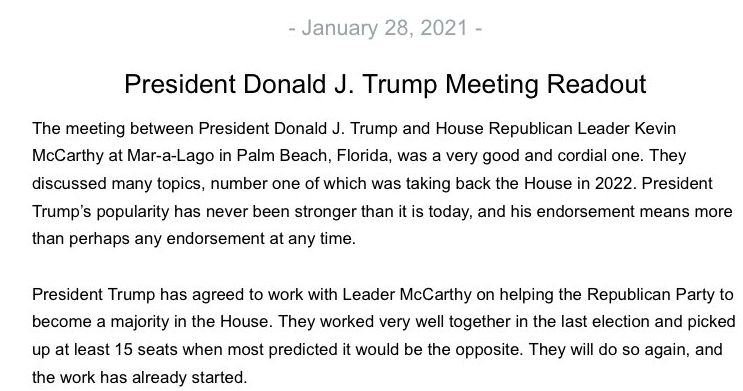 “The meeting between President Donald J. Trump and House Republican Leader Kevin McCarthy at Mar-a-Lago in Palm Beach, Florida, was a very good and cordial one,” it reads. “They discussed many topics, number one of which was taking back the House in 2022. President Trump’s popularity has never been stronger than it is today, and his endorsement means more than perhaps any endorsement at any time.”

“President Trump has agreed to work with Leader McCarthy on helping the Republican Party to become a majority in the House,” it continues. “They worked very well together in the last election and picked up at least 15 seats when most predicted it would be the opposite. They will do so again, and the work has already started.”

Notably, the press release, as reported by CBS News, refers to Donald Trump as the “President.” Recently, Donald Trump opened up the Office of the Former President. As stated in that release:

“Today, the 45th President of the United States, Donald J. Trump, formally opened the Office of the Former President.

“The Office will be responsible for managing President Trump’s correspondence, public statements, appearance, and official activities to advance the interests of the United States and to carry on the agenda of the Trump administration through advocacy organizing and public activism.

President Trump will always and forever be a champion for the American People.”

There has been a lot of talk about former President Trump potentially backing, or even forming, a third party that would be called the “Patriot Party” or a “MAGA Party.”

While this doesn’t rule out that Donald Trump might form or back a third party, it certainly shows that he doesn’t have any interest in killing off the radical Democrats’ main source of political competition in America, just yet.