Donald Trump has issued a statement on the passing of conservative radio legend Rush Limbaugh at age 70: 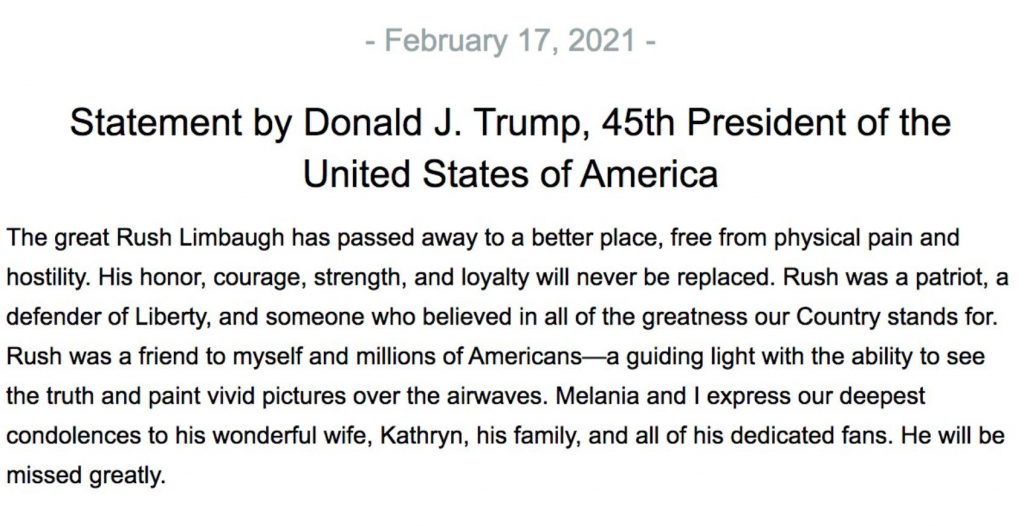 “The great Rush Limbaugh has passed away to a better place, free from physical pain and hostility,” Trump’s statement read. “His honor, courage, strength, and loyalty will never be replaced.”

“Rush was a patriot, a defender of Liberty, and someone who believed in all of the greatness our Country stands for,” he continued.

“Rush was a friend to myself and millions of Americans — a guiding light with the ability to see the truth and paint vivid pictures over the airwaves,” Trump said.

“Melania and I express our deepest condolences to his wonderful wife, Kathryn, his family, and all of his dedicated fans. He will be missed greatly.”

NOW READ: Donald Trump Reacts to the Death of Talk Radio Legend Rush Limbaugh: ‘He Was a Fighter’