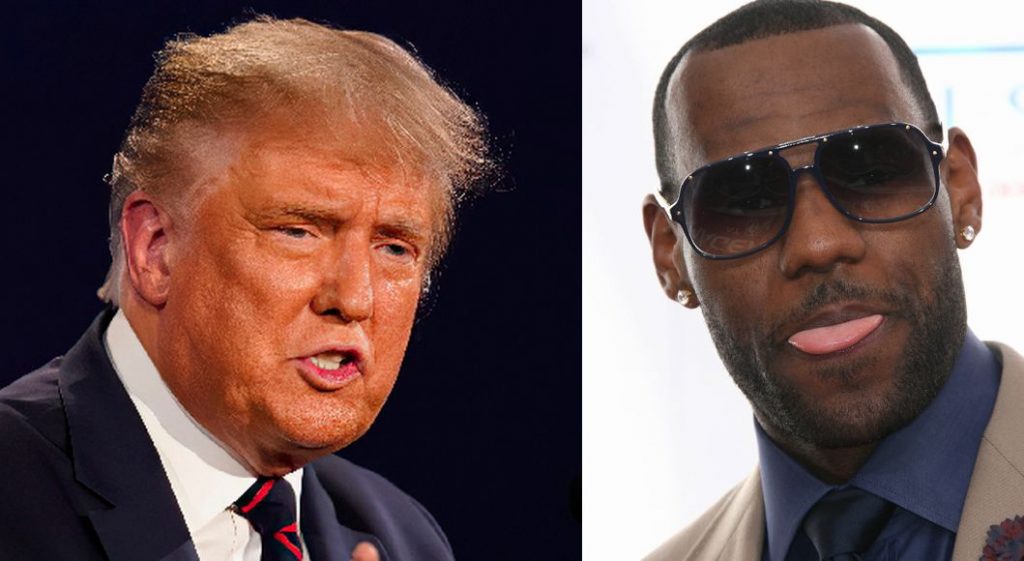 Donald Trump has taken down ‘King James’ a few notches after his ignorant statement on the police officer’s shooting of 16-year-old Ma’Khia Bryant on Tuesday.

“LeBron James should focus on basketball rather than presiding over the destruction of the NBA, which has just recorded the lowest television RATINGS, by far, in the long and distinguished history of the League,” Trump said.

“His RACIST rants are divisive, nasty, insulting, and demeaning,” he added. “He may be a great basketball player, but he is doing nothing to bring our Country together!”

On Wednesday, LeBron issued a tweet that called for “accountability” for the police officer who shot 16-year-old Ma’Khia Bryant.

.@KingJames, with his vast resources & influence, should educate himself and, frankly, has a responsibility to do so, on the facts before weighing in. This is disgraceful & extremely reckless.

The officer saved a young girl's life. No amount of gaslighting will change that fact. pic.twitter.com/GTHn1VAAlf

James deleted the tweet and blamed others for calling him out over the post, which threatened a police officer.

ANGER does any of us any good and that includes myself! Gathering all the facts and educating does though! My anger still is here for what happened that lil girl. My sympathy for her family and may justice prevail! 🙏🏾✊🏾🤎👑

I’m so damn tired of seeing Black people killed by police. I took the tweet down because its being used to create more hate -This isn’t about one officer.  it’s about the entire system and they always use our words to create more racism. I am so desperate for more ACCOUNTABILITY

Multiple body cam videos show that the officer shot Bryant while trying to stab a young girl in pink. You can hear on video that Bryant told her “I’m gonna stab the f**k out of you, b*tch” before she was fatally shot.