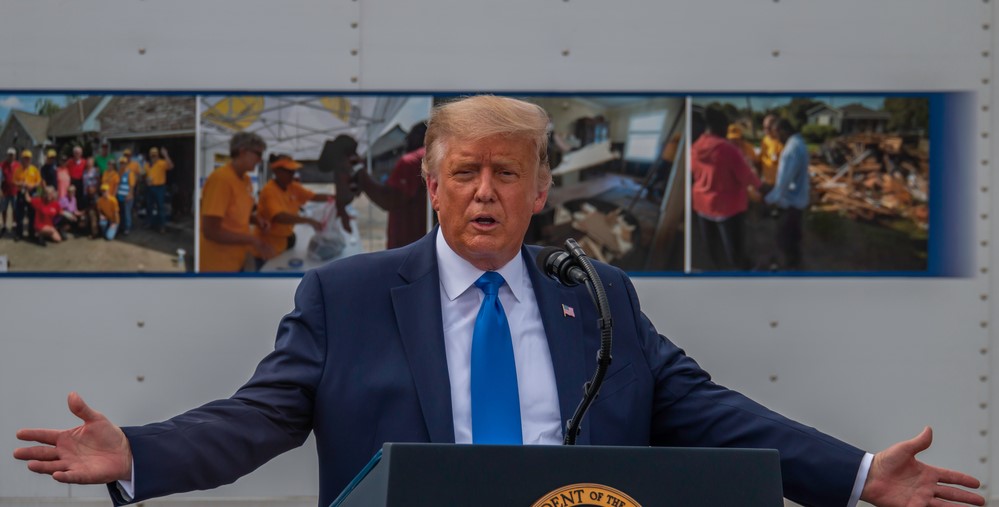 During the same week when there was a ‘false alarm’ that Donald Trump was being let back onto Facebook and Instagram, the Tech Titan has issued another statement on how long it plans to suspend Donald Trump from its platform, at a minimum. It will be two years.

“Facebook  said it is suspending Donald Trump’s accounts for two years, formalizing a longterm penalty for the former U.S. president after its independent Oversight Board said the company was wrong to keep the ban open-ended,” the Wall Street Journal reported.

“Facebook said it would revisit the suspension two years from the date of its initial move to suspend him on Jan. 7, the day after the riot at the U.S. Capitol,” the report added.

“Given the gravity of the circumstances that led to Mr. Trump’s suspension, we believe his actions constituted a severe violation of our rules which merit the highest penalty available under the new enforcement protocols,” the company wrote in a blog post on Friday.

The time frame puts the former president’s social media clout out of question for influencing the 2022 mid-term elections. It is obviously a politically motivated move that has nothing to do with ‘safety’ or any other arguably legitimate reason.

“No. Nothing about the status of President Trump’s presence on our platform has changed. He remains indefinitely suspended,” Andy Stone of Facebook said in a response on Twitter.

In the aftermath of Facebook’s decision to uphold his suspension in late March, Donald Trump lashed out at Big Tech giants that colluded to keep him from speaking to the American people on their platforms.

“What Facebook, Twitter, and Google have done is a total disgrace and an embarrassment to our Country,” Trump wrote on his now-disbanded digital platform.

The news follows upon Donald Trump shutting down his “From the Desk of Donald J. Trump” website permanently, The website is now replaced with a page for subscribers to receive “alerts” from the president. Trump adviser Jason Miller told CNBC, which first reported the page’s shutdown, that the blog is being shut down for good.

Advisers close to Donald Trump recently told Fox News that he planned to “move forward” with launching his own social media platform, which some hope will rival that of Twitter.