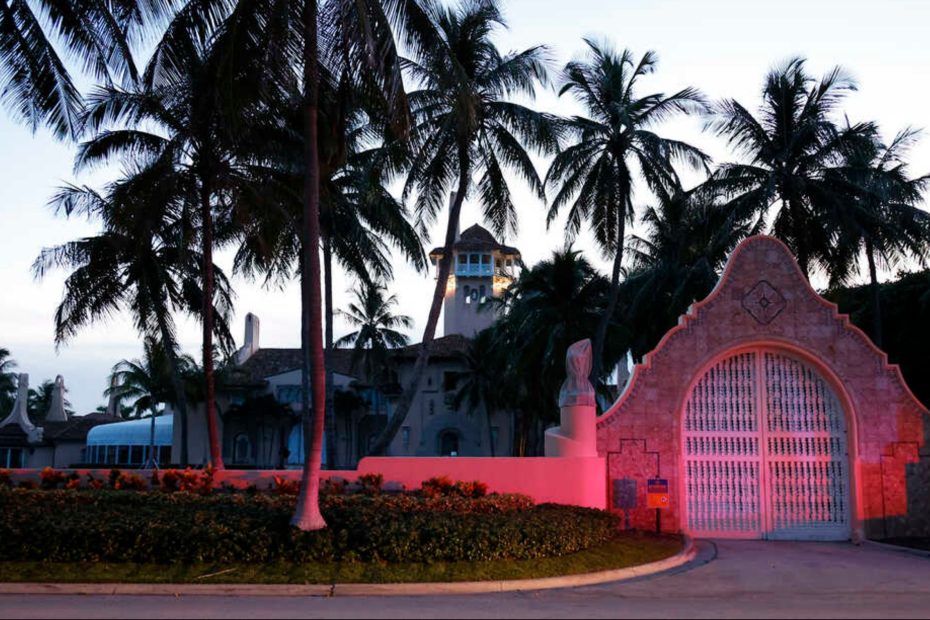 New court documents show the FBI seized 184 documents with ‘classified’ markings on them. 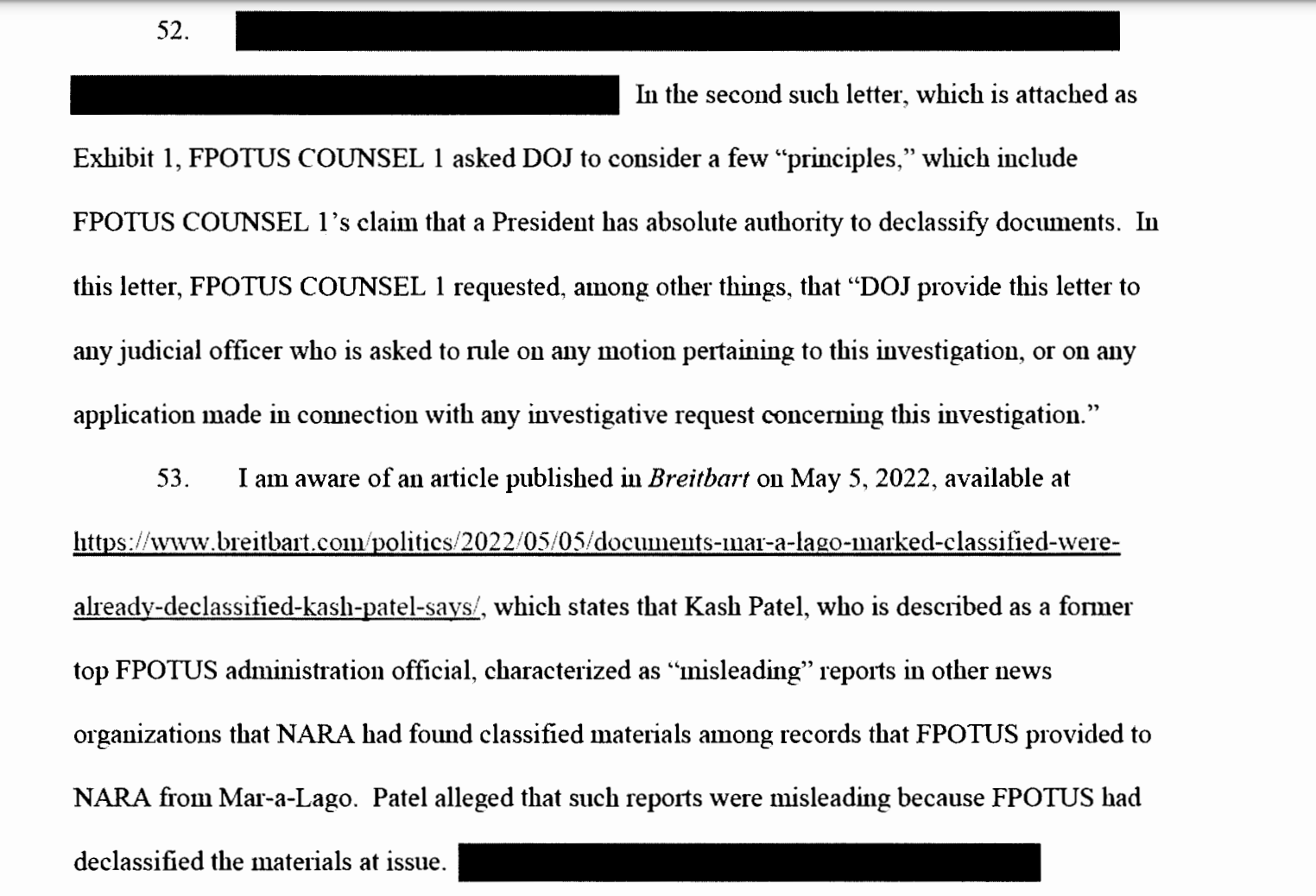 “I am aware of an article pubilshed in Breitbart on May 5, 2022, available at https://www.breitbart.com/politics/2022/05/05/documents-mar-a-lago-marked-classified-were-already-declassified-kash-patel-says/, which states that Kash Patel, who is described as a former top FPOTUS (Trump) administration official, characterized as ‘misleading’ reports in other news organizations that NARA had found classified materials among records that FPOTUS provided to NARA from Mar-a-Lago,” the Dept. of Justice document states. “Patel alleged that such reports were misleading because FPOTUS had declassified the materials at issue.”

Thus, as argued by Human Events editor Jack Posobiec, the FBI knew all along that the documents it was seizing weren’t technically classified because they were in the possession of a former president who had declassified them.

.@JackPosobiec on the release of the redacted Mar-a-Lago search affidavit: "It's 38 pages long, 18 of those pages are redacted … There is no explanation in this whatsoever why this required a raid…" pic.twitter.com/zk1ZXsveyA

That is the reason for the June meeting, and as the search warrant affidavit shows, the FBI is arguing that the documents were not properly secured, because they were in “unauthorized spaces” — not that the president illegally possessed classified materials.

“People say, look, he issued orders, a lot of orders, declassifying information before he left office. Do you know anything about this?” Levin asked.

“As a former Deputy Director of National Intelligence, I know how this system works,” Patel responded. “The president is the sole and universal arbiter and classification authority in the United States of America. If he says a document is declassified, or a set of them, that is it, there is no written material required. That is a fiction being created by the fake news and the radical left.”

“In October of 2020, President Trump put out for the world to see a sweeping declassification order and he did it via social media,” Patel points out. “Every single Russiagate doc, every single Hillarygate doc, every one, those are his words. That is the precedent that the president of the United States is allowed to operate under. And then in December and January, on the way out, I witnessed him declassify whole sets of documents. So it is not incumbent upon President Trump and his lawyers and he as a target of this investigation to show that he did, in fact, declassify them. It’s up to the government who has the burden of proof, who are trying to deprive a man of his liberty, to show that no such order was, in fact, given.”

“They know they can’t. So what happens?” he continued. “The fake news mafia comes in and says, ‘Oh, but there was no protocols followed.’ Mark, you know, when they’re arguing protocols and procedure, it is because they lost the factual argument and the truth. And now they are trying to hide behind this magistrate judge who is going to supposedly play this game of redactions. We saw it in Russiagate. When I was the Deputy DNI, we lifted all those redactions from the Russiagate docs and what did we see, Mark? Corruption, FBI and DoJ corruption and breaking of the law. That is the same game they are going to play here and the fake news media is going to attempt to applaud them for their farce in terms of their transparency. We cannot allow them to do that. The President declassified documents, the government has failed to show that that did not occur, protocol do not apply to the president of United States when he is declassifying documents.”

“I know for a fact that President Biden has classified access at one of his homes, so those such documents exist there, and they should as for former president the of the United States and that law and that rule should apply equally, but the Government Services Administration is responsible for packaging and parceling those documents,” Patel continued.

“The law should be applied, there should not be a two-tiered system of justice. Clinton, Obama, Bush and Trump as former presidents must be treated equally when it comes to classified information,” he added.