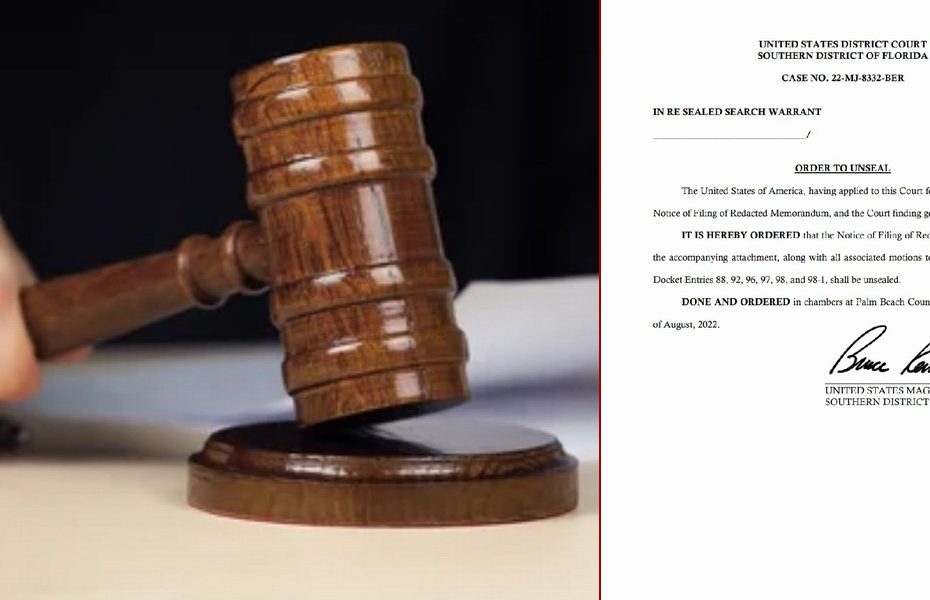 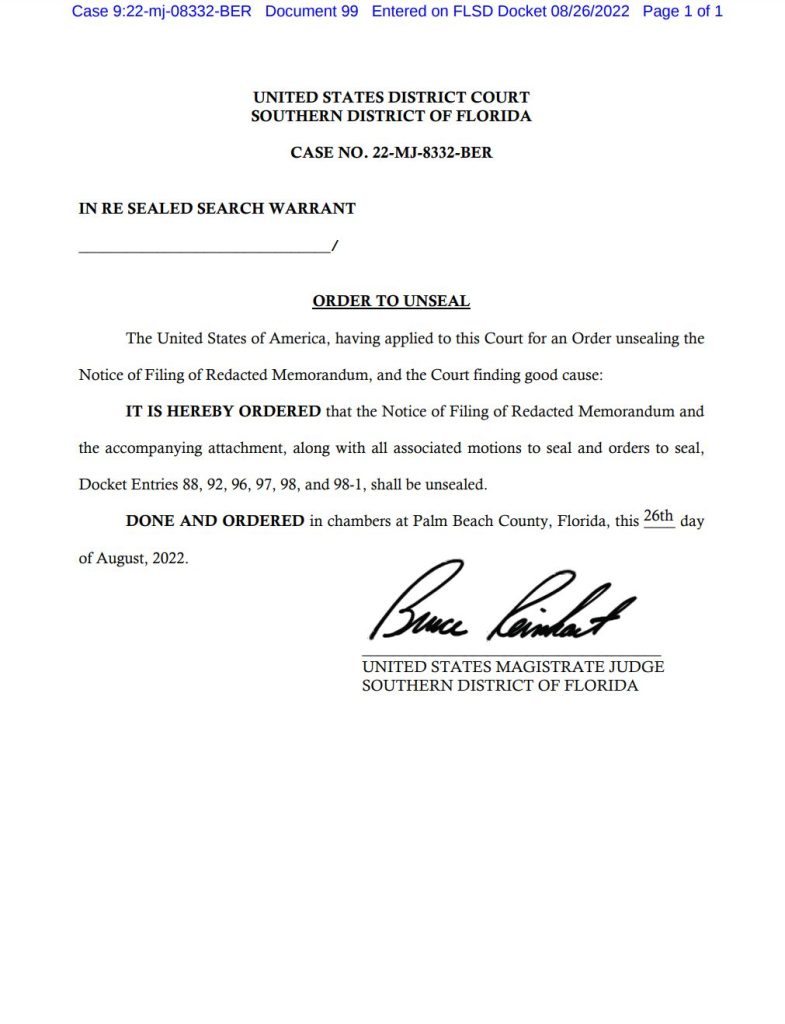 Docket entry 99 states: “Order to Unseal. ORDERED that the Notice of Filing of Redacted Memorandum and the accompanying attachment, along with all associated motions to seal and orders to seal, Docket Entries 88. 92. 96. 97, 98, and 98-1, shall be unsealed. Signed by Magistrate Judge Bruce E. Reinhart on 8/26/2022/).”

The Trump search warrant affidavit with redactions can be read below:

Trump Raid Affidavit (with Redactions) by Kyle Becker on Scribd

The U.S. Attorney’s argument that the document remain sealed was released accompanying the judge’s order.

“The United States hereby gives notice that it is filing the attached document, which is a redacted version of material previously filed in this case number under seal: the United States’ Sealed, Ex Parte Memorandum of Law Regarding Proposed Redactions (DE89),” the document states. “In the interest of transparency, as well as the principle that limitations on public access to judicial proceedings should be “narrowly tailored,” Globe Newspaper Co. v. Superior Court, 457 U.S. 596, 607 (1982), the government will move at the appropriate time to unseal this notice and the redacted version of its Ex Parte Memorandum.”

A sample of the redactions in the document can be seen below: 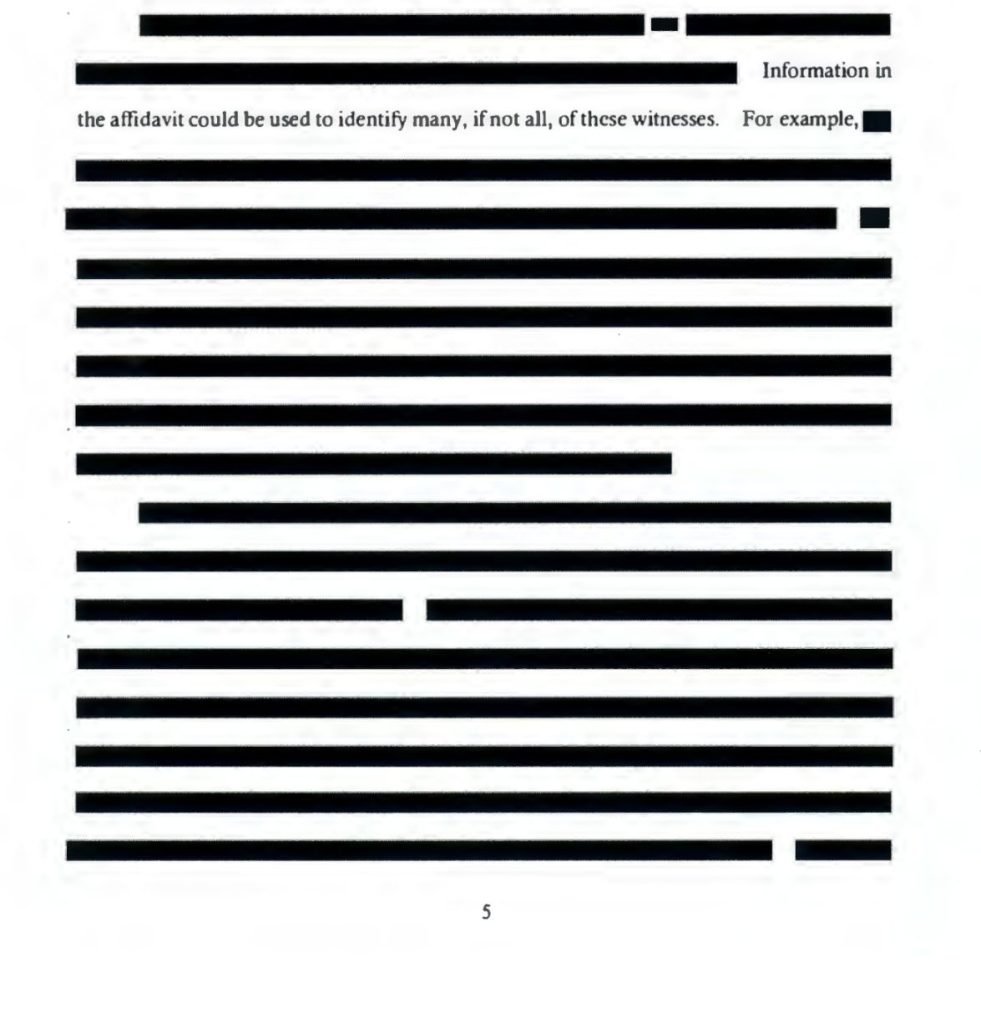 The following is from page 6: 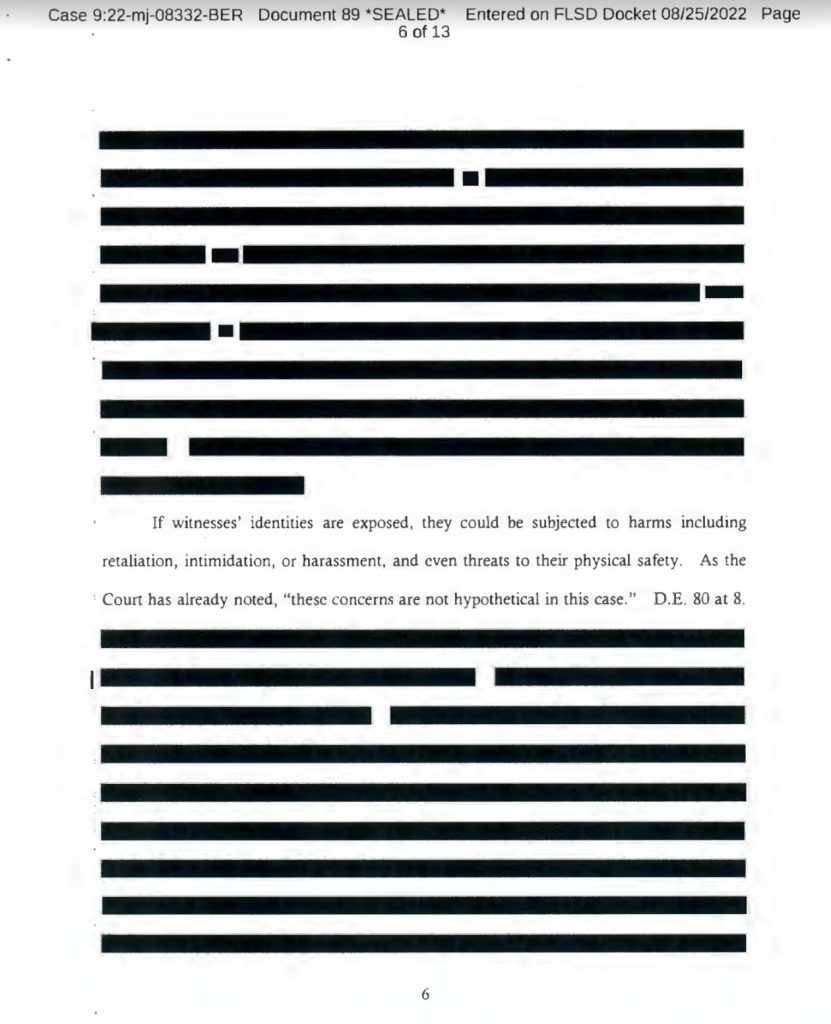 It continues onto page 7: 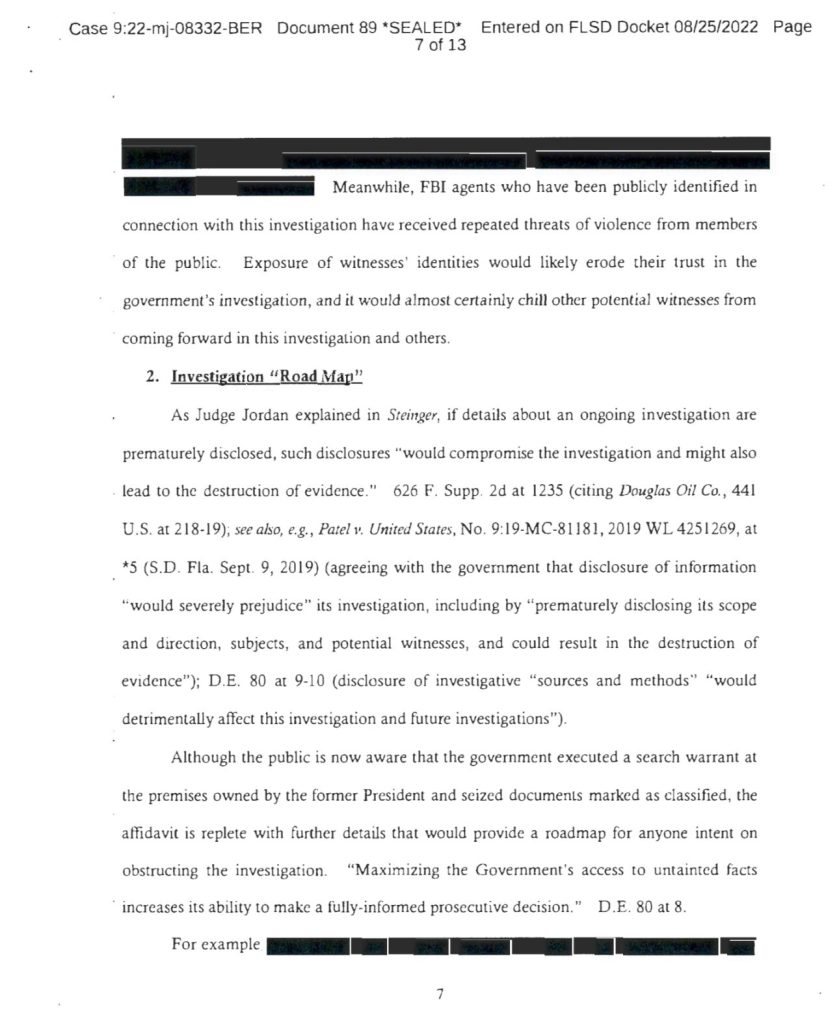 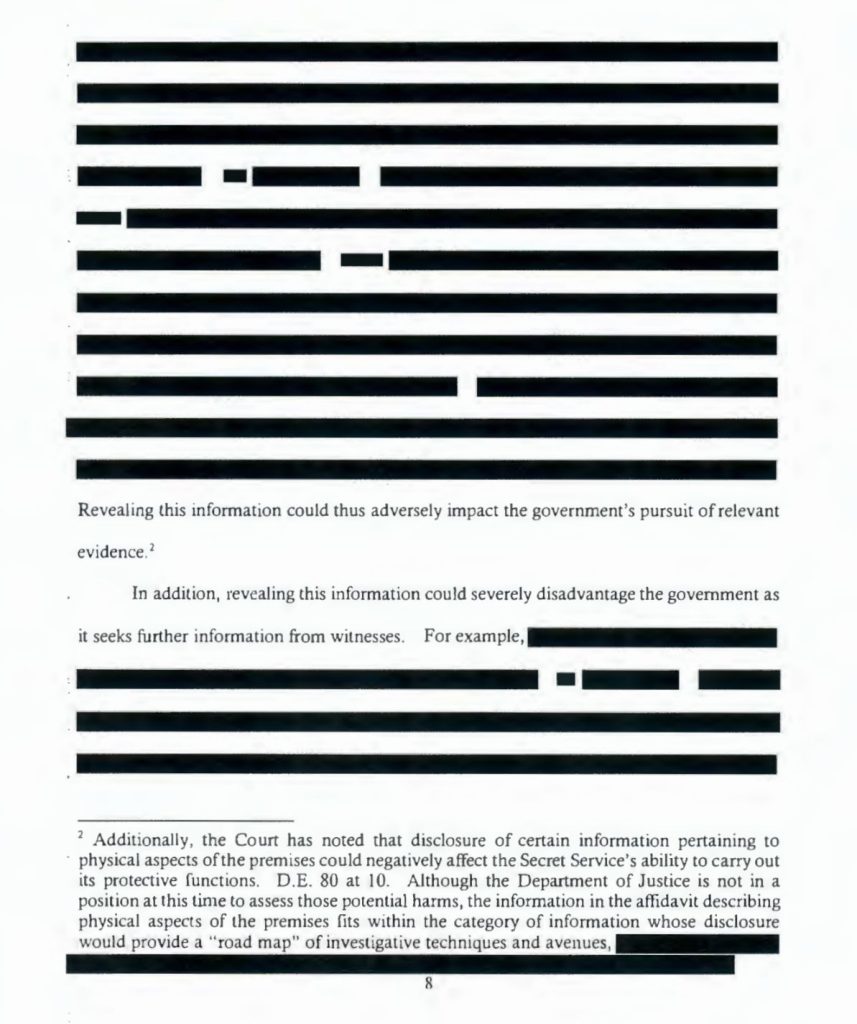 The Department of Justice, under U.S. Attorney Juan Atonio Gonzales, further argued that the text marked for redaction should remain under seal.

The entire document can be read below:

New docket entries for the Florida Southern District Court earlier indicated that several entries are to be ‘restricted/sealed until further notice.’Florida judge Bruce Reinhart, who had originally signed off on the FBI’s search warrant, gave the Department of Justice until noon on Friday to submit its advised redactions on the search warrant affidavit used to justify the unprecedented raid on former President Donald Trump.

Judge Bruce Reinhart in a filing on Monday morning announced that formally he rejected “the Government’s argument that the present record justifies keeping the entire Affidavit under seal.”

Donald Trump has filed a lawsuit asking that a Special Master be instated to secure documents that fall under executive privilege and attorney-client privilege.

This is breaking news. More information will be added as forthcoming…