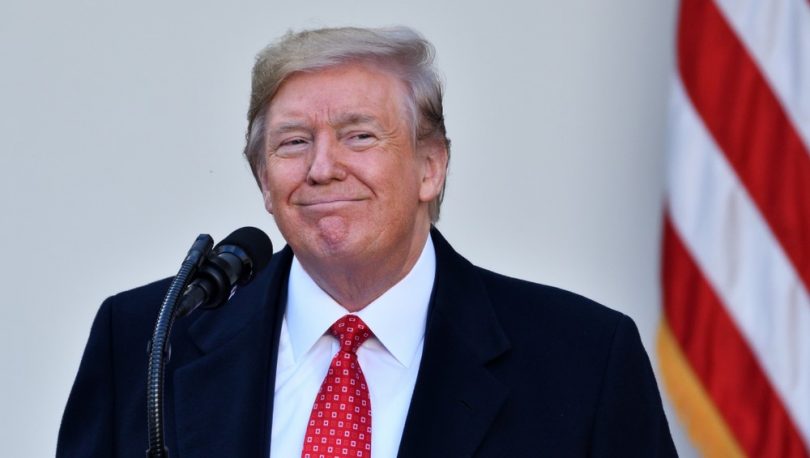 Donald Trump was handed a legal exoneration on Monday night regarding a batch of lawsuits brought against him by protesters at Lafayette Park. The judge dismissed the cases.

“A federal judge has dismissed the bulk of a series of lawsuits against the federal government over the use of force to drive Black Lives Matter protesters out of Lafayette Park last year, but will allow protesters to continue to seek damages from Washington, D.C. and Arlington County, Va. over the actions of their police forces,” Politico reported.

“The plaintiffs asserted the government used unnecessary force to enable a photo op of President Donald Trump holding a Bible outside of the historical St. John’s Church,” the Washington Post noted. “But U.S. District Judge Dabney L. Friedrich of Washington called allegations that federal officials conspired to make way for the photo too speculative.”

It is, however, much more definitive than that. An Inspector General’s report on the Lafayette Park incident found that it was not cleared of protesters so he could take a “photo-op.”

“When federal police officers violently cleared protesters from the city’s Lafayette Park in June 2020, they did it so a contractor could install fencing — not to let President Donald Trump hold a photo opportunity at a nearby church, an investigation by the Interior Department’s inspector general has found,” NBC reported.

“That finding, published Wednesday, is likely to surprise many critics of Trump, who have long asserted that the president or his attorney general ordered the operation to pave the way for an act of political theater,” the report continued. “That is also the central allegation of a federal lawsuit by Black Lives Matter against the Justice Department.”

“The report found no evidence of that, but did find that Attorney General William Barr urged officials to speed up the clearing process once Trump had decided to walk through the area that evening,” the report added.

Donald Trump reacted to the Department of the Interior Inspector General’s findings in a statement.

“Thank you to the Department of the Interior Inspector General for Completely and Totally exonerating me in the clearing of Lafayette Park!” Trump wrote.

“As we have said all along, and it was backed up in today’s highly detailed and professionally written report, our fine Park Police made the decision to clear the park to allow a contractor to safely install antiscale fencing to protect from Antifa rioters, radical BLM protestors, and other violent demonstrators who are causing chaos and death to our cities,” Trump continued. “In this instance, they tried burning down the church the day before the clearing.”

“Fortunately, we were there to stop the fire from spreading beyond the basement – and it was a great honor and privilege to do so,” he added. “Again, thank you to the Inspector General!”

Rachel Maddow, the New York Times, NBC and others reported on the clearing of Lafayette Park as a “scandal” in June of 2020. NBC called it “among the most ridiculous presidential photo-ops anyone has ever seen, at least in this country” in regards to Donald Trump holding up a Bible in front of a church.

“When the history of the Trump presidency is written, the clash at Lafayette Square may be remembered as one of its defining moments,” the New York Times claimed.

If so, one of the “defining moments” of the Trump presidency was one of “complete and total exoneration.”