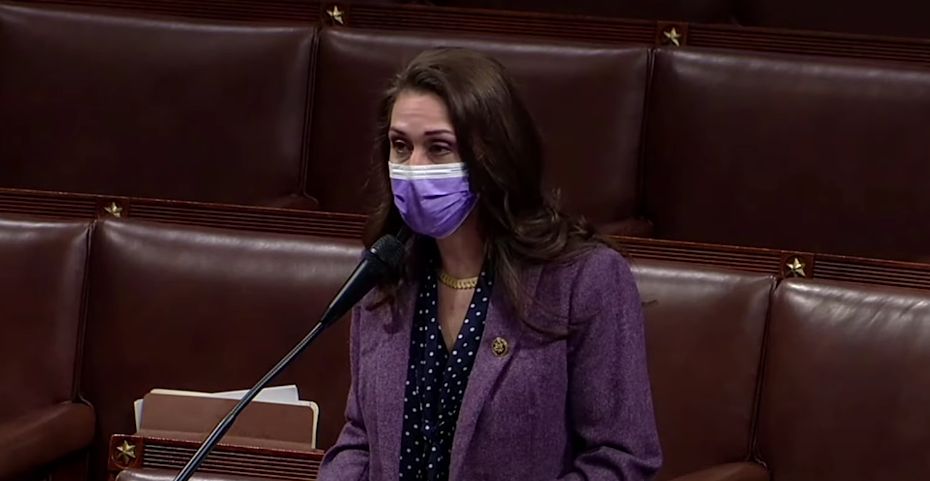 Despite there being virtually no odds of a conviction, some Democrats want to call “witnesses” like Kevin McCarthy and are now subpoenaing Rep. Herrerra Beutler.  They seek to get her notes in a deposition to proceed to the next “phase” of the impeachment trial.

But the Democrats are making a last-minute bid to prolong the public shaming of a former president in their efforts to convince people Trump incited an “insurrection.”

Trump’s attorneys noted that Kevin McCarthy has disputed the content of the phone call, as being widely reported, and as attested by Rep. Herrera Beutler. She had earlier voted for Trump’s impeachment.

The Trump impeachment acquittal is considered by many to be a fait accompli, since only a handful of Republican senators are expected to vote to convict Donald Trump.

House impeachment manager also made the exhortation that Donald Trump impeach himself. A number of Democrats are hoping witnesses will be called in the waning hours of the impeachment trial based on conjecture about the meaning of then-President Donald Trump’s phone call with House minority leader Kevin McCarthy on the day of the capitol riots on January 6th.

In the CNN report, it is claimed that McCarthy and Trump got into a heated, “expletive laced” argument.

“Well, Kevin, I guess these people are more upset about the election than you are,” Trump said, based on the assertions of Republican lawmakers who were purportedly briefed on it.

The news media is already referring to “these people” as explicitly meaning “rioters,” which will predictably morph into becoming “insurrectionists.” But what the contents of the call actually belie is that he did not know who was carrying out the riots, whether it be far-right extremists or Antifa, or anyone other group that had planned the assault.

This is the kind of speech-twisting the media and Democrats have used to attack Donald Trump throughout his time in office — and beyond.

The CNN report continues to use unnamed sources, although we are talking about members of Congress. But at least has one stepped forward to offer corroboration of the call briefing’s contents.

According to Rep. Herrera Beutler’s version of events:

She said McCarthy told the President, “Yes they are, they just came through my windows and my staff is running for cover. Yeah, they’re your people. Call them off.”

She continued her account, according to The Daily News article:

She said McCarthy told the President, “Yes they are, they just came through my windows and my staff is running for cover. Yeah, they’re your people. Call them off.”

Trump’s response, as McCarthy told Herrera Beutler, was, “Well I guess these people are just more angry about the election and upset than you are.”

Herrera Beutler said the President’s failure to respond to the Jan. 6 attack was “a dereliction of duty, a violation of his oath of office to protect the Constitution.”

When Donald Trump disputed that ‘these people’ were even his supporters, even if he was mistaken, it actually corroborates his defense that he had not ‘incited’ the rioters. This is what he said: “They’re not my people.”

When the president was confronted with a claim that was unsubtantiated in his mind, he made a dismissive remark that amounts to an observation about their behavior: They’re just more angryt about the election and upset than you are.” When he was persuaded that he could take action to calm the situation — he did: he told them clearly and unmistakably to “go home.”

“You have to go home now,” he said. “We have to have peace.” Unmistakably clear directive that is not open to interpretation.

The attack on the capitol was pre-planned and there is still no evidence that the president actually had anything to do with the planning, which the Democrats had known about for weeks. The left-wing base’s narrative that Donald Trump would “incite” an insurrection was ready at hand for months.

This latest report merely calls on Americans to engage in leaps of imagination about a politically charged figure in an effort to get them to jump to conclusions. There is no “there, there” when it comes to the impeachment charges. The Trump’s attorneys flatly called it “innuendo.”

It all seems to be a desperate ploy to try to get the Senate impeachment trial of Donald Trump to drag out longer than it already has. Despite there being virtually no odds of a conviction, the Democrats want to call “witnesses” like Kevin McCarthy and Donald Trump himself.