Mike Lindell ‘Violently Attacked’ at Cyber Symposium, According to Report 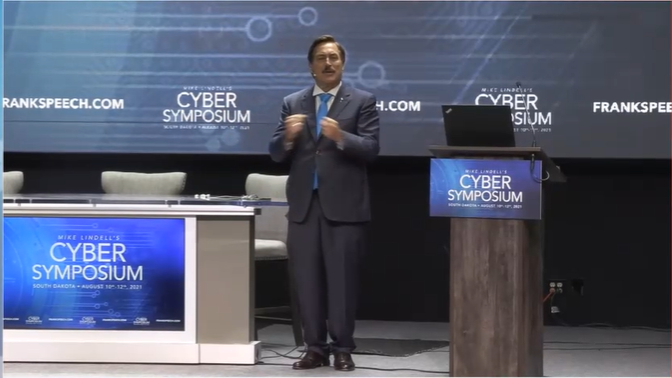 My Pillow CEO Mike Lindell, who has been holding a Cyber Symposium on election integrity, was ‘violently attacked’ last night, according to a report by RSBN.

The executive, who has been on the frontlines trying to bring attention to 2020 election issues, said that “I’m okay, but it hurts.”

He is speaking now, “I’m okay but it hurts” he says.

The incident was reported to have happened at the marathon 72-hour cyber symposium in Sioux Falls, South Dakota, which is set to conclude on Thursday. The events on Day 3 can be watched below;

Lindell has been pushing forth his view that the 2020 election was compromised in the face of severe media opposition and massive lawsuits.

A $1.3 billion defamation suit filed against him by Dominion Voting Systems was cleared by a judge to proceed on Wednesday.

“Lindell attempted to have the defamation lawsuit dismissed during a hearing in June. But US District Judge Carl J. Nichols on Wednesday ruled the three defamation lawsuits against Lindell and the pro-Trump lawyers Sidney Powell and Rudy Giuliani could proceed in full,” the Insider reported. “The suits are seeking more than a billion dollars in damages from each party.”

“Nichols noted in his judgment that the First Amendment offered ‘no blanket immunity'” to Lindell in the Dominion lawsuit,” the Insider continued. “The company alleges it was defamed by Lindell’s false claims that it rigged the 2020 election against Donald Trump.”

‘Whoa’: Judge Orders Man to Get COVID Vaccine or Face Up to 18 Months in Prison