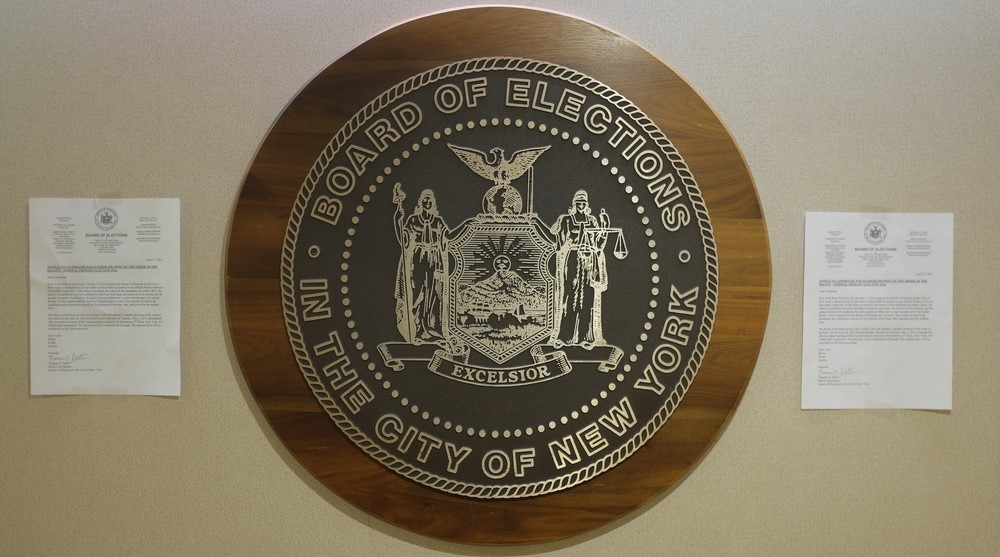 The New York City’s mayoral primary race’s vote count has been voided after a catastrophic error on Tuesday night stemming from election officials’ failure to clear ‘test deck’ data from the tabulators. The election board will tabulate the results again, but the results are not expected until later in July.

“The ranked-choice numbers, it said, would be tabulated again, without the test ballots,” the NY Times reported. “That preliminary tally is now expected sometime Wednesday, though official results that include counts of absentee ballots will not be released until later in July and could look different from the numbers announced this week.”

The NYC race’s confusion began late Tuesday night when the Board of Elections retracted the initial vote results. It had discovered that the results had been corrupted by test deck data that were never cleared from the voting system.

Mayor Bill de Blasio blasted the embarrassing mistake by the Board of Elections on Wednesday. He said that ‘the ranked-choice fiasco that has plunged the 2021 mayoral primary into chaos was further proof that the agency as presently constituted needed to be eliminated and replaced,’ according to the Times.

“Yet again, the fundamental structural flaws of the Board of Elections are on display,” Mr. de Blasio said in a statement. He also called for “an immediate, complete recanvass” of the vote count and “a clear explanation of what went wrong.”

“Going forward,” he added, “there must be a complete structural rebuild of the board.”

Donald Trump  issued a statement to highlight that once again, our elections are failing to instill trust in the electorate.

“Watch the mess you are about to see in New York City,” he added. “It will go on forever.”

“They should close the books and do it all over again, the old-fashioned way, when we had results that were accurate and meaningful,” he said.