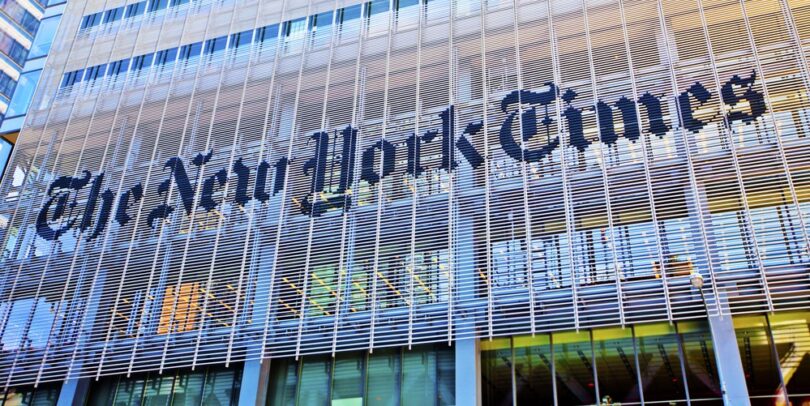 Project Veritas has received a major legal victory against the New York Times in an early Christmas present of sorts for the undercover journalist group. The news was delivered by Project Veritas’ Chief Legal Officer Jared Ede.

“How did NYT obtain the memos?” Ede continued. “Poss. ‘improper means’: ‘The Times incredibly admitted that here ‘no apparent bribery was used to obtain the memoranda.’ … [PV] has met its burden of showing [the memos] were obtained by irregular means, if not both irregular and improper means.”

“But the memos were public concern because it involved PV, no? No: ‘[S]ome things are not fodder for public consideration and consumption. These memoranda … are only between an attorney and a client, and it does not matter one bit who the attorney and client are’,” the lawyer continued.

“[T]he court’s protective order does not act as an impermissible prior restraint on the Times,” the lawyer said, citing the ruling. “As important as the First Amendment’s protection against prior restraints is, on the present facts, the erosion of the attorney-client privilege is a far more imminent concern.”

“Of the Times’ journalism, the court noted: … ‘Hit and run’ journalism is no more protected under the First Amendment, than speeding on a crowded sidewalk is permitted under a valid driver’s license,” the lawyer noted. “[T]his is no defeat for the First Amendment,” wrote the Court. “It would indeed be a Pyrrhic victory…if the Amendment’s safeguarding of the media… were confused with the attempt to constitutionalize the publication of the private, privileged communication …presented here.”

“A hard-fought victory by the indefatigable Libby Locke of Clare Locke LLP, who frequently reminds the NYT that, contrary to internal belief, they are not the most powerful entity in the State of New York,” Project Veritas’ counsel concluded.

Big Development in ‘RICO’ Lawsuit Against Dominion Voting Systems: Judge Threatens to Dismiss Case Due to Lack of Jurisdiction