The Federal Bureau of Investigation has carried out a raid on former President Donald Trump’s home in Mar-A-Lago in Palm Beach, Florida, according to a statement.

These are dark times for our Nation, as my beautful home, Mar-a-Lago in Palm Beach, Florida, is currently under siege, raided and occupied by a large group of FBI agents,” Trump said in his statement.

According to the New York Times, the search is linked to 15 boxes of classified documents Trump allegedly brought to Mar-a-Lago upon leaving White House. Trump was not on site when the search happened, according to reports.

Donald Trump’s statement can be read in part below: 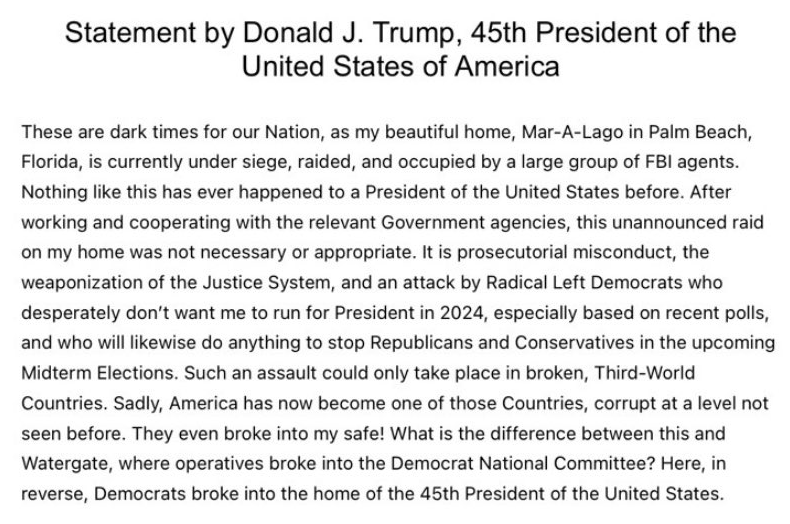 This is a breaking news report. It will be updated as more information is forthcoming.